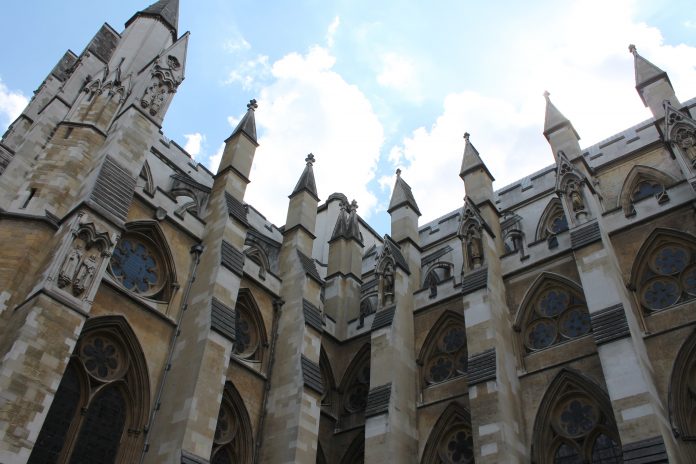 Bishop Jeremy Taylor was one of the early influences on John Wesley’s understanding of holy living. Wesley mentions the impact that reading Taylor had on him as a young man at Oxford University in the opening paragraphs of A Plain Account of Christian Perfection. Taylor’s meditations on holy living and holy dying left Wesley “exceedingly affected,” especially in the seventeenth-century bishop’s view on the purity of intention. In response to reading Taylor, Wesley reports that he “resolved to dedicate all my life to God.” He became convinced that there could be no middle ground between serving God and living a worldly life. Wesley says that there could be “no medium, but that every part of my life . . . must either be a sacrifice to God, or myself; that is, in effect, to the devil.”1

The mid-1720s marked the beginning of the spiritual journey that would carry John Wesley to the leadership of the Methodist revival in subsequent years. In that sense, the impact of Taylor and other writers of the holy living tradition on Wesley’s life was pivotal.

The Life of Jeremy Taylor

Jeremy Taylor’s adult life was lived during one of the most tumultuous periods in English history. Taylor was born in the year 1613 and came of age during the early years of the reign of King Charles I (1625–1649). He did not come from a wealthy family; though he obtained a first-rate education at Gonville and Caius College, Cambridge, Taylor was only able to attend through a scholarship. He matriculated at the university in 1629 with the status of a pauper scholaris.2

Taylor was ordained to the priesthood of the Church of England in 1633 and soon caught the attention of William Laud, the new archbishop of Canterbury. Taylor’s theological and ecclesiastical leanings were shared by Laud. With the young priest’s high churchmanship and devotion to patristic theology, the archbishop likely saw a potential protégé whom he could develop and use in his efforts to reform the Church of England in an increasingly High Church direction. Thus, Taylor gained preferment under Laud’s influence. He first received a fellowship at All Souls’ College, Oxford, and subsequently was made chaplain to the archbishop. In 1638, he was appointed as rector of Uppingham parish in the diocese of London.3 As Taylor’s career began to take off, he married a woman named Phoebe Langsdale and started a family with her that would produce numerous children.

Time was not on Taylor’s side with respect to political developments in England, however. The personal rule of Charles I without parliament proved to be deeply unpopular, and Charles’s chief ministers such as Laud and Thomas Wentworth, Earl of Strafford, would bear much of the Long Parliament’s anger once it was called into session in the fall of 1640. Wentworth was attainted and beheaded in May of 1641. Laud suffered the same fate in January of 1645.4

England was thrown into civil war between those loyal to the king and those loyal to parliament in the late summer of 1642. As the Parliamentarians (with their Puritan religious tendencies) gained the upper hand over time, the clergy who were associated with Laud were made to suffer. Taylor was forced to leave his parish appointment at Uppingham and, like many of his countrymen, lived an uncertain existence over the next several years.5 Jeremy Taylor wrote his twin works on holy living and holy dying during a difficult time in England generally and in his life in particular. He lived under the protection of the Earl and Countess of Carbery at their Golden Grove estate during the later stages of the civil war and the beginning of the interregnum. Yet it was not a happy time for him.6

Eventually the political tenor of England changed. Charles I’s son was invited back to England from the Netherlands in 1660 to take the throne as Charles II, and the restoration of the monarchy brought with it a restoration of the Church of England. Taylor was made bishop over the minor diocese of Down and Connor in Ireland—certainly not the type of reward for which the faithful royalist pastor might have hoped, but at least a small vindication for what he and his family had suffered over the previous years. Unfortunately, the diocese’s predominantly Presbyterian-leaning population cared nothing for episcopal oversight, and the years that the now-Bishop Taylor spent overseeing it were not happy ones.

He died in 1667, having buried a wife and seven sons who predeceased him.8 Taylor led a difficult life in a difficult time, yet he still managed to produce some of the most significant theological works of the seventeenth-century English church. Of those works, Holy Living and Holy Dying stand as among the most important meditations on Christian piety that have been written in English since the Reformation. The influence of Holy Living and Holy Dying on John Wesley Taylor’s writing style is accessible enough, even if the holy living genre in which he writes is presently out of fashion. It’s true that, at times, Taylor can veer into a kind of moralism that seems pedantic and overdone. But his writing also has the ability to rise to the level of the sublime. He sees the presence of God in all the works of creation, and encourages his reader to do the same:

In the face of the sun you may see God’s beauty; in the fire you may feel his heat warming; in the water his gentleness to refresh you. He it is who comforts your spirits when you have taken cordials. It is the dew of heaven that makes your field give you bread; and the breasts of God are the bottles that minister drink to your necessities.

It is this deep and profound sense that we live in the presence of God at every moment that serves as the basis for Taylor’s views on holy living. We are the creatures of a Holy God—even more, we are the image bearers of that God. Thus are we called to live our lives in moment-by-moment response to the God who has created us and who redeems us, according to Taylor’s counsel: “Let us remember that God is in us, and that we are in him. We are his workmanship, let us not deface it; we are in his presence, let us not pollute it by unholy actions.”The impact of Jeremy Taylor on Wesley was significant. As the historian Richard Heitzenrater has shown, the holy living tradition as represented by Taylor and others (e.g., Thomas à Kempis) had both outward and inward influences on Wesley’s spirituality. Taylor’s writings on holy living in particular caused Wesley to see that holiness should embrace the way in which he spent the hours and minutes of every day. To that end, he began to keep a diary to serve as a daily record of how he spent his time and how he was making progress in holiness. It was also through the holy living writers that Wesley came to understand holiness itself as an inward reality—a disposition of the heart that would guide one’s thoughts, words, and actions. The meditative and reflective nature of Taylor’s writings certainly served as an impetus to this developing aspect of Wesley’s theological perspective.9

It’s a phrase that points to his belief that we are never truly apart from God and, indeed, always have the ability to reach out to God through faith. He uses it in the 1784 sermon, “On Dissipation,” and perhaps not surprisingly, it comes in a paragraph following a citation of Jeremy Taylor’s view on the purity of intention in the The Rule and Exercises of Holy Living.11 The general means of grace serve as the foundation for the life of sanctification for Wesley, and Taylor’s account of holiness was a significant influence on the development of that understanding.

The Edition Used in This Volume Wesley sought to make both the The Rule and Exercises of Holy Living and The Rule and Exercises of Holy Dying more widely available to the English reading public through his inclusion of Jeremy Taylor in his multivolume Christian Library. The Christian Library was Wesley’s most ambitious publishing project, encompassing fifty volumes of theological writings that he brought to print between 1749 and 1755. Volume 16 of the Christian Library (published in 1752) contained Wesley’s abridgment of both Holy Living and Holy Dying.12

While the Christian Library went through just one edition in Wesley’s lifetime, it was republished between 1819 and 1827 by Thomas Jackson. This edition contained the breadth of Wesley’s original material in only thirty volumes, and Jeremy Taylor’s writings were placed in Volume 9. The Wesley Center Online at Northwest Nazarene University in Nampa, Idaho, has produced a digital edition of the nineteenth-century Jackson edition of the Christian Library, and the abridgment of Taylor in this present volume has been drawn from that text.13 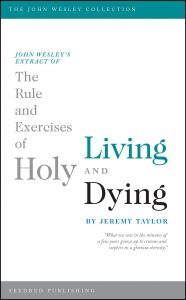 Published respectively in 1650 and 1651, Holy Living instructs the reader on leading a virtuous life, while Holy Dying offers guidance on preparing for a pious Christian death.

Seventy-five years after their publication John Wesley discovered Taylor’s works-an encounter he said left him “exceedingly affected.” Taylor’s works inspired the spiritual turning point for Wesley, who said that upon reading, he immediately resolved to dedicate all his life to God.