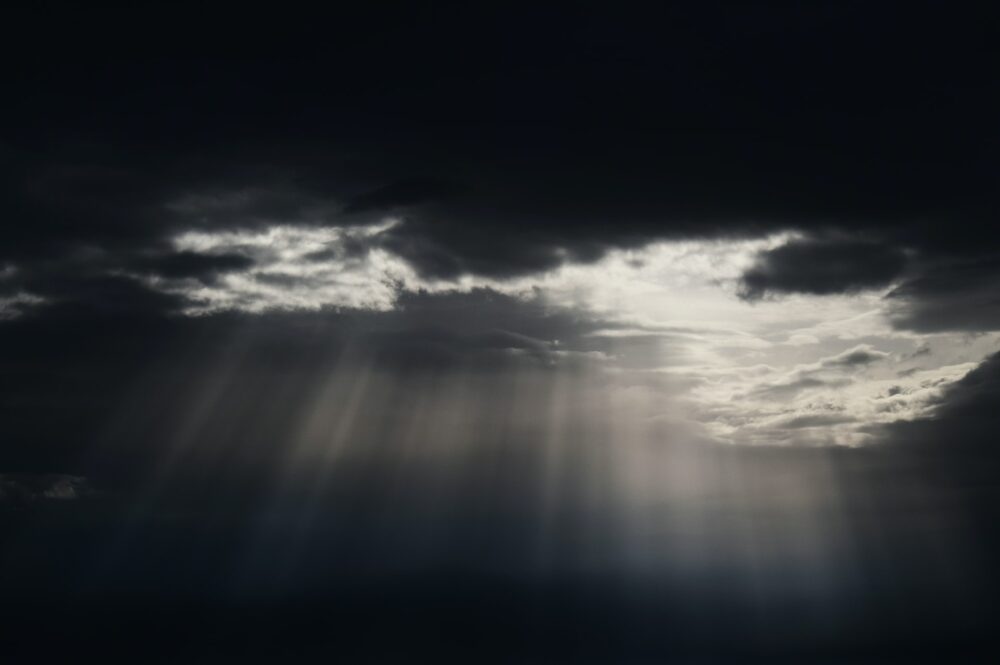 The true light that gives light to everyone was coming into the world. He was in the world, and though the world was made through him, the world did not recognize him. He came to that which was his own, but his own did not receive him. Yet to all who did receive him, to those who believed in his name, he gave the right to become children of God—children born not of natural descent, nor of human decision or a husband’s will, but born of God.
(John 1:9–13 NIV)

Stories can be enthralling. We read a few lines here, pick up some engaging and puzzling biographical detail there, and suddenly we’re hooked. We can’t put it down; we’ve entered a new world. And when we think of recent master storytellers, such as J. R. R. Tolkien and C. S. Lewis—both of whom at one time were professors of English literature at Oxford—we can easily understand their own appreciation of the Gospels, which unveil through gripping narrative the greatest story of all. Though the Gospels contain many matter-of-fact details, such as eating, washing, selling, and paying taxes, those many details are caught up in a grand narrative that is flush with meaning—the kind of meaning that captivated the well-worked imaginations of both Tolkien and Lewis.

The depth, the expanse, the heightened dimension, even the narrative roominess of the Gospel of John, our current text, can be seen in its central character, Jesus of Nazareth, precisely in terms of who he is and just what happens to him. In fact, the “who he is” is so important to John that not only does he describe this one, this person, in terms of both God and light, filling out crucial background and interpretive context along the way, but he also doesn’t even specifically mention the name “Jesus” until verse 17. Simply put, Jesus is not just any human being. John wants us to know that. He’s someone special—wonderfully special.

John’s affirmation: “The true light that gives light to everyone was coming into the world,” is rich with meaning on so many levels. First of all, this statement reveals that the light identified with Jesus, the Word made flesh, exists prior to coming into the world. Elsewhere, John declares: “In the beginning was the Word, and the Word was with God, and the Word was God” (v. 1). These statements could not rightly be made in terms of any other human being. Think about that for a while. Second, observe that John writes of “the true light,” implying that false lights, pretend lights, misguided lights also exist and that they can lead many people astray. Third, note also that Jesus, as the true light, gives light to everyone, to all people, to white, black, rich, poor, male, female, young, old, middle-aged, Christian, non-Christian, theist, atheist. All really does mean all here (v. 12); none are excluded from this illumination whose source is none other than the “light of the world” (John 8:12). It is this light that was “with God, and . . . was God” (John 1:1).

Various Christian traditions have grappled with the meaning of this universal illumination. Some consider it along the lines of general ­revelation—in terms of a created order embedded in the things that have been made, reminiscent of what the apostle Paul had written in Romans 1:20: “For since the creation of the world God’s invisible qualities—his eternal power and divine nature—have been clearly seen, being understood from what has been made, so that people are without excuse.” Others, however, view this illumination not only externally, in terms of the things that have been made, but also internally with respect to such things as conscience, knowledge of the moral law, and even a basic, if primitive, intuitive knowledge of God. The larger point here—and it’s an important one—is that all of this illumination has Jesus as its source. He, and he alone, is the true light that illuminates all of humanity whether he is celebrated or not or even recognized or not.

John is only a few short verses into his gospel and he already introduces remarkable irony. Given who Jesus is, we would naturally expect he would be recognized by the world since the world itself, and all that is in it, has been made through the Word. Instead, we get exactly the opposite: not recognition, but neglect; not reception, but rejection. Who is this Jesus that I should pay attention? What’s so special about him? When the light or Word came to that which was his own—meaning the Jewish people—he was not welcomed or received. However, such a frosty attitude, suggesting perhaps a hardness of heart, was not shared by all first-century Jews, though it was found among their religious leaders. (And there were exceptions even here; think of Nicodemus, for example.) In fact, not only was Jesus himself Jewish, but every one of his disciples was as well. We must never forget that.

The irony of verses 10 and 11 is heightened in one of the largest contrasts ever offered in literature, any literature. Consider this: the light that has entered the world is none other than the Word who is God. Accordingly, the Word, the Most High, the one greatly to be exalted, will not only be met with stupefying neglect and unwelcoming attitudes, but also, as John will later tell us, outright torture, mocking, and murderous intent. This vast difference, this huge chasm, between the glorious heights of who this light is, in terms of his essential being, and the wretched depths of his rejection manifested in the evil practices and the murderous designs of those who reject this light, both Jew and Gentile, is without parallel. Indeed, this difference, which again is colossal, is one of the reasons why the gospel story is unlike all other stories. It is and remains unique, distinct, and set apart. It offers the grandest narrative of all, from the highest heights to the lowest depths, an invitation to a world much larger than our own workaday world, a reality far deeper than we have ever imagined—or could have imagined.

To be caught up in such a story, then, to be engaged in this matchless narrative, is an invitation to discovery and transformation, to a new way of being, to participating in what is nothing less than a new world, an enchanting world, one that is full of light precisely because God is light. We enter that world, John tells us, not through our own self-will or strength, not in any natural way, but through the very gift of the new birth, graciously given to us, whereby we become something absolutely amazing: the very children of God (John 1:13).