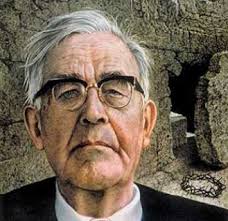 In the Bible, Barth observes, God’s covenant with Noah and “all living things,” the rainbow its sign, “becomes the presupposition of the covenant of Sinai and Golgotha” (II/1, 124). The rainbow—“token of a covenant between [God] and the earth” (Gen 9:13)—is viewed not only by humans, but also by God. “God Himself ‘will look upon it,’ that He may remember his covenant” (II/1, 413). The fulfilment of all God’s covenant promises in Jesus Christ “depend[s] upon the fact that this covenant with Noah was concluded and kept and will always be faithfully kept” (II/1, 413).

Barth makes four interconnected points about God’s covenant with the earth. These emphases underscore how integral the Noahic covenant is to God’s economy of salvation. Yet God’s earth covenant is largely ignored in most systematic theologies today.

Barth notes that the larger circle (God’s earth covenant) includes all nations. The Noahic covenant is “an activity on the basis of which the nations preserved by God cannot be excluded from His redemptive work. In this sense the race, as a whole, is in covenant. It is the outer circle of which the inner is revealed from Gen. 12 onwards as Israel” (CD IV/1, 27).

Third, the “indissoluble” connection between creation and covenant is based on Jesus Christ as both Creator and Redeemer within the Trinitarian economy. Barth’s interpretation of creation (Gen 1-2), the Noahic covenant (Gen 9:8-17), and the later covenants with Israel is thoroughly Christological and Christocentric (as one would expect).

Covenant is in fact implied already in the creation account, Barth notes, though Genesis 1-2 does not use the word “covenant.” Creation itself exists in “an indissoluble relation to the divine covenant. The history of creation is a great cosmic prelude and example of that history of Israel which is the proper theme of the Old Testament. Creation is the outward basis of the covenant (Gen. 1) and the covenant the inward basis of creation (Gen. 2)” (CD IV/1, 27).

Fourth, therefore all creation is necessarily included in salvation, and in this sense creation itself is sacramental.
In CD III/1, The Doctrine of Creation: Part One, Barth writes at length on “Creation as the external basis of the covenant” and “the covenant as the internal basis of creation” (CD III/1, 94-329). In God’s covenant: “The main interest now is not how creation promises, proclaims and prophesies the covenant, but how it prefigures and to that extent anticipates [the covenant] without being identical with it; not how creation prepares the covenant, but how in so doing it is itself already a unique sign of the covenant and a true sacrament; not Jesus Christ as the goal, but Jesus Christ as the beginning (the beginning just because He is the goal) of creation” (CD III/1, 232).

Because Jesus Christ is in the beginning, all things made through him (Col. 1), creation itself not only “prepares the covenant” but “anticipates” it. In light of Jesus Christ and the covenant through him, we see the created order itself as sacrament. In this passage (CD III/1, 232), Barth does not reference Genesis 9, but the Noahic covenant is implied in the sense that the logic of God’s earth covenant in Genesis 9 is already embedded in the Christological nature of creation itself (Gen 1-2; Col 1).

Taken together, these various passages in Barth show that the Noahic covenant (Gen 9) is integral within Barth’s theology of salvation precisely because it is integral to salvation in Jesus Christ as revealed throughout Scripture.

Though Barth stresses primarily God’s relationship with man and women in these passages, he notes also the references to “all living creatures,” not just humans. In a remarkable passage in his discussion of “The Doctrine of Creation” (CD III/1, 180-81), Barth traces the myriad biblical references to beasts and other “living creatures” of air, land, and sea in the context of God’s covenant with Noah and the creatures. “When the flood prevailed, God remembered not only Noah but ‘every living thing, and all the cattle that was with him in the ark’ (Gen. 8:1). And in the covenant made with Noah after the Flood there are included not only his sons and their posterity, but also expressly ‘every living creature that is with you, of the fowl, of the cattle, and of every beast of the earth with you’ (Gen. 9:10). Similarly the new covenant of peace and grace in the latter days is expressly described by Hosea (2:18) as first and foremost a covenant for the benefit of Israel ‘with the beasts of the field, and with the fowls of heaven, and with the creeping things of the ground’” (CD III/1, 180). Barth notes many other similar passages, such as Isaiah 11 and references in Ezekiel, Proverbs, and Zechariah.

Barth writes that when (in fulfillment of prophecy) Jesus rode into Jerusalem on a donkey, this signifies not merely “the fact that [the donkey] is the reverse of the proud war-horse of a worldly conqueror, but also . . . that precisely at this moment and in this situation the beast as man’s forerunner and companion must not fail to be present, with babes and sucklings, amongst the bearers and proclaimers of the divine blessing now in process of fulfilment” (CD III/1, 180).

Barth notes as well that in the liberation of creation which Paul describes in Romans 8, the beasts and other earth’s creatures are expressly included. The non-human animal creation “is also burdened with the curse which man has to carry. It also shares in the confusion of his existence and his world. It must suffer and die with him. But (in its own way) it will also be freed from the bondage of [corruption, decay, fthora,] into the glorious liberty of the sons of God. ‘O Lord, thou preservest man and beast’ (Ps. 36:6), is a thread which runs through the whole of the Bible . . .” (CD III/1, 181).

Highlighting Barth’s emphasis on God’s covenant with the earth and all its creatures adds important nuance to his theology. Here is a key accent that is seldom discussed by Barth’s interpreters. In these passages, Barth is onto something big. Perhaps if he were alive today, or if he had had opportunity to finish his theological project, he would emphasize much more fully God’s earth covenant, alert as Barth was to surrounding sociocultural and sociohistorical realities.

In any case, God’s covenant with the earth is highly pertinent and relevant in its own right. God maintains yet today (as Barth stresses) an “everlasting covenant” with the earth and all its creatures. Hardly can any theology be done today without pondering this, and without recasting all Christian theology in its light—as the Bible itself does, and as seen perhaps most explicitly in Romans 8, Colossians 1, and the book of Revelation. 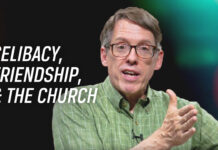 Building a Theology of Celibacy and Friendship for the Church 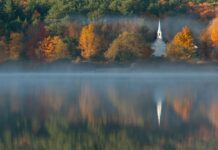