Learning to Call Our Own Fouls - Seedbed
close
Menu 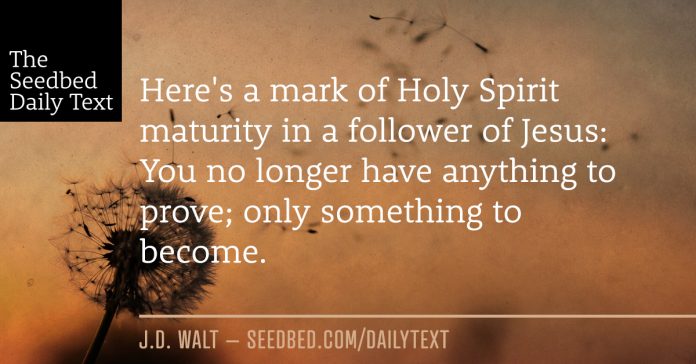 Paul looked straight at the Sanhedrin and said, “My brothers, I have fulfilled my duty to God in all good conscience to this day.” At this the high priest Ananias ordered those standing near Paul to strike him on the mouth. Then Paul said to him, “God will strike you, you whitewashed wall! You sit there to judge me according to the law, yet you yourself violate the law by commanding that I be struck!”Those who were standing near Paul said, “How dare you insult God’s high priest!”Paul replied, “Brothers, I did not realize that he was the high priest; for it is written: ‘Do not speak evil about the ruler of your people.’”

A mark of maturity is the humility required to own your foul when someone calls it on you. Here we see two men equally schooled and skilled in the Mosaic law: Paul and Ananias. One seems to violate the law with impunity in the name of enforcing it. The other seems to practically call his own foul with a citation of the statue violated.

One more thing. Note how Paul continues to address his avowed adversaries throughout this conversation. He calls them “My brothers.” Paul knew they hated him, considered him apostate, wanted him dead, and regarded him as an abomination. He called them “My brothers.” In this whole episode, Paul doesn’t try to prove anything or win an argument. He simply bore witness to God in good conscience, fulfilling his duty. Paul doesn’t seem to hate them nor do we have any evidence he slandered them in good passive aggressive Christian form (i. e. behind their backs when he got the chance.)

For Paul, love was not a soft and easy sentiment. Paul knew love was the hard core bottom line of the “life hid with Christ in God.”

Love is not soft. Love is hard.

Here’s a mark of Holy Spirit maturity in a follower of Jesus: You no longer have anything to prove; only something to become. That “something” is the hard-core, road-meets-the-rubber, Love of God in Jesus Christ.

When we start calling our own fouls we will know we are at least getting a little closer.

How hard is it for you to admit you are wrong without endlessly needing to justify yourself?