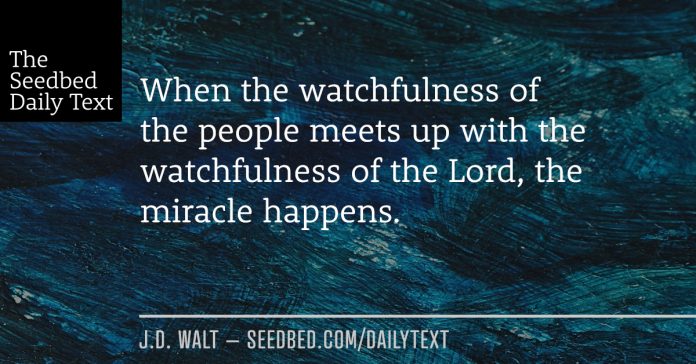 37 And the people of Israel journeyed from Rameses to Succoth, about six hundred thousand men on foot, besides women and children. 38 A mixed multitude also went up with them, and very much livestock, both flocks and herds. 39 And they baked unleavened cakes of the dough that they had brought out of Egypt, for it was not leavened, because they were thrust out of Egypt and could not wait, nor had they prepared any provisions for themselves.

40 The time that the people of Israel lived in Egypt was 430 years. 41 At the end of 430 years, on that very day, all the hosts of the Lord went out from the land of Egypt. 42 It was a night of watching by the Lord, to bring them out of the land of Egypt; so this same night is a night of watching kept to the Lord by all the people of Israel throughout their generations.

430 years. Get your mind around that. For those of us who live in the United States, we have only been a going concern for 244 years so far. I don’t have a calculation for how many of those 430 years the Israelites spent enslaved, but it was likely most of them. In other words, no one’s great great great grandfather who was already long dead likely remembered a time when slavery was not. Just as freedom rings in the deepest sense of our identity as Americans, slavery rang in the deepest sense of the Israelites’ core identity.

Other than some prevenient whisper of freedom resident in their deepest DNA as human beings, they had utterly no concept of anything else but slavery. There were no Ten Commandments yet, no tabernacle, no sacrificial system to speak of, no priests, levites or anything of the sort. There was the aging memory of Abraham, Isaac, and Jacob. They did have one thing going for them. I AM was with them. The God of Abraham, Isaac, and Jacob was for them.

600,000 men plus women and children and livestock—conservatively, two million people. Get your mind around that. As a point of reference, that is roughly the population of Houston, Texas. They have just been through ten successive plagues of absolute cataclysmic proportion. They are on foot walking out of the country en route to the promised land. It would take 40 years to get there. They would get out of Egypt overnight. It would take another 40 years to get Egypt out of them.

Then the Lord said, “I have surely seen the affliction of my people who are in Egypt and have heard their cry because of their taskmasters. I know their sufferings, 8 and I have come down to deliver them out of the hand of the Egyptians and to bring them up out of that land to a good and broad land, a land flowing with milk and honey, to the place of the Canaanites, the Hittites, the Amorites, the Perizzites, the Hivites, and the Jebusites. 9 And now, behold, the cry of the people of Israel has come to me, and I have also seen the oppression with which the Egyptians oppress them. (Exodus 3:7-9)

While I don’t believe God is waiting for a threshold count of numbers of people or years of duration praying before he responds, there is something about a slow growing wave of prayer over a long period of time that, historically speaking, precedes awakenings. There is no formula, just deep, sustained yearning that can only come from a real, deep place of travail.

Here’s what most amazes me about today’s text. Referencing the night of the Exodus from Egypt, we read:

It was a night of watching by the Lord, to bring them out of the land of Egypt;

A night of watching by the Lord. Get your mind around that.

Then comes this final word from the text:

so this same night is a night of watching kept to the Lord by all the people of Israel throughout their generations.

There are so many stories I want to share at this moment. Only one seems necessary. Twenty one years ago I received a calling within my calling. It is one I have both succeeded and failed to fulfill. This calling came to me one morning with the clarity of a winter sunrise. It emerged from a Word of Scripture, Colossians 4:2: “Devote yourselves to prayer, being watchful and thankful.” The Lord impressed upon me these words: “Create space for prayer.” From that day forward, I have stumbled and fallen and stumbled again, and yet I keep getting back up.

I believe I am hearing from the Lord that the day of march has come again. It doesn’t have so much to do with the present crisis in our midst as it does with the kind of readiness emerging in so many hearts right now in light of the current events. I believe it is time to embark on a movement of 24-7 prayer in our work to sow for a great awakening. As I see the words unfold on my screen it feels both overwhelming and right.

So I am asking you, my friends in the Lord and in his Word, in a preliminary way to let me know of your interest in exploring this Kingdom venture of a 24 hour a day, 7 day a week movement to watch and pray and sow for a great awakening. There is a lot more to say and if you want to hear it, just raise your hand.  And if your hand is raised, CLICK HERE TO LET ME KNOW. I’ll be in touch.

Devote yourselves to prayer, being watchful and thankful. (Colossians 4:2)

Father, I want to be a person who says such things. My vision is clouded by so many things, even good things, and yet distractions from the only necessary thing Jesus taught us. Thank you that your watch is upon me, Lord. Train me to set my watch upon you. I long to fix my gaze upon you, Jesus, to keep watch with you, to come to the place where my watch meets your watch. Come Holy Spirit, and train me to be such a person of faith. I pray in Jesus name, Amen.

What holds us back from an undivided heart of watchfulness and prayer? What holds me back? What do I have to lose? What might be to gain?