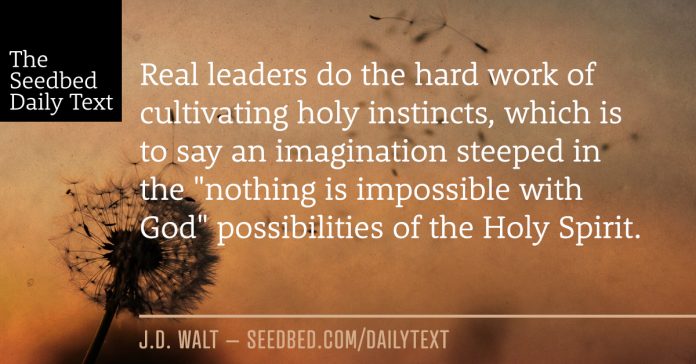 After they had gone a long time without food, Paul stood up before them and said: “Men, you should have taken my advice not to sail from Crete; then you would have spared yourselves this damage and loss. But now I urge you to keep up your courage, because not one of you will be lost; only the ship will be destroyed. Last night an angel of the God to whom I belong and whom I serve stood beside me and said, ‘Do not be afraid, Paul. You must stand trial before Caesar; and God has graciously given you the lives of all who sail with you.’ So keep up your courage, men, for I have faith in God that it will happen just as he told me. Nevertheless, we must run aground on some island.”

Where do you see Paul in the present scenario among the three options? The ship held 276 souls; some of them soldiers, many of them prisoners, still others made up the crew and captain, and finally there was Julius the Centurion. Paul held the distinguished rank of prisoner yet today’s text shows him clearly emerging as the leader of the ship. Remember, Paul warned the official leadership, Julian the Centurion and the ship’s captain not to proceed on the journey as planned.

Below are a few thoughts about the quality of real leadership drawn from Paul’s life and evidenced in today’s text.

Would you like to be this kind of person? It’s entirely possible. Answer that question.