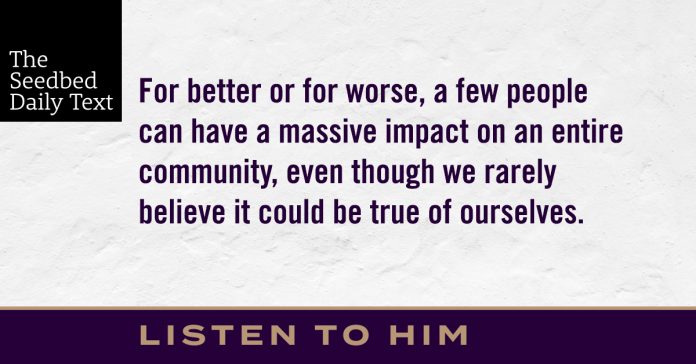 When Jesus went outside, the Pharisees and the teachers of the law began to oppose him fiercely and to besiege him with questions, waiting to catch him in something he might say.Meanwhile, when a crowd of many thousands had gathered, so that they were trampling on one another, Jesus began to speak first to his disciples, saying: “Be on your guard against the yeast of the Pharisees, which is hypocrisy. There is nothing concealed that will not be disclosed, or hidden that will not be made known. What you have said in the dark will be heard in the daylight, and what you have whispered in the ear in the inner rooms will be proclaimed from the roofs.“I tell you, my friends, do not be afraid of those who kill the body and after that can do no more. But I will show you whom you should fear: Fear him who, after your body has been killed, has authority to throw you into hell. Yes, I tell you, fear him. Are not five sparrows sold for two pennies? Yet not one of them is forgotten by God. Indeed, the very hairs of your head are all numbered. Don’t be afraid; you are worth more than many sparrows.“I tell you, whoever publicly acknowledges me before others, the Son of Man will also acknowledge before the angels of God. But whoever disowns me before others will be disowned before the angels of God. And everyone who speaks a word against the Son of Man will be forgiven, but anyone who blasphemes against the Holy Spirit will not be forgiven.“When you are brought before synagogues, rulers and authorities, do not worry about how you will defend yourselves or what you will say, for the Holy Spirit will teach you at that time what you should say.”

Yeast is a good thing . . . until it’s not. Jesus utilized the metaphor of yeast on more than one occasion to teach his disciples. You remember the time he said,

He told them still another parable: “The kingdom of heaven is like yeast that a woman took and mixed into about sixty pounds of flour until it worked all through the dough.” Matthew 13:33.

Yeast is like an almost invisible dust. A little yeast goes a long way. It has an inordinate influence on anything it touches. Yeast works like a change agent. Put yeast into dough and it causes the dough to rise. Put yeast into crushed grape juice and it causes fermentation becoming wine. In this little parable, Jesus says the Kingdom of heaven is like yeast. It is almost invisible to the human eye and yet when it gets mixed into the world, it creates a highly visible effect. In this case, a small bit of yeast is worked into a massive amount of dough which will lead to an abundance of bread. How does something so small go so far and do so much? That’s the point.

Yeast is a type of change agent. The question? “Is this good change or bad change?” Bottom line: people are like yeast. As change agents, will we be the charged with the Kingdom of God or with hypocrisy? For better or for worse, a few people can have a massive impact on an entire community. We all know this is true in our experience of others, but we rarely believe it could be true of ourselves.

Hypocrisy is maintaining an outward appearance that masks over the inward reality. So if hypocrisy is the mark of the Pharisees, what is the defining characteristic of the Kingdom of God? How about authenticity?

Keeping it real (and short) let’s ask ourselves the question: Which kind of yeast am I? What kind of change am I affecting in the people around me?

And let’s be reminded—Jesus issued this stern warning, “Be on your guard against the yeast of the Pharisees,” to his closest disciples.

Which kind of yeast am I? What kind of change am I effecting in the people around me?