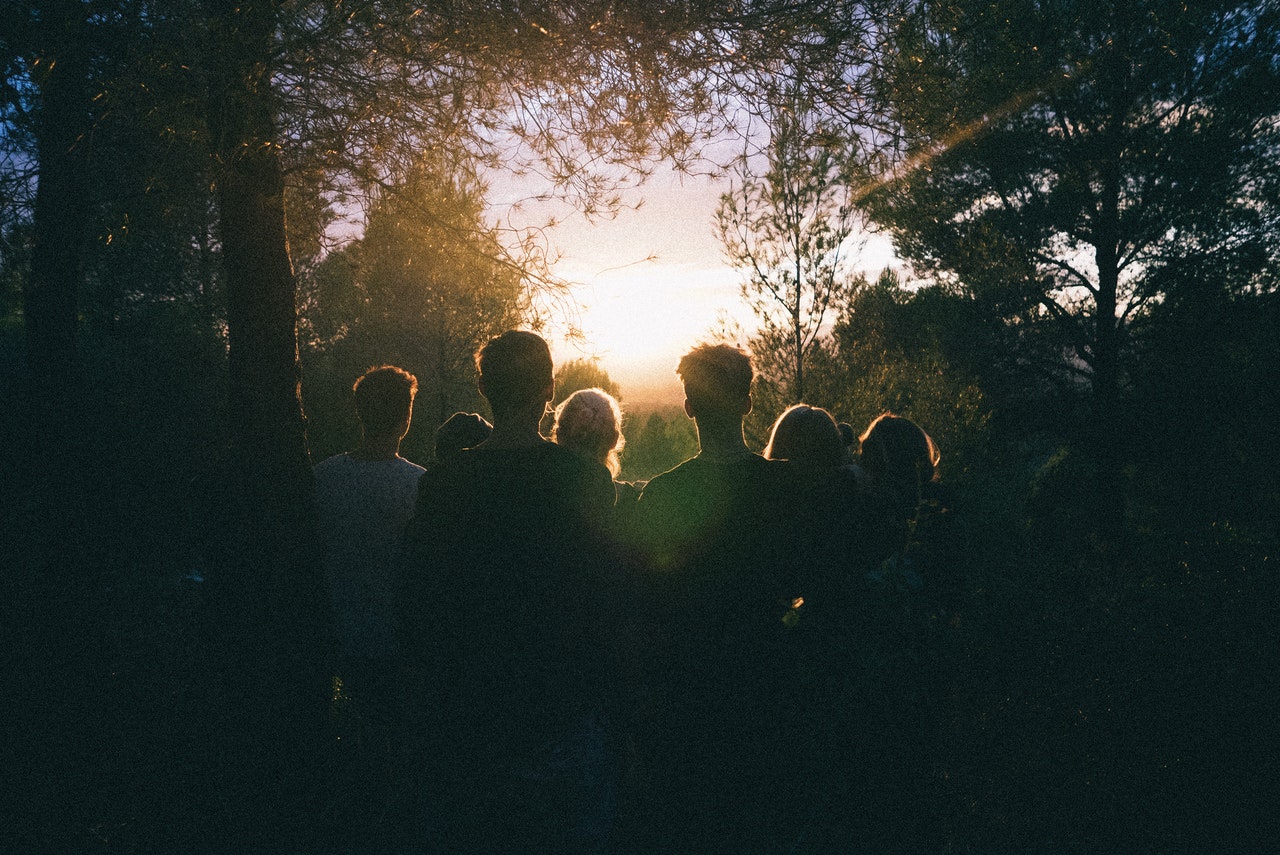 Speaking about singleness and celibacy, Jesus says, “Not everyone can accept this word, but only those to whom it has been given” (Matt. 19:11). He implies that this second gift runs parallel to marriage, although fewer people receive it. Again, we turn to Augustine for insight on this calling, for just as Augustine wrote a treatise on the good of marriage, he also wrote a companion treatise, Of Holy Virginity (de Virginitate), arguing for the good of celibacy. In this text, he argues that just as the different stars and planets have different glories, so God has established both the “glory” of marriage as well as the “glory” of the celibate life. Sadly, today’s contemporary church has not sufficiently celebrated this wonderful gift from God to the church, a gift embodied in the lives of those who remain unmarried.

The modern term singleness is not part of the language of the New Testament. So in using this term to speak theologically, we need further definition. A biblical view of singleness should not be equated with a state of autonomous solitude, separate from Christian community. Biblical singleness more closely aligns to the concept of “single-­minded focus” or “exclusivity of intent” or the “undivided life.” Jesus points to this as a sacred state, one to which our Lord himself and the apostle Paul, among others, were called. It is a state or calling where a man or woman chooses (or is chosen by God) not to enter into marriage for the sake of God’s kingdom.

Celibacy Points to Our Future Union with God

Mark 12:25 provides further insight on this calling. This passage presents us with a dispute Jesus has with the Sadducees, who denied the bodily resurrection. Here Jesus teaches that in the resurrection, people “will neither marry nor be given in marriage.” This statement referring to the age to come demonstrates that marriage, as important as it is, is not an ultimate end, or an end in itself. Rather, it is a temporary reality, one limited to this age, this season of life. We live in the tension between the present age and the age to come. God’s rule and reign is already breaking in, but it has not yet been fully realized. Today, some people possess the gift that the entire church will someday share in the age to come—­a time when marriage is replaced by the fuller reality of the bride of Christ’s (the church) marriage to Christ himself.

Understood in light of the future age, a call to singleness and celibacy is a temporal anticipation of a future resurrected life. Celibacy is an icon or pointer to the new creation relationship we will all share with God through Jesus Christ—­an eschatological celibacy. This is the “gift” that Jesus refers to in Mark 12, the mysterious celibate meaning of the body. If a person has the sacred gift of singleness and celibacy, they have been called to live in the present age in such a way that they are already embodying the eschatological reality of the marriage supper of the Lamb. The celibate life is meant to be a compelling vision, one which stands side by side with marriage. As Bishop Robert Barron has aptly said, celibacy is meant to be an “eschatologically fascinating” sign to the church and to the world.

I am convinced there is no greater witness against the overly sexualized world of late modernity and postmodernity than a person who embodies the celibate life in anticipation of the age to come. Those called to celibacy should not live only in cloistered convents. We need to see these individuals living as embodiments of the new creation, walking among us in the full range of human vocations.

Every believer, in some way, mirrors these future realities. Most are called to mirror the age to come through the sacrament of marriage, serving as icons of the relationship between Christ and his church. Others mirror the age to come by living celibate, singularly devoted to Christ as members of the church of Jesus Christ. If you are called to singleness, know that it is not intended to be a state of solitude or individual isolation. Rather, God desires it to be a means of deeper communion with him, of which marriage only points to as a shadow of that which is to come. This is why Paul writes that the one who chooses marriage does “well,” but the one with the gift of celibacy and singleness does “better.” Those with the gift of celibacy and singleness embody an even fuller realization of the in-­breaking kingdom than is portrayed in the icon of marriage (1 Cor. 7:38).

Purchase For the Body by Timothy Tennent from our store here.

The celibate life is a special gift from God. Paul says, “I wish that all of you were as I am. But each of you has your own gift from God; one has this gift, another has that” (1 Cor. 7:7). In saying this, Paul was not intending to position singleness and marriage in opposition to one another. This is not a zero sum game, where we honor marriage by denigrating singleness or honor the celibate life by disparaging marriage. Marriage is a gift to the world. As John Paul II said, the renunciation of marriage by those called to singleness is actually heightened when we become aware of not only what we are choosing but what we are renouncing, since the very act of choosing the “single-­focused” life is simultaneously the renunciation of the married state (John Paul II, Man and Woman He Created Them: A Theology of the Body [Boston: Pauline, 2006], 441).

The contemporary church has been co-­opted by the culture’s war between single people and married people into a war of the genders, and we are trapped in the quicksand of autonomous solitude. However, this tension between celibacy and marriage is not new. It’s something the church has struggled with throughout its history. The tension can partly be traced to some of the early Christian writings, as well as the challenge of Manicheanism, which did not properly honor the marriage state. Manicheanism was a gnostic based religion from Persia that had a wide influence on the Eastern world and throughout the Roman Empire. It flourished between the third and seventh centuries, but it had an ongoing negative influence on Christian theology and the popular imagination regarding the body since it exalted the spirit over the body. But these negative attitudes toward marriage were rooted in falsely equating sexual activity with the sin nature or a non-­Christian view of the body influenced by gnostic tendencies that denigrated the body. These views cloud the biblical truth that both marriage and celibacy are meant to mirror the marriage of Christ and his church.

We’re not forced to choose between marriage and a life calling to celibacy and singleness. We all experience temporary states of celibacy. Those who are currently unmarried but who do not feel called to the celibate life are in this state of temporary celibacy that all people are called to prior to marriage. Married people may also experience times of temporary celibacy when, as Paul describes in 1 Corinthians 7:5, married couples mutually agree to refrain from all sexual activity for a period in order to focus on prayer and fasting. Or a widow or widower may choose to not remarry but to finish life in a state of celibacy.

So while the calling of lifetime celibacy is an extraordinary and high calling for a special group, the temporary experience of singleness and celibacy is universal. Those who are living in this state of temporary singleness have a special window of time when they can capture a tiny glimpse of the eschatological life by focusing single-­mindedly on the kingdom in the present, even as they put their future into God’s hands. In times of temporary celibacy, we can anticipate that day when we will be able to, in the words of Augustine, “serve him more instantly, love him more ardently, and please him more attentively . . . as we bring our songs to the marriage of the Lamb.” (Augustine, Of Holy Virginity [De Virginitate], 426.)

Marriage and celibacy anticipate the same reality in different ways. These deep mysteries are intertwined. In the Christian vision, those called to singleness can only come into the world through marriage, and the celibate state prefigures the time when we will all be engulfed in the final eschatological marriage of Christ and his church. We all experience a temporary state of singleness and celibacy at some point, and we are all moving inexorably to that day when marriage will be no more.

Celibacy (or the single-­focused life) serves as the fifth building block in our emerging theology of the body because those called to celibacy point to the future in-­breaking of the new creation. But celibacy is not the only way these new-­creation realities are made visible today. Even those not called to celibacy foreshadow some of these same realities through the building of intimate same-­sex friendships. 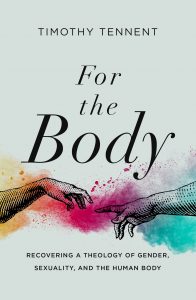 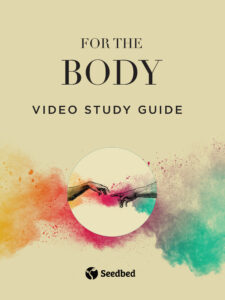