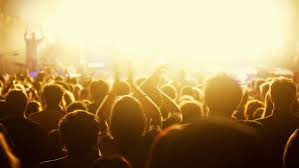 America needs a great awakening, a shaking revival, a genuine stirring of the Spirit of God.

America does not need a pseudo-revival, a movement that champions pseudo-Christianity, that uses religious fervor for unholy ends.

Here is the revival we don’t need, and should fear:

1. A revival tied to an ideological political agenda.

To seek religious revival for political ends is spiritual prostitution. We should examine our motives and be sure we are centered in Jesus and the gospel of the kingdom, not something less. If we think, or hope, that a genuine God-sent revival will achieve our political aims, we are deceived and courting apostasy. The devil is good at sending us off in the wrong direction, pursuing second-best aims that end up bad.

A genuine God-sent revival would shatter political ideology into itsy bitsy pieces and upset a lot of political plans.

2. A revival supported by big money.

This we don’t need. The Bible repeats over and over the same lesson: God works in his own upside-down ways, upending this world’s wisdom. “Not by might, nor by power, but by my spirit, says the Lord of hosts” (Zech 4:6). Not by power, whether political, military, or financial. God works in his own ways; “not by might does one prevail” (1 Sam 2:9). The dollar is not almighty, especially when enlisted for purportedly spiritual ends.

The North American church, for the most part, is rich. Much of the Christian church is now corrupted by wealth. Its head is turned. Jesus Christ is not authentically the Head. Yet few seem to care.

Looking at abundant splashy ads in Christian magazines, I worry that money is corrupting the church, just as it has politics. It is obvious that big conferences and events “calling the nation back to God” have big bucks behind them. Where is it coming from, and with what unstated agendas? Someone needs to follow the money here, as in politics.

“Contemporary Christian music” has itself now become big business, profitable enough for Wall Street to notice. What spirits are at work?

3. A revival with a predetermined outcome.

When God sends a genuine Spirit-empowered, Jesus-centered revival (for which I pray), it will surprise us. It will shake assumptions and upset agendas. It will alter life courses and may smash careers.

If a revival doesn’t surprise us, we have bound the power of God in ideological or theological straitjackets, saying God must act in certain ways, not in others. We have decided in advance just what revival will accomplish.

We can’t predetermine the ends of genuine revival any more than we can predetermine where Jesus will lead us if we follow him fully.

4. A revival linking renewal with Americanism.

We don’t need a revival that is tied to the flourishing and “blessing” of America (North, South, or in between). A genuine God-sent awakening in America might look the opposite of blessing. Depressing, perhaps, for many who still think the United States is God’s chosen people, a bright City on a Hill, ignoring the nation’s many long-buried and unrepented-of sins.

I hope and pray for revival in America and the Americas—one that shatters idolatrous bonds between America-First-ism and the divine agenda.

An authentic Christian awakening likely would renew America, but it would do so by turning things upside down (as it would appear to many, and to many churches). It would smash ideologies and theologies that have so far successfully wedded the kingdom of God and the U.S. flag, coloring our churches red, white, and blue.

5. A revival lacking vision for the kingdom of God and creation healed.

We don’t know just where a genuine Jesus-centered awakening would lead. But we do know this: It would lead straight to Jesus Christ and to his central focus and passion: the kingdom of God. It would move in the “all things” direction of Ephesians 1:10, Colossians 1, and similar passages. It would lead to shalom; God’s will done on earth as in heaven; creation healed.

Today, in a world where the biggest global threat is not war or terrorism or abortion or despotic leaders but environmental collapse, a genuine revival would surely awaken Christians to God’s “everlasting covenant” with the earth (Gen 9:13-17) and its pressing, ignored discipleship implications. Discipleship lived out would hugely reduce abortion, drug abuse, human trafficking, and other evils.

Am I talking here about a predetermined outcome? No. God is full of surprises and mysteries. But we have God’s amazing biblical promises. We know in principle what the kingdom of God is like, because we have clear pictures in Isaiah, Revelation, and other biblical books. And most of all because we see Jesus, Kingdom-teacher and Risen Lord and King.

No, another Great Awakening would not bring in the kingdom in fullness any more than earlier ones have. But it would alter history and life courses and set the church (those open to the Spirit) on a kingdom-ward direction.

For those who may not like “kingdom” language, the Bible has plenty of other images: The economy of God, creation healed, all things reconciled, abundant rivers of life, healing leaves, shalom, and others. All point the same direction.

I first posted this blog in 2014. For the past few months I have been thinking I should repost it. Then last Sunday, March 24, a new documentary about the 1970 Asbury Revival was shown in the Wilmore Free Methodist evening service. It was very moving, due to that revival’s power and transparent authenticity. For me it brought back lively memories of the very similar February 1956 revival on the campus of Spring Arbor Junior College and High School in Michigan, when I was a high school sophomore there. Both these revivals still radiate globally.

But God has many ways to renew the church and the surface of the earth, not just Protestant revivals. Here contemporary evangelicals have only part of the truth and often bypass others. Recently I’ve been reading about Francis of Assisi and the birth of the amazing Franciscan Order and its passion for the poor and all creation. This revival brought unprecedented renewal and still sparks new life around the world.

Centuries later, the early Methodist revival in England developed a discipleship infrastructure that kept the movement from fading away in mere weeks, months, or even years.

We have yet to see the riches of God’s grace.

O Lord, send a great awakening! O Holy Spirit, stir and convict and alarm Christian hearts! O Jesus, come and show your living power and truth! Holy Father, shake again the heavens and the earth! Rattle the dry bones and bring new life, I pray. May your kingdom come, your will be done on earth in the church as in heaven. Help us truly seek first the kingdom of God and its righteous justice. Amen.