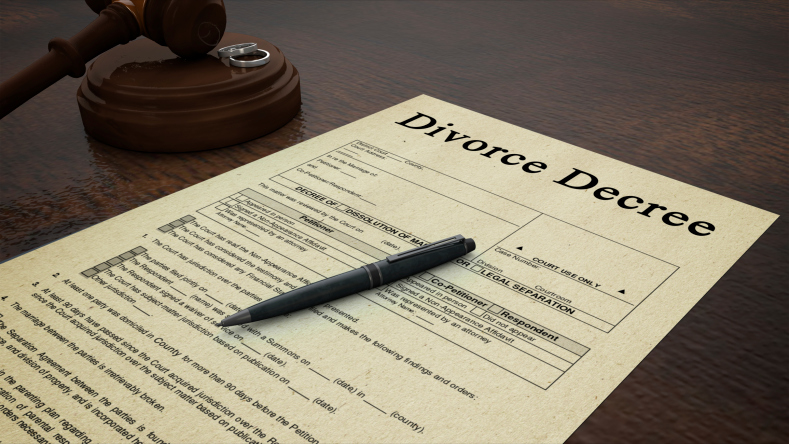 A recent article titled, “12 Things I learned in My First 12 Months of Marriage” got David Baldwin thinking about what things someone might learn after 12 years of marriage. With his own marriage ending just shy of their 12th anniversary, he reflected and here shares helpful advice for young couples looking to build a strong foundation for their marriage.

A few weeks ago, I read Andrew Dragos’ article, “12 Things I learned in My First 12 Months of Marriage.” I thought it was a great article, but it made me think about what 12 things someone would learn after 12 years of marriage. It was then that I realized that my own marriage ended in divorce just a few weeks short of our 12th anniversary.

I immediately thought of 12 things which I learned from my marriage. It is far from being a comprehensive list of what I learned, but it is representative of mistakes I made and things I wish had been different. I write this with the desire that those couples in a struggling marriage may be motivated to seek help to save their marriage and that those preparing to get married would be willing to discuss tough issues.

Going from single to married is a tough adjustment. It is important to learn to not always have your own way. Sometimes it is better to sacrifice what you want for the sake of what someone else wants. There is a lot of joy in giving up something for the sake of another person, but in a marriage it needs to be mutual.

2) You must grow together

Everyone changes over time. There is no avoiding that. Problems arise when spouses start to change in different directions. Certainly you can have different interests and passions, but at the core there needs to be a unity that draws you together. There has to be an intentional effort to do this. It doesn’t just happen. Growing together will also make you a better person. Your spouse will help you realize the areas in your life where you can improve. But when the emotional, spiritual, and physical distance starts growing between you, it leads to a toxic and negative environment.

In order to grow together, communication must happen. You need to care about what your spouse is interested in, what they did during their day, and how they feel. Listening is obviously important, so take note of verbal and non-verbal communication. But also be open. Hiding how you feel and what you think is just as bad as not listening.

5) Don’t be afraid to tackle the tough issues

It is tempting to sweep things under the rug and hide from problems. There will inevitably be all sorts of issues of conflict in a marriage: how to handle finances, when to have kids, who is responsible for household chores, just to name a few. Not discussing these and other tough issues will inevitably lead to misunderstanding. It is always better to talk through the big issues before they become big problems.

6) Get an outside voice to work through problems

Sometimes it is difficult to talk through certain issues. This usually does not mean that one person has it right and the other person is wrong. More likely, the two of you just don’t know how to properly communicate about these issues and need to gain skills to do this better. This can be handled with a marriage counselor, or it could just be talking to other couples who have gone through similar issues. Sometimes another perspective is needed to help bring clarity. Hopefully you are part of a community that can help you. Talk to your pastor, your small group, your family. But when you do this, don’t just talk to people who will just tell you what you want to hear.

7) Having children won’t save a marriage

Adding children to a marriage is tough. Adding children to a marriage with serious problems is creating a disaster. It may be that a child can bring a honeymoon-like phase to your marriage, but it won’t resolve underlying problems. On a related note, I don’t think it is healthy to stay together just for the sake of a child. It is tempting to think that you are protecting the child by keeping the illusion of a happy family. Ideally, you will work through the issues and avoid divorce, but this should be done for the sake of the marriage and not just the child.

8) Make time for each other (and only each other)

Spending time together is obviously important, but it needs to be quality time. Growing together and having the communication that is needed will not happen unless you make time for each other. This is more than the occasional date night. There are things that are important, such as spending time with other couples or having family nights with the kids, but a marriage needs time for just the two of you. This is not time to catch up on your favorite shows on Netflix, this is time for just the two of you to get to know each other and love each other better.

The intimacy I am referring to here is more than just sex, but that is important. This is what results from really desiring to meet the needs of your spouse. It is recognizing how your partner receives love and learning how to give that kind of love. It is also understanding that your spouse may have a hard time giving you that kind of love and helping them grow into it, rather than resenting them for not meeting your needs.

I think a marriage works best when you are married to your best friend. Like all of your other friendships, you should just have fun with each other. You may not be best friends right away, but hopefully you will grow into it. I think that my ex-wife and I would both say that even until the last year of our marriage, we would have considered each other best friends. We did know how to have fun with each other and make each other laugh. It just makes it that much more unfortunate that we neglected so many other items in this list.

11) Don’t think divorce can never happen to you

Personally, I never thought I would ever get divorced. It was not because we both grew up in Christian homes and had positive examples of marriage in our families. It was just something I did not even consider, but when we ultimately had a conversation about the state of our marriage and our future, I consented to the divorce. We had just grown so far apart that we could not recover from it. Examining it now, the failure of our marriage was not sudden; it was a gradual decline. We both failed to invest in our marriage and it took its toll on us, and this can happen to anyone.

My marriage was hard, particularly the last 6 years of it. I have to admit that the divorce in many ways was a relief. It was like a heavy burden being lifted from me. But at the same time, it was devastating when it ended. I felt like a failure. I failed in my commitment to my wife and in my vows before God. I felt like I was disappointing my family and friends. There are a lot of issues that led to the failure of our marriage, but more than anything, I don’t think we really put God at the center of our relationship. We did not keep it holy and sacred. We may have said our vows during the marriage ceremony, but we did not live up to them. There was not a mutual commitment.

Again, this is not a comprehensive list. It is just my experience. I think a marriage should be something that helps two people become better people than they would otherwise be without being married, and it is a tragedy when this does not happen. Hopefully, something here can help you nurture your marriage or prepare you for a better marriage.