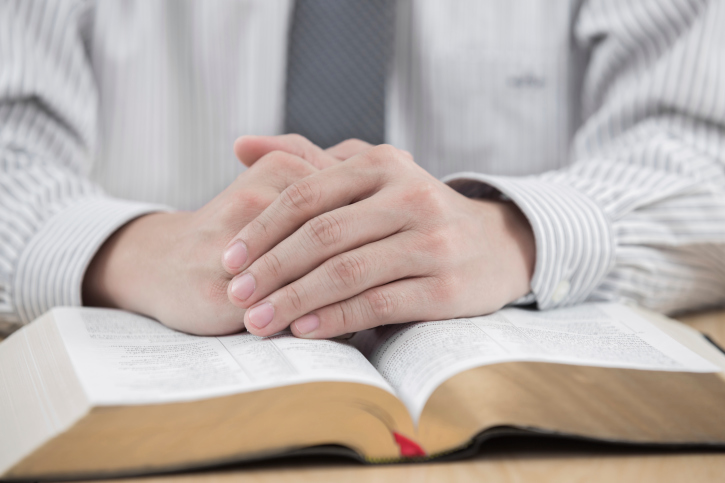 It is said that a solitary shipwrecked Baptist was once found on a deserted island that contained three structures. The first structure was obviously a dwelling place, but the rescuers were puzzled by the other two buildings. When asked, the Baptist confidently pointed out that the Second Baptist Church of the Desert Isle split from the First Baptist Church of the Desert Isle after a series of intense disagreements.

All jokes aside, Baptists are known for many things, be they good or bad. As a current part of the Baptist tradition, I had the pleasure of spending many years growing up in the local Methodist church that accepted me with open arms and helped cultivate my faith. Firmly stamped upon my heart is the impression of the Wesleyan worldview, even though I am currently part of a tradition with variance in certain areas.

Protestant Christianity is a curious animal in that often denominations are viewed more as opposing teams rather than members of the same ultimate league. Unfortunately, many important mutual positions are abandoned as we wall off on issues that might not mean as much in the grand scheme. Listening to notable voices in the other traditions will often enrich faith, rather than only challenge or even harm it.

Sitting next to me right now is a copy of John Wesley’s Sermons: An Anthology edited by Albert C. Outler and Richard P. Heitzenrater. The volume contains a number of dog-eared pages and highlights. It’s safe to say that most Baptist personal libraries don’t contain this volume, but more certainly should!

Perhaps one day I may own the more comprehensive set of John Wesley’s sermons, but this volume of 50 sermons is full of rich and fervent language for walking more closely with Lord Jesus. It seems like I find some new nugget of information each time I review a sermon, but there are three key lessons that John Wesley has taught this Baptist:

1. Sin affects humanity well beyond the immediate and obvious consequences.

It seems like sin is often packaged as something that is someone else’s problem or shortcoming. Aside from just glossing over our own faults and failures, this tendency ignores the lasting physical, emotional and spiritual impacts of sin on those around us.

In The Image of God (1730), Wesley addresses the fall by placing obedience as the primary characteristic of the perfected Adam. When Adam disobeys God, the effects reach to all aspects of life. Wesley even begins to hypothesize physiological effects are a direct result of the fall in speculation that is both beyond its time and perhaps not as far fetched as one would think at first glance. Often we are unaware of how devastating our sins truly are to both ourselves and those around us. Wesley’s thoughts begin to turn the wheels in the mind.

2. “Love the creature – as it leads to the creator”

(The Circumcision of the Heart, p.28 [1733]).  As God refines my heart, the necessity of Christian community continues to grow in significance. In 20th and 21st century Christianity, much of the language focused on the notion of a personal relationship with God. While our relationship with the Creator is supremely important, Wesley’s point that we get to that relationship through our fellow men and women is profound and just as weighty. Investing time in others not only serves to build them, but it builds us. God chose for the faith to be spread and strengthened from one person to another, and John Wesley understood this very well as evidenced by his Society groups.

3. One thing is ultimately needful, and this is God.

It’s easy to say that no amount of church attendance, Bible reading or any other activity will make me a better Christian on its own. Unfortunately, it remains all too easy to get caught up in the vestiges of legalism or performance Christianity. In Wesley’s sermon entitled The One Thing Needful (1734) after Luke 10:42, there are two quotes that I highlighted the very first time that I read the sermon. I tucked these thoughts away in my heart and mind. Wesley wrote:

In the following paragraph, he expanded the same theme a little further:

“All, the parts of it centre in this one point, our renewal in the love of God; either enjoining what is necessary for our recovery thereof, or forbidding what is obstructive of it. Therefore this, being the one end of our redemption as well as our creation, is the one thing needful for us upon earth.” (37)

Obviously, Wesley placed emphasis on love being the primary vehicle and characteristic of God, and this would seem to fit well with the famous verse at 1 John 4:8. Wesley placed this renewal in the love of God as the one thing to focus upon. Love is very much the fruit of sanctification as our souls are perfected by the working of God.

Reading John Wesley continues to stir the heart of this Baptist. He understood and continues to communicate that faith is not just an intellectual endeavor. Faith is a journey, that involves both love and action expressed to our fellow humanity. This is how God expresses himself through us, and this is how God works to fashion our hearts to something new, as well.