5 Things I Do Before Preaching - Seedbed
close
Menu 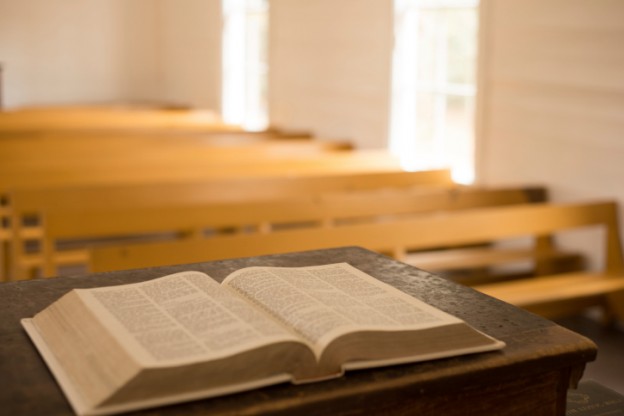 As a tennis player and fan, I recently read an article of some of the most unique superstitions of the sports superstars.

For example, Andre Agassi went commando in his first match at the 1999 French Open. And when he won that particular match, he then went underwear-less for the rest of the tournament, which he won.

Other players eat the same meals every day as long as they are winning, while still others, like Poland’s Jerzy Janowicz, refuse to shave until they are out of the tournament.  That’s why he was lightly bearded in the semi-finals of Wimbledon in 2013 but silky smooth after losing in the first round at Flushing Meadows later that summer.

The article brought back some . . . comforting? Alarming? Peculiar? Memories of my own idiosyncrasies when I played competitive tennis.  For example, I wouldn’t step on the lines of the court when I changed ends during a match.  I would always use the same ball on the next point if I used it to hit a good shot on the previous one.  I’d wipe my grip off with a towel before every serve.

Maybe my favorite involved a tournament in Corpus Christi, Texas, which I ended up winning when I was 16.  At the time, it was the biggest event I’d ever won and the best I’d ever played.  And before each match that week, I had some Dunkin’ Donuts.  Suddenly that became the ticket!  I had to have a doughnut before every match, Corpus Christi or not.

Well, that superstition ran out about as quickly as the nutritional value of my chocolate eclair.

Anyway, what, if anything, does all that have to do with preaching?

Quite a lot, apparently.  Because I recognize that I have certain fixed and immovable habits around my preaching at Good Shepherd.  I’m not going to call them superstitions, because I believe God is in the whole process.  But I will call them idiosyncrasies because I know I’m in the process.

1.  I prepare the message at least six weeks out.

The next sermon I need to prepare, for example, will be delivered on Christmas Eve.  I figure that since I need to get one ready almost every week, I might as well be working on them well in advance.  This timetable might not be for everybody; I know some folks work better under pressure.  In contrast, I’m pretty sure I’d have ulcers if it ever got to be Thursday night and I didn’t know what I was going to preach for Sunday.  I have been able to get so far ahead through the years primarily by preparing messages even on those weeks that someone else on staff or in the congregation is handling the upcoming sermon.  In the early days at Good Shepherd, I’d work two weeks in advance; now, fifteen years in, I have crept up to six.  As you might imagine, working in this way helps those who develop our graphics packages and arrange our music.

2.  I familiarize myself with the coming Sunday’s message every morning before I leave the house.

So while during the day I’m developing & writing a sermon for next month, early, early in the morning I’m getting to know the one I’ll deliver this coming Sunday.  Yes, I practice.  Sometimes I’ll pull one out that was prepared six weeks ago and then begin to practice it on Monday and realize, “Hey!  This is good!  I can’t wait for Sunday!”  Other times it’s, “Uh-oh.  This needs work.  And prayer.”

3.  I make detailed notes in microscopic writing on either Thursday or Friday.

I never use those notes. They just help me to get the flow of the message firmly in my mind.  Such detailed memory work helps me live into the advice of Jerry Mercer, my first-ever preaching professor, who said, “Write a manuscript for your sermons. And then leave it at home on Sunday morning.”  Done.

4.  I pray over my preparation.

On Friday, I pray that God would send people of all nations and backgrounds and colors and languages to worship on Sunday.  I don’t know why Friday is my day for full color prayer.  It just is.

After my Saturday run through, I lay my hands over my preparation and pray for a full anointing the next day.  I also pray for several preacher friends at that time, asking that God would use them as a magnet to draw people into the Kingdom.  After praying for those friends, I pray for my own message.  A long, long time ago, during one of those Saturday prayers, I very clearly heard God say, “don’t ever preach without praying like this.”  So I haven’t.

Download Aaron Perry’s book, Putting the Plot Back in Preaching.

© Seedbed 2021
5 Things I Do Before Preaching
MORE STORIES