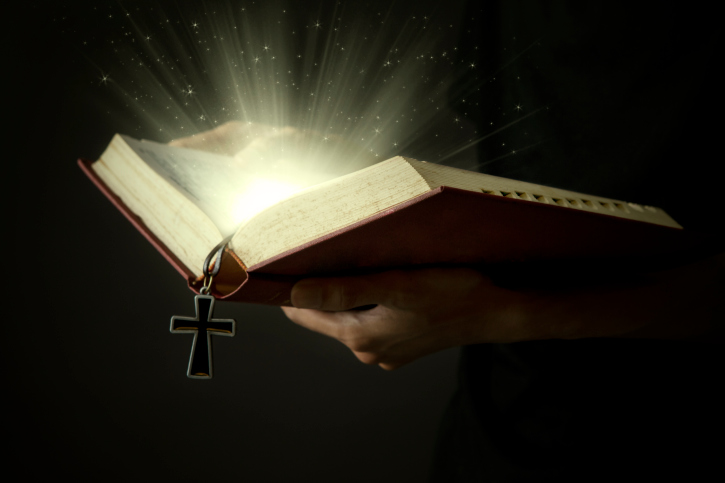 Apologetics comes from the greek word apologia, meaning “speaking in defense.” Defending the Christian faith has a long history which harkens back to the time of the apostles (“Always be prepared to give an answer to everyone who asks you to give the reason for the hope that is in you” 1 Pet 3:15). It has taken many forms over the centuries, some proving to be more effective than others.

But not everyone is called to learn apologetics. In fact, the whole enterprise has led to anxiety in many Christians over fear of embarrassment for not having all the right answers. Some Christians have even used apologetics as a weapon in conversations with non-believers, often forfeiting opportunities for deep friendships for the sake of winning arguments (you know the type).

But if you think about it, 1 Pet 3:15 isn’t exhorting Christians to have an answer to every skeptic’s question, it is rather the challenge to be able to explain your lifestyle in simple terms that refer back to Jesus. It’s not a call to an intellectual defense—though that has its place in the life of the Church—but a simple profession of the role of Jesus in your life. The truth is, most people read too much into this passage. Giving an account of your personal hope can really be a simple answer—it just includes talking up Jesus!

At other times though, Paul and the Christians in the Greco-Roman world engaged Gentiles by appealing to commonly known philosophical ideas, such as Paul’s Mars Hill discourse summarized in Acts 17. But this was the call of an apostle and evangelist who received one of the best intellectual educations available at the time.

My own journey has included sifting through many popular apologetics books covering basic responses, to more sophisticated philosophical and historical-critical approaches. Here’s what I’ve come to learn: “No one can come to [Jesus] unless the Father who sent me draws them, and I will raise them up at the last day.” (John 6:44) Convicting faith is the work of the Spirit of God. You cannot reason anyone into the kingdom, not even yourself! The Father, working in grace, sends his Spirit to us to make us receptive to his gospel truth.

Does this mean that there’s no place for apologetics in the life of the Church? By no means! Many times apologetics can mature the faith of Christians or encourage Christians struggling with doubt. Apologetics, when not relying on simplistic answers, may also serve as a bridge which moves skeptics to recognize the rich intellectual heritage of Christianity. Again, the purpose of apologetics isn’t to convince everyone, but it may encourage people on their faith journey.

So, here are 7 of my top recommendations for adults and students who wish to further explore the reasons for their faith:

The Reason for God: Belief in an Age of Skepticism by Tim Keller (Riverhead Trade, 2009)

This is the number one book I would recommend because it is comprehensive, easy to read, and engaging. Many have referred to it as the book of our era on this topic and have compared it to Mere Christianity by C. S. Lewis.

This book helps us understand apologetics as a winsome enterprise for the purpose of introducing the treasures of the Christian faith to skeptics. McGrath is a professional scientist and theologian, longtime professor at Oxford University, which gives him additional credibility. He is especially balanced and nuanced. See also his Doubting: Growing through the Uncertainties of Faith.

God is Good, God is Great: Why Believing in God is Reasonable and Responsible edited by William Lane Craig and Chad Meister (InterVarsity Press, 2009)

This book is a collection of carefully reasoned essays from leading scholars in various fields, especially philosophy. It was written as a response to the charges against the Christian faith by the “New Atheism.”

The Case for the Real Jesus: A Journalist Investigates Current Attacks on the Identity of Jesus by Lee Strobel (Zondervan, 2009)

This is part of a series that addresses specific topics (The Case for Christ, The Case for a Creator, The Case for the Resurrection, etc.). This one in particular deals with the question of whether the Church’s traditional understanding of Jesus conceals or reveals his true, historical identity.

William Lane Craig is a research professor but he is also a professional apologist. He has debated some of the leading skeptics and always produces clear and well-reasoned arguments. This is his ultimate book on apologetics.

Can We Still Believe the Bible? by Craig Blomberg (Brazos Press, 2014)

Blomberg is a New Testament scholar who has done the much-needed work of presenting a fresh defense of Scripture’s authority. He comes down as a moderate-conservative on important issues, while adhering to a form of “inerrancy.” This is for those interested in learning more about the challenges to Scripture’s historicity and reliability.

From Jesus to the Church: The First Christian Generation by Craig A. Evans (Westminster John Knox Press, 2014)

Craig Evans is a first-rate biblical scholar who is well respected in his field. This book addresses some of the historical issues in the first century and tackles concerns such as the relationship between Judaism and Christianity and the alleged tensions between James and Paul. It is a deeply insightful book for anyone interested in learning more about the history behind the New Testament Scriptures.

Here are two classics that, while a little dated, are still important reads: Mere Christianity by C.S. Lewis and Orthodoxy by G.K. Chesterton.