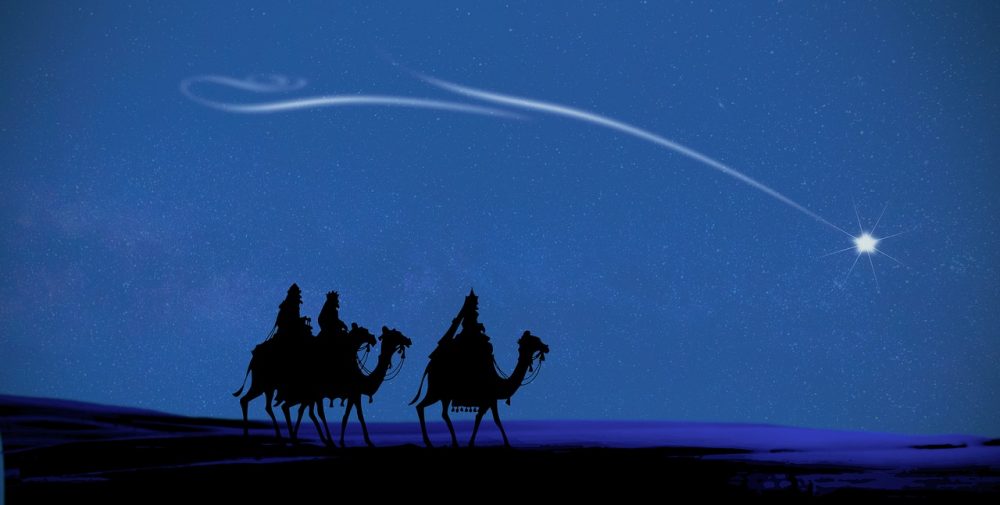 1) The Feast of Epiphany is observed on January 6 and marks the completion of the Cycle of Light in the church’s liturgical calendar. This cycle begins with Advent, continues through Christmas (or Nativity), and culminates with Epiphany, which means manifestation or revelation. The feast’s placement does not move since it is based on the solar calendar.

3) The theological significance of Epiphany relates to the narrative revelation of Jesus Christ as the Son of God, or God incarnate. The Apostle Paul uses the term epiphany to describe both Jesus’s manifestation of God at his birth and his second coming in 2 Timothy 1:9-10; Titus 2:13; 2 Thessalonians 2:8.

4) The earliest observance of Epiphany is found in Alexandria, Egypt, in the third century. Some believe it was a subversive celebration by the church to counteract the near Egyptian festival of Aion, the god of time, whose festival rituals also likely included water and its transformation into wine.

5) Only the Gospel of Matthew mentions the visit of the magi, who were probably pagan astrologers “from the East” v. 1 (rendered as wise men in some translations of the Bible, and in later centuries dubiously referred to as kings). See Daniel 1:20; 2:2 on magi’s role in royal courts. Their number is not spelled out but the magi likely had many companions, in spite of popular tradition numbering them at three. Three is often the number traditionally assigned since they brought three gifts to honor Jesus—gold, frankincense, and myrrh. This rendition likely goes back to Origen, who interprets the gifts’ theological significance in Contra Celsum: “gold, as to a king; myrrh, as to one who was mortal; and incense, as to a God.”

6) The magi visited Jesus in a home, not at the manger site, as the shepherds did. This occurred up to two years after his birth. The origin of the magi is unknown, though they likely came either from Persia or Babylon. Some scholars have speculated that they learned the messianic expectation from advising Jews during the exile—as the book of Daniel indicates—and had access to their sacred texts (the Old Testament), although the evidence for this is inconclusive. Rather than being polytheists, the magi were likely Zoroastrians, a religion of monotheistic dualism. Their traditional names Balthasar, Melchior, and Gaspar were imaginatively given to them in later centuries.

7) Comets or shooting stars were understood by ancients to be bad omens of a ruler’s demise. Therefore King Herod, an unfaithful Jew by his day’s standards, was rightly concerned that this star signified his displacement. The text does not clearly describe what kind of phenomenon this was, as stars often had symbolic or apocalyptic meanings, and astrological events are viewed relatively from one’s locality.