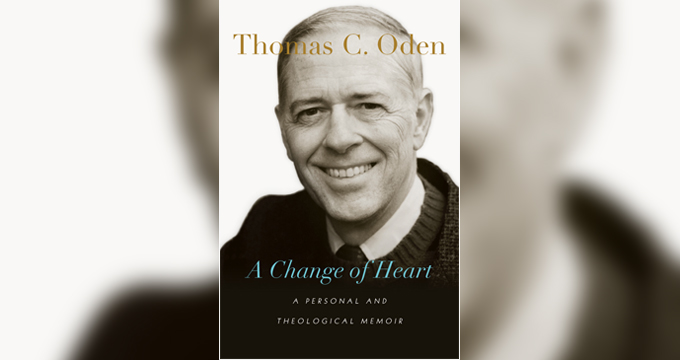 1. Thomas Oden was born on October 21st, 1931 in the small-town of Altus, Oklahoma, where his family endured the Dustbowl. He grew up in a traditional Methodist church and imagined what it might be like to be either a lawyer or a member of the clergy.

2. As a teenager Oden embarked on a trajectory toward radical left ideology, and his involvement with the Methodist national youth movement, World Federalist Movement, the first dropping of the atomic bomb, and his studies at Oklahoma University (B.A.), Southern Methodist University (B.D.), and Yale University (M.A., PhD) all affirmed and helped give shape to this journey. His early ideological heroes were Karl Marx, Friedrich Nietzsche, and Sigmund Freud, and he became a proponent of what is known as the Social Gospel.

3. Thomas Oden’s change in heart was prompted by his interactions with Will Herberg, a Jewish theologian, social philosopher, and mentor-colleague at Drew University. Herberg charged Oden with a failure to seriously engage the traditions of the church: “You will remain theologically uneducated until you study carefully Athanasius, Augustine, and Aquinas…” Oden credits Wolfhart Pannenberg’s Revelation as History with correcting his adherence to Rudolf Bultmann’s demytholigizing project. He also believed Pannenberg’s thought to be a more more faithful exposition of the Christian faith than Karl Barth’s neo-orthodoxy.

4. After his change in heart, Oden became a leader in the movement toward paleo-orthodoxy and classic Christianity, which drew on the rich sources of patristic faith and the wide consensus of the historic church for theology. While earlier he had been obsessed with novelty, Oden later said that he he wants his tombstone to read, “He made no new contribution to theology.”

5. Oden was deeply involved in ecumenical work, including being an observer at the Second Vatican Council. He also participated in the World Council of Churches, the World Evangelical Alliance, and Evangelicals and Catholics Together, where he served as a mediator. Oden claimed that Joseph Ratzinger (Pope Benedict XVI) planted the seeds for his patristic, Ancient Christian Commentary series with InterVarsity Press, which made early Christian exposition of Scripture accessible to the church.

7. In his retirement Oden remained a prolific author and editor. He credits his rediscovery of Africa’s spiritual and intellectual heritage as the inspiration and energy for his continued work, even after he lost his wife Edrita to cancer in 1998. Oden died on Thursday, December 8th, 2016 at age 85.