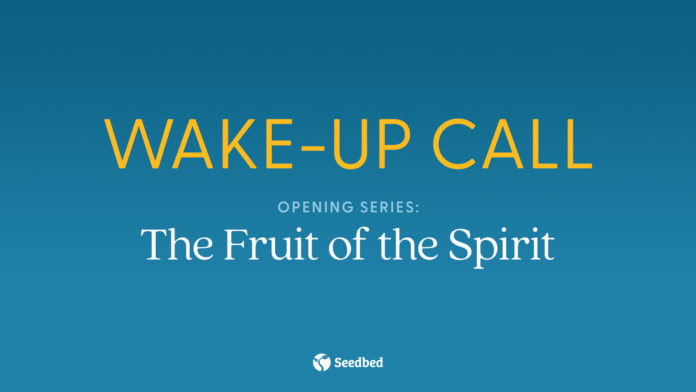 “But you will receive power when the Holy Spirit comes on you; and you will be my witnesses in Jerusalem, and in all Judea and Samaria, and to the ends of the earth.”

Today’s Holy Spirit Story comes from Steve Simms. Steve and his wife Ernie are a beautiful witness to the gospel of the kingdom of Jesus. They served on our prayer ministry team at New Room Conference. He is an engaged participant on our Wake-Up Call Facebook group page, often contributing rich insights. He wrote me this week with this story which he gave permission to share here today.

I was a church-attending cultural Christian. One day it was revealed to me that what I thought was belief in Christ was nothing more than my passive acknowledgment of church doctrine. Then I realized that I was a Christian in name only, so to be honest with myself, I rejected Christianity.

Here’s the story. I grew up in an unchurched, non-religious home. For some reason, as a small child I had a love for God. I would talk to my parents about him and ask them to take me to church, but they resisted. Then when I was about ten years old, they started attending a stuffy Presbyterian church.

The pastor wanted me to be a member, so he enrolled me in a new member class with a few other kids my age. It focused on Presbyterian history and doctrine, but I don’t remember anything being taught about a personal relationship with Jesus. Then the pastor sprinkled me in front of the church and proclaimed me a member. I quite naturally assumed that made me a Christian.

A few years later as a high school student, I was sitting in church one morning properly listening to the sermon when all of a sudden, a question came to my mind: “If you were born a Hindu what would you be today?” That got my attention, so I tuned out the sermon and began to ponder the question.

What if I had been born in a part of the world where Hinduism was the focal religion? What if when I had asked about God as a child, my parents had taken me to a Hindu temple? What if a Hindu priest had enrolled me in his class on Hindu history and beliefs and then brought me to the front for a religious ceremony and proclaimed me a Hindu? After thinking about that I said to myself that I’d be a Hindu.

Immediately the question came to my mind: “Why do you think you’re a Christian?” I instantly realized that my belief that I was a Christian was based solely on outward culture and circumstances, not on personal conviction. I spent most of the rest of the day asking myself what I personally believed independently of what I been taught to believe.

I began to realize that my supposed belief in the Bible, in Jesus, and in Christianity was only cultural so I rejected it all except for one thing. I realized that I did personally believe in some sort of Creator, so I closed my eyes and said something like: “I don’t believe in the Bible, in Jesus, or in Christianity, but whoever or whatever you are, will you show me the truth?”

About two years later I went to an informal Christian gathering of sixty or so students in the lobby of my college dorm (so that a classmate would stop inviting me). There I heard two people briefly tell how they had experienced the living Jesus Christ. I could sense something in them that I didn’t have, and in a moment, Jesus became real and present to me. I’ve never been the same. (It still moves me to tears when I talk about it.)

Then someone asked everybody to go behind the dorm and join in a prayer circle. I found myself going along with the crowd and holding hands in a big circle under the stars. People began to talk to God like he is real. (I’d never heard anybody do that in my original church.) I felt something moving through me. Although I was shy and had never prayed out loud, I found myself saying with a strong voice: “Lord, thank you for leading me here tonight and thank you for showing me that you’re real.”

Then the risen Jesus working inside of me prompted me to go to my dorm room and to begin to read the Bible. The words jumped off the pages and thrilled my heart. Reading the written Word flooded my soul with the living Word (Jesus) and began the gradual process of becoming flesh in me by transforming my thoughts, feelings, and desires and changing the way I live from the inside out. That process has never stopped! I still delight in the words of the Bible. Ever since I first began to read it, I’ve only missed a handful of days exploring it. The words echo in my mind and heart throughout the day and help keep me connected with the risen Jesus.

Open your heart and surrender your life to the ever-living Jesus. Then He will lead you to his book and empower the words to convict, delight, heal, and transform you from within. Regularly read the Jesus-book with an open, tender heart—red or black the words will impact you deeply!

Father Farmer God, thank you for this story from Steve of how you are always working and you never stop working. Thank you for the way those two people stood up and witnessed personally to your reality in their life and for how your Spirit planted that witness in the soil of Steve’s heart like a seed. It made all the difference. The seed became shoot and leaves and root and flower and fruit and then more seeds sown into more lives and on this has gone now for decades in this story alone. Wake me up to the miracle of how you might work in and through me for the sake of so many others who are still searching. Praying in Jesus’ name, amen.