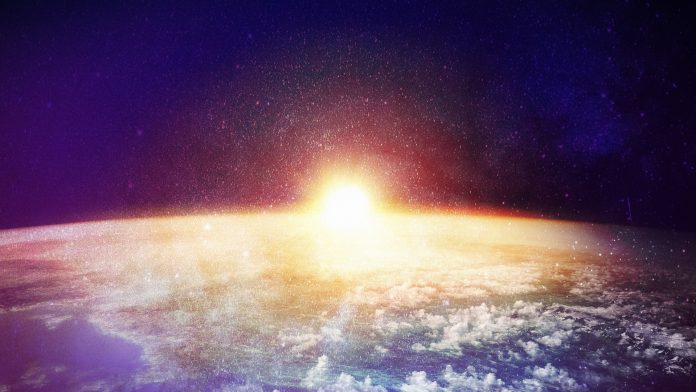 NASA’s Apollo 13 had one mission: land on the moon. On April 13, 1971, the spacecraft carrying three astronauts was half way to the moon when an oxygen tank exploded. Now tumbling through space while leaking breathable air, losing power, and drifting off course, Commander Jim Lovell radioed to mission control: “Houston, we’ve had a problem,” and their mission immediately changed. It was now a rescue mission, and the goal was to get back to Earth alive.

After they splashed down in the Pacific Ocean four days later, their mission was dubbed “the successful failure” because they lost their original goal of landing on the moon but made it back to Earth alive.

Our story begins with a simple mission: “The Lord God placed the man in the Garden of Eden to tend and watch over it” (Gen. 2:15).

But soon there was the big lie, rebellion, and so Eden, we’ve had a problem.

Now God had a new mission: save us from our sin and its catastrophic effects. It is a successful failure because we lost our original creation goal, but God has succeeded in saving us through Jesus Christ.

Get The Advent Mission Church Kit from our store here!

The meaning of the word mission is “a sending; a charge to go and perform a specific duty.” This leads us to the mission statement of Scripture, John 3:16–17: “For God so loved the world that he gave his one and only Son, that whoever believes in him shall not perish but have eternal life. For God did not send his Son into the world to condemn the world, but to save the world through him.”

Maybe we lose sight of the real meaning of Advent because, for many of us, Advent is the launching pad to Christmas morning: a twenty-four-day countdown to stockings and presents. We don’t think about Advent as first being about the second coming. After all, it’s been two millennia since Christ was born, crucified, rose from the dead, ascended into heaven, and sent the Holy Spirit. And for two thousand years, we’ve been living somewhere between forgetting about or fretting over his return.

In his book Give Them Christ, Stephen Seamands writes, “the second coming should therefore not cause us to abandon this world or look for an escape from its suffering and evil. Instead, it should move us to become passionately and actively engaged in it.”

Preparing for that kind of Advent before we celebrate Christmas is how we get in on God’s rescue mission. Consider the devotionals in The Advent Mission a launch manual for our mission together.

Before getting started, maybe we need to add a line to the mystery of our faith, which is really our mission hope: Christ was born. Christ has died. Christ is risen . . . Christ will come again! Advent is our reminder that Jesus Christ is coming again, and we ought to align ourselves to his grand mission of rescue and realignment. So get ready for Advent this year, and let the countdown begin!

“This book is an excellent advent resource. I highly recommend it for personal use, small group use, or to give to a friend. Omar does a great job in making sometimes difficult scriptures understandable. This book helps to explain advent in a way that can be applied to everyday life.” (Cindy P.) 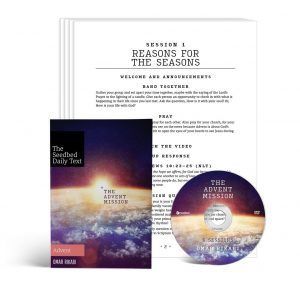 Are you interested in a fresh take on Advent? Start reading along with daily devotions from The Advent Mission by Omar Rikabi. Take it one step further and get your entire church on the same page with our Advent Mission Church Kit. The kit includes a Sunday sermon series outline, Sunday School/group discussion guides, children’s teaching plans, and youth teaching plans. Additionally, there are six videos to help carry you through Christmastide to Epiphany. Get it from our store here.