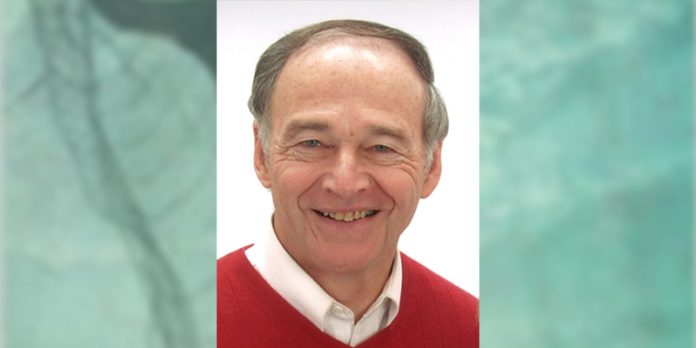 Very early in his career, retired Asbury Theological Seminary professor Allan Coppedge taught Old Testament at the One Mission Society seminary in Medellin, Colombia. “After I had been there a little while,” Coppedge recalls, “it suddenly dawned on me that I was a missionary that told people I was going to the mission field to fulfill the Great Commission, but I wasn’t doing anything directly to make disciples for Jesus.”

So, as Coppedge relates, the Spirit started speaking to his spirit.  Disciples needed to be made.

The Spirit seemed clear: “Why don’t you invite four or five guys out of your class to discover what it means to be a disciple?”

“But I’ve never been in a discipleship group. What would I do?”

“Well, you’ve got Robert Coleman’s book The Master Plan of Evangelism; you can start and walk through it with them. The biblical passages are there…”

“Well, Jesus,” said Coppedge in a bit of exasperation, “I just don’t know how to do this.”

According to Coppedge, “I started, and God met with us.”

Allan Coppedge enjoyed a thirty-three year career at Asbury Theological Seminary as the Beeson Professor of Christian Theology, teaching in the areas of Wesley Studies and Systematic Theology (Emeritus). His was a formidable classroom presence. He also wrote volumes published by Zondervan and InterVarsity Press, raised an extraordinary family of ministers and missionaries and, as noted before, oversaw the discipleship of generations of students

I am one of the men he impacted. I took every course he taught, was regularly in his living room for discipleship purposes, started a career in higher education with his generous encouragement and continue to be marked by his lessons in the classrooms where I teach, the situations in which I minister, the family that I am raising, and the church which I serve. So it made sense for me to compile a festschrift (a book of essays by scholars to honor a scholar) to commemorate Coppedge’s life-changing investment in students.

Typically the most daunting part of this type of project is recruiting contributors. Not for this tome; once they knew whom this effort was honoring writers immediately stepped forward: Drs. Dennis Kinlaw, Robert Coleman, John Oswalt, Timothy Tennent, Chris Bounds, Bill Ury, and others. Not all were scholars; some, like Rurel and Lisa Ausley are pastors and others, like Wes and Joy Griffin, have discipling organizations with international impact.  But it is a volume packed full of wonderful perspectives on Scripture, theology, Church and mission that will challenge readers and provide insight into the task of Great Commission ministry.

The most impactful professors during my era of seminary involvement were those that spent significant time with students outside the classroom. Allan Coppedge was among the few who made that investment. That alone, along with his robust discipleship methodology, marks him as one of Methodism’s finest.  This book of essays by stellar disciple-contributors serves to testify to that legacy.

Get the book, Discipleship: Essays in Honor of Dr. Allan Coppedge edited by Matt Friedeman here. All of the essays focus on and speak to another aspect of the church’s primary task—discipleship.