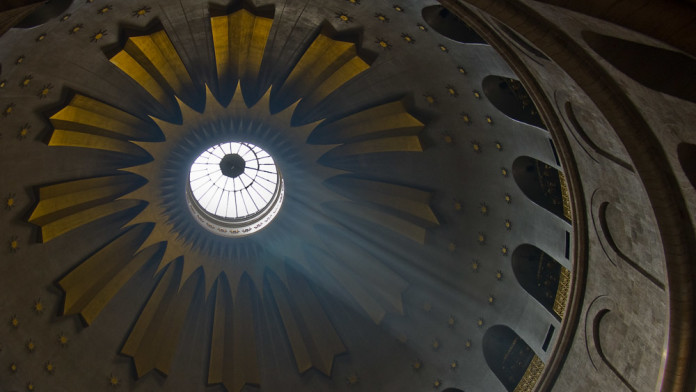 Another piece of poetry I always pull out and savor at Easter is the Easter Homily of John Chrysostom. I have not gone back and found the actual “official” published version of it, and I’m sure there is more to it than this, but I still never fail to thrill to this stirring proclamation of the resurrection. If you have never understood exactly what preaching as “proclamation” means, here’s your example. If you have never understood how to give a real invitation, here’s your example.

Is there anyone who is devout and a lover of God?
Come, and receive this bright, this beautiful feast of feasts!

Is there anyone who is a wise servant?
Rejoice, as you enter into the joy of your Lord!

Is there anyone who is weary from fasting?
Come, and receive your reward!

Is there anyone who has labored from the first hour?
Accept today your fair wages!

Is there anyone who came after the third hour?
Be glad, as you celebrate the feast!

Is there anyone who came after the sixth hour?
Have no doubts, for nothing is being held back!

Is there anyone who delayed until the ninth hour?
Come forward, without any hesitation!

Is there anyone who came up only at the eleventh hour?
Do not be afraid because of your lateness—

For the honor and generosity of the Master is unsurpassed.

He accepts the last as well as the first;

he gives rest to the eleventh-hour arrival as well as to the one who labored from the first;

he is as merciful to the former as he is gracious to the latter;

he shows his generosity to the one, and his kindness to the other;

he honors the deed and commends the purpose.

Therefore, enter all of you into the joy of your Lord!

Both first and last, receive the reward;

rich and poor, dance and sing together;

continent and dissolute, honor this day;

The table is filled, and everyone should share in the luxury;
the calf is fatted, and no one must go away hungry.

Come, one and all, and receive the banquet of faith!

Come, one and all, and receive the riches of lovingkindness!

No one must lament his poverty,
for a kingdom belonging to all has appeared;

no one must despair over his failings,
for forgiveness has sprung up from the grave;

no one must fear death,
for the death of the Savior has set us all free.

By being held in its power he extinguished it,
and by descending into Hades he made Hades a captive.

He embittered it when it tasted his flesh.

And in anticipation of this, Isaiah exclaimed:
“Hades was in an uproar, meeting you below.”

It was in an uproar for it was wiped out;

it was in an uproar, for it was mocked;

it was in an uproar, for it was vanquished;

it was in an uproar, for it was bound in chains.

It took a body, and met up with God;
it took earth, and came face to face with heaven;
it took what it saw, and was smitten by what it did not see

O death, where is your sting?

O Hades, where is your victory?

Christ is risen, and you are laid low;

Christ is risen, and the demons are struck down;

Christ is risen, and the angels rejoice;

Christ is risen, and life is abundant and free;

Christ is risen, and there are no dead left in the tombs!

For Christ, when he was raised from the dead, became the first fruits of those who have fallen asleep.

Glory to him! and power, for ever and ever. 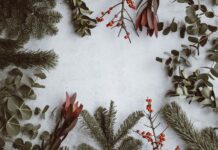 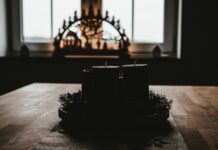 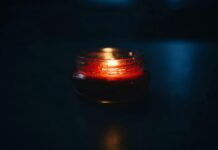 Bringing Liturgy into the Home