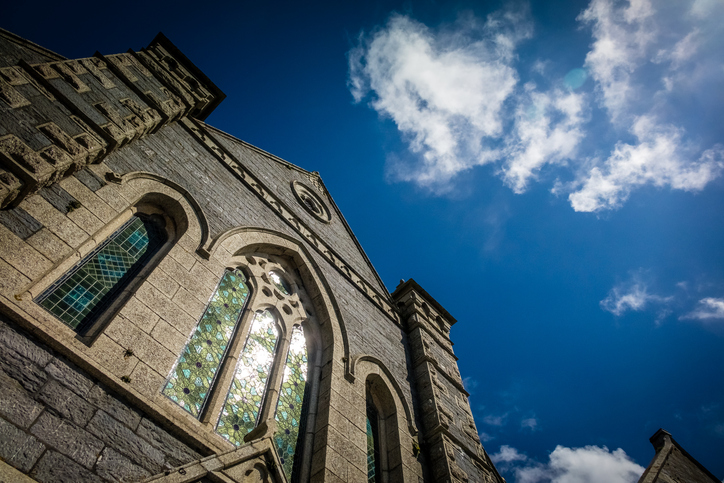 Another General Conference has ended and you are feeling betrayed, angry and sad about the brokenness of the church. Is there a way forward? Have the Bishops provided it with the document by the same name? Are we hopeful about the future?

First, as much as we might want to be angry with our Episcopal leaders, we should reflect on what a difficult place they are in. Just imagine what the country would be like if both Hillary Clinton and Donald Trump were both sworn in as President. Imagine further, if Bernie Sanders and Ted Cruz also became President. Also sworn in the same day would be Elizabeth Warren and Paul Ryan, and so on until, eventually we had—simultaneously—66 Presidents of the United States. Are you sweating, yet? This is analogous to the situation we face in the United Methodist church. We have 66 bishops (46 episcopal regions in the US and 20 areas outside the US) who serve as the episcopal leaders over the United Methodist Church. Is it any wonder that we are deadlocked with no leadership? In the past the system managed to work reasonably well because, despite the numbers, there was a broad agreement concerning the gospel, the Wesleyan message, and there was, frankly, more integrity about covenant keeping. All of that is gone today. The church is left without leadership. The covenant which binds us is in tatters. The gospel message has become dim. The Wesleyan distinctives have long been reduced to a few predictable sound bites which have been ripped from their original setting and meaning. We are in a tough spot.

1. This episcopal document, known as An Opening for a Way Forward, is the final triumph of Rule 44. Like Rule 44, it will place in the hands of a few carefully selected people the privilege of drafting legislation about human sexuality. We have been given Rule 44 back in a different form, but it will unfold over three years rather than three days. I would rather be shot in three days than slowly tortured over three years, but that’s just me.

2. This motion expects that two or three more years of discussion will change things. They will not. The voices “chosen” for the evangelical position will likely be the weakest, most conflict adverse people they can find. But, even with that, the Scriptures will not change over the next two years. No amount of blue ribbon commissions will change God’s Word.

3. The time frame allows for three more years of cultural shift in post-Christian America. Because many of the leaders of the United Methodist church still foolishly envision our church as occupying the cultural center, it is hoped that more United Methodists will finally get on board this path of cultural accommodation. Let me be clear: I am not going to get on that boat. Because it will only lead us to more missional drift, more staggering membership losses, and more silencing of the Wesleyan message.

I consider the passing of the Episcopal initiative a failure for the church. It continues our agony for three more years. One of the closing sentences from the document best sums up the agony which awaits us: “We will continue to explore options to help the church live in grace with one another—including ways to avoid further complaints, trials and harm while we uphold the Discipline.”

What exactly does this mean? It is language which has become all too familiar to those of us in the rank and file. It throws us all back into the fog. Everyone can read into this whatever they want. But, let’s be clear what it really means. This statement gives official episcopal “space” for further disobedience to the Discipline (avoiding complaints, trials, and harm) while, in a masterful stroke of double-speak, says “while we uphold the Discipline.”

What is the Way Forward?

Despite all of this agony, I have not given up hope in the power of the historic Wesleyan message. I believe that God still has a plan for the “people called Methodist.” I am not planning on leaving the UMC, but nor can I hope that anyone in leadership can lead us to a place of health. So, what do we do? We must realize that the future of the church is in our hands. We cannot expect our church to be rescued by endless meetings of Annual or General Conferences, episcopal deliberations, or costly blue ribbon study commissions. We must turn the volume off on the “general church” deliberations and focus on preaching the gospel, discipling believers, and living in holy covenant.

This is why we created the New Room Network and the New Room Covenant. We have zero interest in starting a new denomination. We are not even interested in arguing for separation. I’m tired of all the “solution” for a “third way” and a “way forward.” None of this will help us. We don’t have time for that. There is too much gospel work to be done. There are too many people dying without Jesus Christ. The purpose of New Room is to enter a new space which is joyful and missional. We are uniting evangelical Wesleyans from all over the world in a restored covenant. Thousands of United Methodists are joining. Thousands of other Wesleyans who are either former United Methodists or who belong to other Wesleyan movements like the Free Methodists, the Wesleyans, the Christian and Missionary Alliance and Salvation Army are joining from all around the world. This has nothing to do with “getting out” or “staying in” the UMC. This is for everyone who longs for the day when the gospel is again clearly proclaimed, God’s Word is affirmed, the Wesleyan insights are embraced, and our covenant is restored. Please join us.