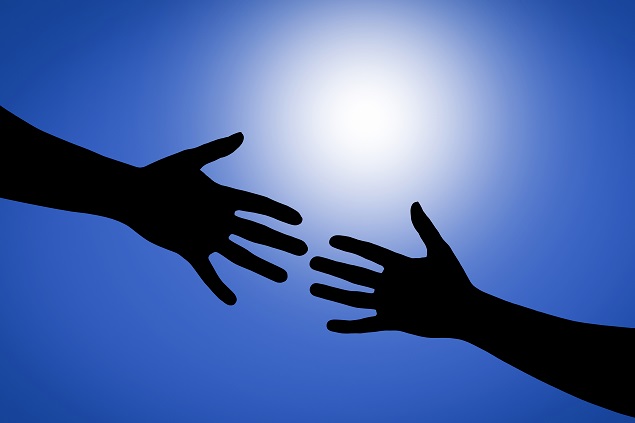 When people have experienced true difficulty in life or a deeply tragic event, there often comes a moment when we come to a point of utter hopelessness. Enter the well-meaning people who always inevitably say, “God won’t give you anything you can’t handle!”

Those of us who have been through such a trauma are painfully aware that this cliché platitude is utter bovine excrement.

To say God would “give you” such a horrible trauma is terrible theology, and life is full of hardships and pains that we do not possess the capacity to handle. There are times when, without intervention, we simply cannot continue putting one foot in front of the other. Mark 5:21-43 sets right this theology of suffering and shows the power and compassion of God for all of humanity in the telling of two people with seemingly hopeless situations who have a transformative encounter with Jesus.

We begin with Jesus crossing over the lake with his disciples, seemingly to get away from the pressing of the crowds after casting the Gerasene demoniac’s demons into a herd of swine. However, as Jesus arrives at the other side of the lake, he finds that the crowds are not any better on this side. He is approached by a leader in the synagogues, whose name is Jairus. Jairus proceeds to throw himself at the feet of Jesus in a desperate plea for him to heal his twelve-year-old daughter, who lay dying at home. Here, we start right off with a seemingly hopeless situation. There is also some level of irony in the fact that a leader in the synagogues would come to Jesus for help of any kind, considering how critical of the religious leaders Jesus often was. However, despite the fact that Jairus was a member of the religious elite, Jesus shows compassion on him and follows him to his home.

As they are traveling there, Jesus is approached by a woman who has been suffering from a bleeding condition for twelve years. As the woman draws near to Jesus, she reaches out and surreptitiously touches the hem of Jesus’ outer garment. She seems to have some idea that there is something magical about Jesus that might transmit to her through his clothing. Of course, this is not the case. However, Jesus chooses not to rebuke her about that. Perhaps it is an act of mercy and understanding, given the shame she has been under for so long.

In spite of her desire to remain undetected, she is instantly healed, and Jesus becomes aware that power has gone out from him somehow. Jesus asks, “Who touched my garment?” (I do take this to mean that he was, indeed, limited in the fullness of his humanity and did not know who touched him.) The disciples are floored that he would even ask such a silly thing, as people are pressing in on him from all sides, but Jesus knew someone touched him in a way that was very different than the typical jostling.

The woman throws herself at Jesus’ feet and admits to all she has done. This is a big deal, because she has done something that would typically be punishable by death. She, someone who is ceremonially unclean, has put herself in contact with someone who was clean. However, instead of becoming ritually unclean himself, Jesus, in healing the woman, not only remains clean, but makes her clean as well.

This woman, who has been healed, is a member of the most vulnerable in her society. Not only was she a woman (who had no rights in that ancient culture), but she was continually unclean due to her bleeding—a true outcast from her community. Here, we see her cast as an interruption in Jesus’ trek to aid Jairus’ daughter—an interruption that would prove very costly, as Jairus’ daughter dies before they can get to her. However, Jesus did not value Jairus or his daughter over and above this low-class, outcast woman. He devotes the same attention to declaring her clean as he does in journeying out of his way to save a little girl: the daughter of a man who is part of the religious elite.

Before Jairus, Jesus, and the crowd can make it all the way to Jairus’ home, someone comes to meet them and let them know that it is too late. The girl had died, and there was no point in Jesus coming any further. However, this story does not end here. The interruption of the bleeding woman and the girl’s subsequent death are merely setting the stage for a greater work than anyone had expected. Jesus continues to the home, reassuring everyone that the girl is simply asleep. He goes into the home with only a handful of his disciples, and he commands the girl to rise up. She does, and she walks around. Jesus commands everyone to be silent about the miracle (though it is clear they are not going to be able to keep the crowd from knowing she is alive again), and he tells them to get her something to eat. He cares as much about her physical hunger as he does about her living again.

The bleeding woman had spent all she had to try and find healing through every avenue available to her. The task of being healed seemed impossible for her. Indeed, in her own power, there was nothing she could do to prevent what was surely her eventual death. It is a difficult place to be when you have resigned yourself to die. But, Jesus had other plans for her, and he had the power to change the situation when no one else could.

Jairus, for all his power and authority, could not save his own daughter’s life. He was watching her waste away before his very eyes, even as he was likely petitioning God to save her. How desperate must he have been to throw himself at the mercy of someone who was critical of his kind—someone he had heard so many bad things about? Surely everyone in the crowd knew who he was. But, he knew he had no other hope left.

This passage serves to teach us that Jesus does not value people differently based on the world’s standards of worth. But, it also serves to teach us that no matter how dark things look or how defeated and helpless we feel, God is often not finished yet. Even when we are at a place where we cannot go on, He has the power to change our odds and give us what we need to keep going. Even when we get the theology wrong (Jesus has magic clothes?) or when we don’t have enough faith (she’s dead; it’s no use), Jesus shows us that he cares and will act on our behalf to help us when there is nothing left we can do to help ourselves.

Patricia Taylor is the managing editor for Soul Care Collective and a member of the Seedbed Farm Team.