Light and Life Goleta certainly lives up to its name as they are bringing both light and life to their ocean-front community in southern California. They are reaching out and including many people from marginalized communities in their worship and life together. Since they worship on Sunday nights some members head out on Sunday mornings at 11:30; in their words they “distribute tacos and the hope of Christ to all who are hungry.”

For Easter this year, they decided to have an Easter service on the beach. Members went out to places like People’s Park, where they had been handing out tacos. They expected to find a crowd of folks to take with them by minivan to the worship service, where they would also be serving food. Instead they found one man. “Stephen” was obviously intoxicated, but he materialized when they shared the invitation, “does anyone here want to come to Easter?” He volunteered that he was a Christian and they helped him to their vehicle. On the way they grew alarmed as he grew agitated and insisted on alcohol to drink. On their mind, at this point, was only getting “Stephen” to the food at the event, but based on logistics they would have to take him through the front of the service.

I succeeded in getting “Stephen” to move to the side of the stage area (not completely off mind you), and talked him into going for some tacos. It was in this moment that everything changed. “Stephen” and I were standing not three feet from the lead singers and in plain sight of the whole crowd, when in a divine moment of clarity, “Stephen” looked directly at me. He looked deeply into my eyes and said, “God bless you man. I’m sorry I got all upset in the car, I know you’re looking out for me. Thanks.” While staring intently back into his eyes while mine welled up with tears I responded also with a moment of divine clarity, “I’m so glad you’re here “Stephen”. God bless you too. Jesus rose for you today.” He looked down and shook his head in acceptance and muttered, “I know he did.”

And as he looked down he fell to his knees in front of the whole assembly but with no regard for their presence. I learned later that Pastor Dave, the worship team, and practically the whole assembly were emotionally impacted by this enactment as much as I was. It seemed clear that for a moment or two he was experiencing the Presence of God–despite his drunken state. I was frozen where I stood, the scene and the moment were all too heavy for me to take in at once. I had just experienced something I could never properly put words to and could never fully comprehend in all of its glory. Here was a man whom I, and the world at large, had written off yet was experiencing God in a miraculous way.

At the end of the song he looked up at me from his knees, but when he looked at me his eyes were different, back to the drunken unfocused eyes of an alcoholic and he said, “Can I have a beer?” to which I had to laugh and say, “No”. The moment had passed. – Ian Lawler

They’ve keep up with “Stephen” and the experience seems to have touched everyone who witnessed that impactful moment that day. “Stephen” is helping them in their taco ministry and they’ve heard from others that he’s drinking less. “I do not know how the Lord worked in Stephen’s heart on Easter morning,” said future Free Methodist Pastor Ian Lawler, “but I do know that Jesus is alive and his Holy Spirit is among us in a way we can only marvel at.” 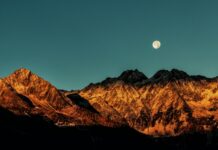 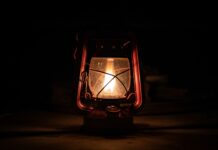