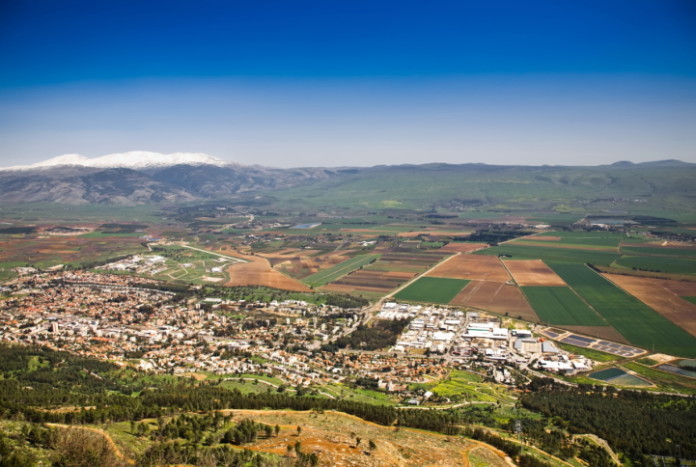 Why in the world are the books of Kings and Chronicles in our Bibles?

Commentators offer their answers, of course. Certainly these long, repetitive books are part of divine revelation.

Yet they are puzzling. Don’t look here for much inspiration. What good are they for twenty-first century Christians? Are they now anachronistic? Can we safely ignore them?

I’ve pondered such questions as I’ve been rereading these books. And what have I found? Surprisingly, eight angles of contemporary relevance.

First, these books provide remarkable character studies of kings, prophets, and others. The whole corpus is a parade of characters! David and Solomon, Elijah and Elisha, of course, but many others—Jeroboam, Rehoboam, Hezekiah, Josiah, Athaliah, Abigail . . . and many others. Human character hasn’t change much over the centuries.

Kings and Chronicles show government works. Political realism! These books show that government can be good or bad, or (most often) a mix.

These books show especially the problems of monarchy—of government with little or no checks and balances. The books are history of course, not tractates on political philosophy. Not like the Federalist Papers. But they show starkly that an absolute, or near-absolute, political leader can due huge damage in short order—though sometimes, good.

In this sense, these books are very up to date. I’m surprised how often today’s global headlines are mirrored in these biblical accounts. Every political issue of today is foreshadowed in Kings and Chronicles.

3. Fidelity versus Infidelity to God

Here is the most obvious and important lesson of these books. A constant theme throughout. The unknown authors or editors of these books return to this again and again. “Right in the sight of the Lord” is a constant refrain. Kings did, or more often did not, do right in God’s sight. The lesson here for God’s people is obvious.

The Bible is the revealed narrative of God bringing salvation. We see in hindsight how so much of the Old Testament points ahead to Jesus Christ and to the kingdom of God (a King like David). But for these hundreds of years of the Israelite monarchy, we are reading about how God was working to form a people; to wean them from idolatry, unrighteousness, and injustice to covenant faithfulness.

A surprising number of prophets (men and women) figure in the Kings and Chronicles stories. This is easily missed, once we get past Nathan, Elijah, and Elisha. A dozen or so prophets are mentioned by name, in addition to unnamed ones and “the company of prophets.”

Consider the prophetess Huldah, for example (2 Kings 22:14; 2 Chron. 34:22), who lived with her husband Shallum in Jerusalem. Young King Josiah had the good sense to ask her advice when the Book of the Law was discovered in the temple. She told him, in effect: The Lord meant what he said and will do as he promised (2 Kings 22; 2 Chron. 34). That’s all we know, but she played a strategic role at a critical time, which is what prophets do.

Prophets listen to God and never play favorites or curry favor. They stand far enough outside vested interests and the political system to see the big picture and warn of God’s judgments and promises. This theme runs throughout Scripture, of course, and much has been written about it. In Kings and Chronicles, as elsewhere, prophets are the essential voice of God and at times point ahead to the Messiah.

Here’s another reason to pay attention to Kings and Chronicles. Like the key role of prophets, it’s a key one for the church in every age. Much less has been written on this point, however.

God’s Spirit is always at work seeking to renew his people; ready to renew his people. “If my people, who are called by my name . . .” — a recurring theme, always explicitly or implicitly including the promise to heal the land (2 Chron. 7:14).

Kings Jehoshaphat, Hezekiah, and Josiah are well worth studying here. We learn renewal different lessons from each. And there are other examples.

Here again we encounter a key theme of all of Scripture. It assumes particular contours in Kings and Chronicles. We see the responsibility of political leaders, of prophets, of ordinary people, in various ways.

In these books the obvious, sometimes wearying, story plays out over and over. God’s purposes—his promises and judgments—will not ultimately be thwarted. Kings, people, and churches reap what they sow, for good or ill.

Judgment—immediate, impending, or avoidable through repentance—is a current throughout these books.

Kings and Chronicles further reveal aspects of God’s character. The revelation of God in Scripture is cumulative; revelation is progressive. The mystery but inescapability of God is so immense that it takes all the Bible’s books to reveal it—climaxing in the Incarnation; the life, death, and resurrection of Jesus; the certainty of Lion-Lamb triumph in the end.

So these books can be studies from this angle, as well. What more do we learn here of God? Of course the interface with the Prophets and the Wisdom literature in the Old Testament is also crucial to the story.

So here are eight aspects of relevance of Kings and Chronicles for our discipleship today. Eight angles of contemporary relevance. No doubt there are others.

Still, do we really need two parallel accounts? Both Kings and Chronicles (plus the books of Samuel)?

But perhaps the simplest is just this: Here again, as in the Gospels and the New Testament letters and some of the prophets, we get fuller vision by looking from diverse angles.

My conclusion is: We are indeed better off for having Kings and Chronicles in our Bibles. God intends that we pay attention.

What do you think? Have you wondered these same things? Has God spoken to you through these books?