A Christian Conception of Markets: Market Freedom Allows us to Act in Non-Market Ways (Part 8 of 12) - Seedbed
close
Menu 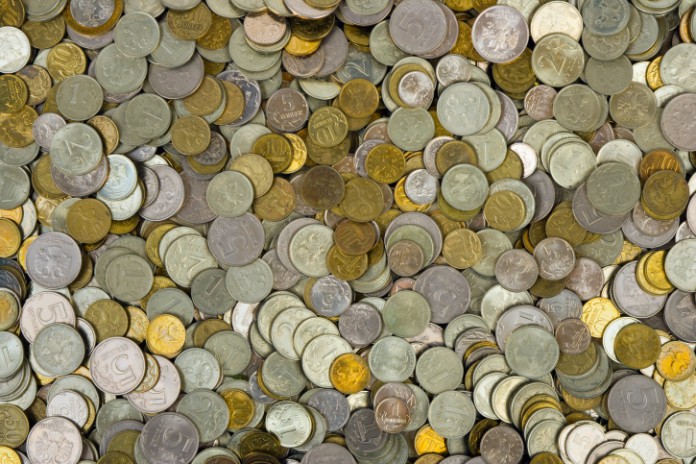 In 2012, Gordon College’s journal titled Faith and Economics printed a most interesting issue titled “What Theologians Wish Economists Knew, and What Economists Wish Theologians Knew.”  The very title suggests that these two groups have not always seen eye to eye when it comes to conceptualizing commercial activity and faith identity.

To provide an example, a common critique of capitalism from theologians goes something like this.  Competitive markets are driven by self-interested actors whose primary objective is to accumulate wealth.  Furthermore, such wealth accumulation stands in contrast to the early Christian ethic of alleviating the burdens of others (e.g., Philippians 2:4).  For example, Thorsten Moritz writes, “It is not only impossible to serve two masters at the same time, it is also a better reflection of Christ’s values to use one’s wealth for the benefit of those needier than oneself.” (1)  More bluntly, John Kavanaugh states that the demands of Christ are “outright assaults upon commercial consciousness.” (2)

Indeed, Moritz, Kavanaugh, and many others are right to point out that giving is very much antithetical to market principles of production, exchange, and merit.  You might say that it is an economy centered on theological principles.

First, giving is not predicated on exchange—a bedrock for modern market value creation.  This is because, as Daniel Bell has pointed out, God has given us his forgiveness. The root meaning of the word “forgiveness” is “to give excessively.” Bell writes:

In this way, forgiveness opens up a path beyond the iron cage of economy. Recipients of the gift of Christ, we are liberated from all that would prevent us from giving, that would constrain the flow of divine plenitude that continues through our enactment of love. (3)

Thus, in a theological sense, we are prompted to give not because we are receiving a tangible return (exchange), but because we have already been the recipients of the “gift of Christ.”

Second, it allows us to continue to “vote with our dollar”—but not in the traditional market-based way.  When cosmetics, diet related products, lawn care, etc., comprise a large portion of our spending, it communicates that image is of great importance. Thus, giving is more or less an opportunity, in an ecclesial sense, to demonstrate where the church’s concern lies and, moreover, to “store up treasures in heaven.” Thus, when an offering is given to the church ministry, to the poor and needy both inside and outside the church, to overseas aid, to humanitarian work, etc., a clear message is being communicated that “the least of these” is a priority in the Christian economy.

Third, giving is an other-centered activity.  In contrast, consider that in 2006 America posted the first negative savings rate (income minus consumption) for the entire calendar year since the Great Depression. This statistic does not necessarily reflect a reduction of U.S. income, but rather, an exorbitant increase in consumption. It is little wonder that British sociologist and economist Alan Storkey declared that “Consumption has now become the dominant faith. It is the chief rival to God in our society.” (4) Consumption stands in rivalry to faith in God because the radical mandates of Christ point us away from ourselves to those around us and often to those with less than us. Alternatively, consumer culture advances an insatiable quest for self-gratification.

How Shall We Then Give?

Described in these terms, there is merit to the idea of giving.  Moreover, according to the logic above, we might say that the act of giving offers a radical alternative vision of how we might arrange ourselves economically.

But here’s the catch—what this doesn’t answer is how this vision is lived out. In other words, what conditions best allow for such a practice?  How do we best arrange ourselves in order to give to one another?

In an ironic twist, the freedom afforded by markets and capitalism actually provide the best conditions by which to act in non-market ways.  In other words, if giving is important to us—then a free market should be important to us as well.

Consider this—for a market to be a true market, there must be a notion of voluntary exchange.  While free, creative, and voluntary actions are not the only requirements for markets to be effective, they are at the epicenter of the market mechanism.  Yet the same liberty that allows me to freely enter into economic arrangements also allows me to act in non-market ways.  This includes the practice of unconditional giving.

Furthermore, if one is concerned with giving as a “theological intervention”—a term used by Theologian Kathryn Tanner—then they must equally be concerned with having something to give.  It is for this reason that John Wesley, in his sermon on the use of money, called for people of faith to not only earn and save as much as they can, but to “give all [they] can.”  While Wesley was patently against the notion of earning all one can at any cost to their own health or at the expense of their neighbor, he was also a proponent of hard work and entrepreneurial activity in the marketplace.  Indeed, for people of faith, earning all they could was their “bounden duty.”

To summarize, taking scripture seriously requires us to consider alternative visions of economic activity.  I have used the practice of giving as an example.  However, we must make a distinction between an economy of giving and giving that occurs within the economy.

The former, which places giving at the center of economic activity, is difficult to realize.  Not only has Christian economist Victor Claar challenged this ideal as a “silly notion”—but Theologian Stephen Long has written that a noncompetitive market with unconditional giving as its primary function proves “exceedingly difficult, if not impossible” when it comes to applying such principles to economic exchange. (5)

This is not at all meant to suggest that what we do with our time, talents, and treasure is of little importance in God’s kingdom.  Nor is it meant to imply that the faith tradition has little tosay on what I do with my resources, wealth included (Wesley’s quote squelches such a worldly thought).

However, I do here mean to imply that being a good steward requires us to think carefully about the conditions that allow us to best embody these Kingdom values.  If for no other reason, this should incite us to tactically align with market economies in order to practice Kingdom economics.