A Christian Conception of Markets: The Price is (Always) Right! (Part 4 of 12) - Seedbed
close
Menu 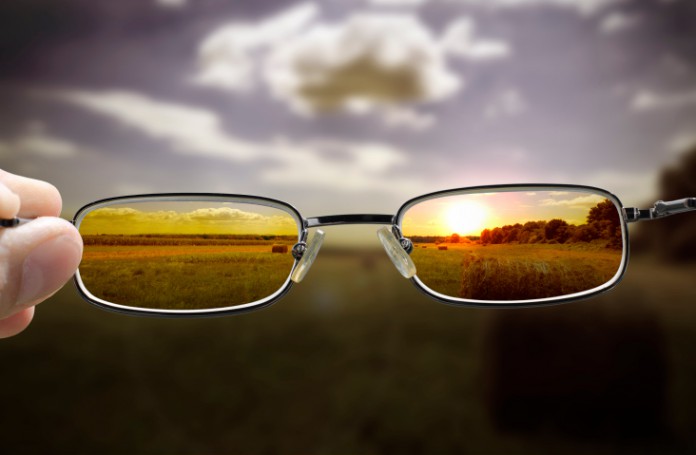 Not long ago, my wife proudly announced that she had purchased a gallon of ice cream for a mere 75 cents.  Great deal, right?  There was one catch: it was “egg-nog ice-cream.”  If the sound of this doesn’t scare you off, I can almost guarantee the taste would.  After taking a sample bite, my wife proceeded to discard the entire gallon.

This story illustrates a very important principle in the economics of free markets: Prices convey information.  If the price is “natural”—that is, if it is arrived upon through the opposing forces of supply and demand in the open marketplace—then it is telling us, or signaling to us, something about the market for the good in question.

In the egg-nog ice-cream example, a low price could mean a lot of things.  Presumably, though, there was an over-supply of the ice-cream (more of it was produced than was actually desired).  Prices adjusted to this oversupply, leading to a lower price (in this case, a VERY low price).  Why was there an oversupply?  Probably because many people had a visceral reaction to the idea of egg-nog ice-cream (like me), or a physical reaction to its actual taste (like my wife).  Not only is the price conveying information to the consumer (i.e., you and I)—but it is saying something important to the producer, mainly, “Don’t produce anymore egg-nog ice-cream.”

Prices may seem like a convenience of the modern market system—but they also have a moral dimension that people of faith should seek to understand.

Consider, for example, the increase of hotel prices after Hurricane Katrina.  It was reported that some hotel rates, in the wake of the Hurricane, were increased up to 3 or 4 times their original amounts.  In addition to the laws created to prevent “price gouging” in the wake of a declared state of emergency, outraged citizens are likely to condemn this practice as a “scam”, selfish, or an extreme form of greed.  Charging higher rates to families whose homes were demolished from Katrina floodwaters seems heartless at best and exploitative at worst.  As a result of instances such as this, many states have passed legislation to avoid price hikes in the wake of a disaster by placing a price ceiling upon hotels and other important resources during a specified period.

Most would agree that this is the “moral” thing to do.  However, many economists disagree.  Why?  Because putting a cap on how much something can sell for (called “price ceilings”) is not efficient.

Why is this important?  Because this signal, in effect, clears out the market in a way so that only those in an emergency situation (and willing to pay higher rates) can have the room.

To illustrate, consider the sale of ice in the wake of a natural disaster.  After a disaster, many states will enact “price gouging” legislation—but is this the best response to protect and preserve important resources in times of an emergency?  Suppose ice regularly sells for $2 a bag.  Given this, we can imagine who would buy ice at various price points.  At its regular price ($2), regular demand for ice will occur, i.e., a group of guys who want to ice their beer before watching a big sports game on TV.  Next, who would buy ice at, say, $6?  Certainly fewer consumers will buy ice at this price point, but some will.  We can refer to this group as the “in a pinch” group.  They normally wouldn’t buy ice at $6, but given their circumstances, they are willing to concede to this price as a one-time purchase.  Finally, what about $12?  Who would buy ice at 6 times its normal price?  Only people in an emergency.  These are the people who need ice for their baby formula, insulin, food preservation, or other necessary means of safety, health, and survival.

What we do know for sure is that people “in a pinch” or the “sport-watching beer drinkers” would not pay this much money for ice.  Thus, the price mechanism effectively sorts the consumers based upon their immediate needs and preferences.  However, when a price ceiling is put into effect, this effectively collapses all consumers down to the original price point.

So, in a worst case scenario, we can imagine three people in line for ice at a convenient store.  The first person in line is the beer-drinking sports fan, the second person needs ice for their nearby family camping excursion, and the third person, who has Type-I diabetes, needs ice for their supply of insulin to prevent it from going bad.  Even worse, imagine that only two bags of ice are left when the three consumers get in line.  The result?  The person who needs ice the most, in this case, is the very person who doesn’t get it. Furthermore, if ice cannot legally be sold for more than $2 due to a price ceiling, then suppliers have little to no incentive to produce more and more of it, further exacerbating the original problem of ice scarcity.

The above example might be a little unrealistic, but it illustrates an important point: Prices matter.  Efficiency in the price system has moral implications, and to intervene with price signals is to risk creating sub-optimal consequences (like inefficient production and distribution of ice in the wake of a disaster).  When we tamper with price, we change the nature of the distribution and risk having excess demand (not enough of what we want/need) or excess supply (too much of what we don’t want/need).

However, it is important to point out that a natural price does not always lead to an outcome that Christians will be comfortable with.  In the next post, we will explore the nature of prices in international supply chains.