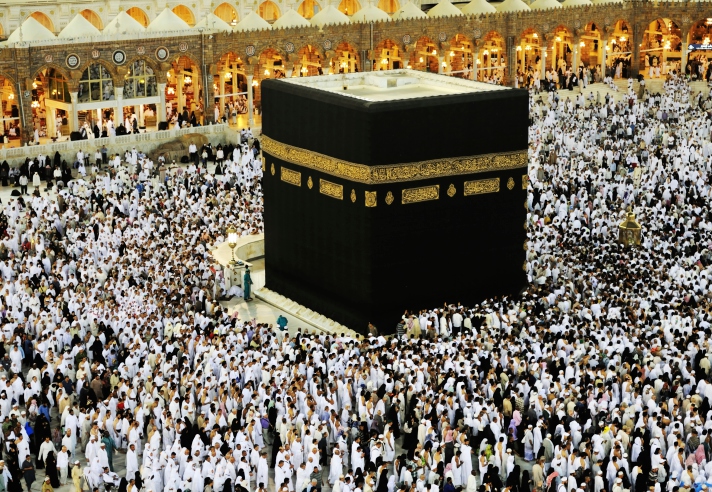 This past Sunday, Charisma News published an article by Gary Cass, the CEO and President of DefendChristians.org.  The article was entitled, “Why I am Absolutely Islamaphobic.”   They subsequently removed the post, no doubt in response to a #takedownthatpost campaign.  Because the article was focusing specifically on formulating a Christian response, and because of the gravity of the article’s proposal, I will persist in my response.  The article can still be found on the defendChrstians.org website.

The article surveys many examples of Islamic extremism around the world, including ISIS, and argues that Christians are faced with only three options, two of which he dismisses.  The first option is Conversion.  Cass argues that Muslims will not be converted because “The Arab Muslims are God’s sworn enemies, and are ordained by God to be against everyone.”  He cites Genesis 16:11,12 as support for the impossibility of converting Muslims to the faith. The second option is, D.A.M.N. – meaning “Deport All Muslims Now.”  Cass favors this idea but believes that American politicians do not have the courage to do this.

Finally, Cass lands on the only remaining solution, violence.  He calls Christians to “trust God, then obtain a gun(s), learn to shoot, teach your kids the Christian doctrines of just war and defend yourself.”  He asks, “How many more dead bodies will have to pile up at home and abroad before we crush the vicious seed of Ishmael in Jesus’ Name?”

The fact that Charisma magazine would publish such an article in the first place demonstrates anew how the Christian church has not articulated a proper response to the rise of Islamic fundamentalism.

We just might have to go back to the 13th century for a little perspective. Raymond Lull lived at a time when Islam was, quite literally, on the move around the world.   Half of Spain had fallen to Islamic armies.  Most of central Asia had turned to Islam and the Holy Land had been sacked and burned.  The church’s response, like Gary Cass today, was to take up arms.  The result is the legacy of the Crusades, which lasted from 1095 to 1291, leaving a tragic history from which the church has never fully recovered.

Over the course of the Crusades 700,000 Christians took up arms and sought to defeat the armies of Islam.  However, the crusades ended in bitter defeat, with not only Islamic victories, but putting an end to the hope for a reunification of Eastern and Western Christianity.   It is estimated that between five and six million people lost their lives as the result of the Crusades.

“I see many knights going to the Holy Land in the expectation of conquering
it by force or arms; but instead of accomplishing this object, they are in the end
all swept away themselves.  Therefore it is my belief that the conquest of the
Holy Land should be attempted in no other way than as Christ and his apostles
undertook to accomplish it; by love, by prayer, by tears, and by the offering up
of our own lives.  It seems that the possession of the Holy Sepulchre can be
better secured by the force of preaching than by the force of arms…”

Jesus calls for us to love our enemies and to pray for those who persecute us (Matt. 5:43-48).  Cass seems to forget that there is a fourth option; namely, to bear witness to the in-breaking rule of God.  We may be martyred for the sake of the gospel, but we must learn to love, even in an age of hate.  What we must not do is respond to violence with more violence. We must not return hate with more hate.  We must face hate with the power of love. We must face violence with the power of the gospel.

We, of course, encourage governments around the world to act.  Violence even in the name of Allah must be stopped.  ISIS must be defeated.  Relief must be given. Justice must prevail.  Christians, Muslims, Yazidis and other innocent people in the region must be protected.  But, the long-term solution is not military action, but the gospel of Jesus Christ.  Our hope is in the faithful witness of the church and the return of Christ who will vindicate His people and set things right.  In the meantime, our role is to find extravagant ways to bear witness to the love of God in Jesus Christ.  Christians should not take up arms to defend ourselves.  We are never called to hate.  Even the Just War theory of Augustine and Thomas Aquinas was not designed to support Cass’ views.

There is no greater testimony to the power of love to overturn hatred than our Crucified Savior.  As God in Christ hung with his hands outstretched He was showing us a better way.  “The meek shall inherit the earth” (Matt. 5:5). We remember anew his words, “In this world you may have tribulation, but take heart, I have overcome the world” (John 16:33).

Raymond Lull was stoned to death in Algeria on June 30, 1315 at 80 years old.  As Christians we are not called to stand with those with the words of hatred and vengeance on their lips.  Rather, we are called to stand with the Apostles, the prophets and the martyrs, remembering that “we wrestle not against flesh and blood, but against…the spiritual forces of evil in the heavenly realms” (Eph. 6:12).  This is the faith which overcomes the world.