The Cross as the Great Transaction of Holiness - Seedbed
close
Menu 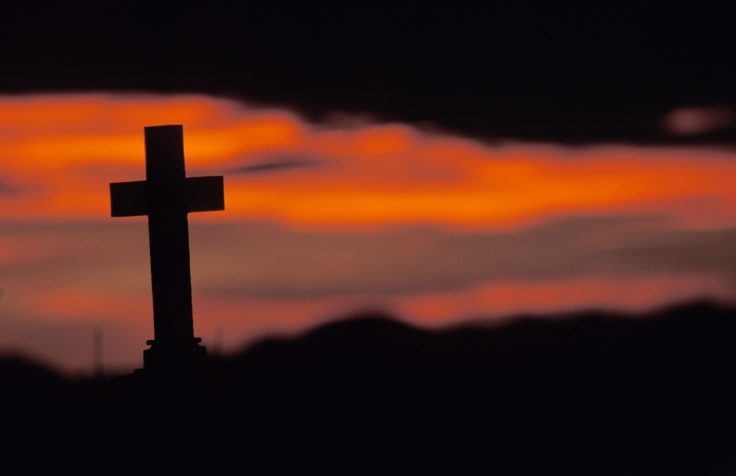 The cross of Jesus Christ is God’s answer to the greatest human predicament in history. Quite plainly, the predicament is that every single human since Adam has not only been born into sin through the original fall, but has confirmed Adam’s rebellion by his or her own rebellion against God. The Bible declares, “There is no one righteous, not even one” (see Psalms 14:1–3, Romans 3:10–12). Therefore, the whole human race is born into sin, bound by sin, and, under God’s righteous judgment, deserving of death. This is the conundrum: How can the human race be rescued out of rebellion and avoid the inevitable condemnation when, without exception, everyone is inescapably a part of it? Who can deliver the human race?

Since Adam’s rebellion brought sin into the whole human race (see Romans 5:12), we are in an impossible situation. No human deliverer is eligible to save the human race, since all have sinned. But what if a second Adam could be brought into the world? What if you could actually re-create the original situation, where Adam was placed in the Garden, given a choice to obey or disobey, but this time get it right? It would be like stopping the human race, pushing the rewind button, going back to the beginning, and getting to redo the first tragic scene that we call “the fall.”

In the gospel, we come to understand that God undertakes a radical, universe-shaking solution. Since the entire human race is ineligible to bring the redemptive rescue, God knew that the only solution was if He Himself became a man and entered the human race as a New Adam (or a second Adam). In the most amazing act of condescension and mercy, God became a man, but one untainted by all human sin. Christ, the eternal Son of God, was thereby born into the human race as a second Adam. Satan tried, as he did the first Adam, to tempt Jesus and to bring him into the rebellion. Jesus spent forty days in the wilderness after His baptism, being tempted by the evil one. This was a relentless period of an all-out assault on Jesus by the forces of the rebellion. But unlike Adam, Jesus chose to obey God. He never sinned. He had the capacity as the God-man to either sin or not sin, because although Jesus was one person, He had two natures: a divine nature and a human nature. He had a will. As the second Adam, He could have chosen to disobey God. Yet, Jesus chose to obey God fully and completely.

The result of the incarnation of God in Jesus Christ is that we now have two Adams. We have two heads of two different races: the first Adam, who is the head of a race under condemnation; and a second Adam, who is the Head of a new, redeemed humanity. If we trust in Christ, then we become a part of His obedience in the same way that we had formerly been a part of the first Adam’s rebellion. First Corinthians 15:45 says, “The first man Adam became a living being; the last Adam, a life-giving spirit.”

The Cross: a Satisfaction of God’s Holiness and the Transference of Alien Holiness to Us

Christ alone lived a holy life without sin. Therefore, Jesus’ death was offered up as a substitution for us. Jesus bore the penalty of our sins upon the cross of Calvary. The cross is an astonishing expression of God’s grace and mercy as well as God’s holiness and justice, all expressed simultaneously in their full perfection. God’s holiness and justice require that sins be paid for in full. Sin cannot be ignored or swept under the rug. Satisfaction must be made. God’s righteous judgment was poured on Jesus Christ, who bore the sins of the world. Yet, that very act of judgment was also the greatest expression of God’s love for us. It was God’s grace and mercy that sent His only Son as a substitution for us. He paid the debt that we owed. The Scriptures teach us that Jesus bore our sins on the cross. We often think of the cross only through the lens of being cleansed from sin, but the cross is not only the satisfaction of our guilt, fear, and shame. It is the transference of His holiness to us. In other words, through the cross we not only lose our sins, but we gain His righteousness.

The incarnation, life, death, and resurrection of Jesus Christ represent a dramatic move by God to bring good news to a lost world. This is the time of God’s favor. This means that God is delaying much of His righteous judgment so that as many people as possible may hear the gospel. Because we are currently in a period of largely delayed judgment, this has given the impression to some that either judgment belongs to the Old Testament or that judgment is not really an appropriate action of God. However, as we demonstrated in the last chapter, both of these assumptions are false. We have already seen that some immediate judgment of God does take place in the New Testament, and we know from church history that God continues to judge people and nations. It is also wrong-headed to say that judgment is not appropriate for God now that we live on this side of the cross. On the contrary, the cross of Jesus Christ is the place where God’s judgment is poured out. Furthermore, those who refuse to accept God’s news in Jesus Christ must still face the judgment of God. This is clearly taught in Scripture. In 2 Thessalonians the apostle Paul spoke of God’s judgment that will come at the return of Christ:

All this is evidence that God’s judgment is right, and as a result you will be counted worthy of the kingdom of God, for which you are suffering. God is just: He will pay back trouble to those who trouble you and give relief to you who are troubled, and to us as well. This will happen when the Lord Jesus is revealed from heaven in blazing fire with his powerful angels. He will punish those who do not know God and do not obey the gospel of our Lord Jesus. They will be punished with everlasting destruction and shut out from the presence of the Lord and from the glory of his might on the day he comes to be glorified in his holy people and to be marveled at among all those who have believed. This includes you, because you believed our testimony to you. (1:5–10)

Texts like this are rarely preached on in the contemporary church. This is why it is so important for Christians to become daily readers of the Scriptures and to discover personally the great mysteries of the faith contained there.

We have now told the story of how God, through His Son, has reestablished holiness in the world. However, this is a righteousness that is foreign to us. It has been declared of us, but not yet wrought in us. The following chapters will show how God takes the alien righteousness of Christ and makes it a reality in our lives. We will see that this is also impossible without God’s action and initiative in our lives. In fact, it will only be possible through the work of the third person of the Trinity, the Holy Spirit.

Enjoy this entry? This is part of Timothy Tennent’s book, The Call to Holiness: Pursuing the Heart of God for the Love of the World. In these pages you’ll: (1) Gain a biblical-theological understanding of God’s holiness (2) Be challenged to think counter-culturally about what it means to be holy (3) Learn how holiness relates to the church’s mission in the world.

Get The Call to Holiness from our store here.

View all of Timothy Tennent’s resources and books here.