Crucified Below: A Wesleyan Understanding of the Eucharist - Seedbed
close
Menu 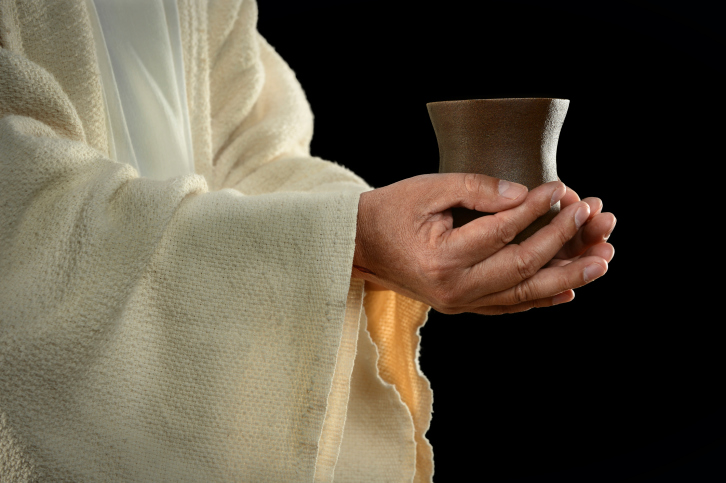 “I am now rejoicing in my sufferings for your sake, and in my flesh I am completing what is lacking in Christ’s afflictions for the sake of his body, that is, the church” (Col. 1.24).

What are we to make of such a strange, disturbing claim? Scripture plainly says again and again that Christ offered himself as the atoning sacrifice “once for all” (Rom. 6.10; Heb. 9.28; 1 Pet. 3.18). Dying, Jesus proclaimed his work “finished” (Jn 19.30). How then does Paul dare to suggest that Christ’s sufferings are somehow insufficient? I’m convinced that Wesley’s answer to this question points to the heart of the faithful Christian life lived together with and before God in the world.

To make sense of Paul’s claim, Wesley distinguishes what God did for us in Jesus’ pre-ascension work from what God does in and through us as the Body of the ascended Lord. He affirms that Christ’s sufferings on our behalf were more than enough to effect the expiation of sin and the undoing of death. The church’s sufferings add exactly nothing to this peculiar, once-for-all event and its accomplishments. Nonetheless, Wesley also holds that in order for Christians to be conformed to Christlikeness they must suffer as he did. Suffering in imitation of and in participation with Christ, they offer what Wesley in his Notes calls “testimony to [Christ’s] truth,” and just so find themselves drawn into sanctification and making room for others to share in the same joy.

Although he does not say it quite like this, it would not be too much to say that Wesley believed Christ’s atoning act was inclusively substitutionary, and that Christians are called and empowered to suffer with and for him on the world’s behalf. As Wesley sees it, God’s victory in Christ has made our participation in Christ’s life possible: “God works, therefore you can work… God works; therefore you must work.” To frame it pneumatologically, we could say that because the Spirit is devoted to bringing to fullness everything the Son means to give the Father in the End, the church’s sufferings are taken up by the Spirit as means of grace, provoking and enticing creation toward its eschatological redemption. Or, said differently, the Spirit makes us co-sanctified co-sanctifiers with Christ to the Father’s delight. No doubt, Christ’s sacrifice is sufficient for our at-one-ment with God. But it is so sufficient that it makes possible our sharing in the divine life in such a way that we take on God’s character, enjoying the Son’s intimacy with the Father in the Spirit, bearing with him his burden for the whole creation. William H. Piper, a Pentecostal pastor in early 1900’s Chicago, articulates this Wesleyan commitment exactly:

Wesley’s vision of our participation in Christ’s suffering comes clearest, I think, in his theology of the Eucharist. Daniel Brevint’s The Christian Sacrament and Sacrifice, which John abridged and appended to his and Charles’ Hymns on the Lord’s Supper, insists that “as Aaron never came in before the Lord without the whole people of Israel… so Jesus Christ does nothing without his church.” The identification of Head and Body is so complete that “sometimes they are represented as only one person.” It follows, then, that “the church follows all the motions and sufferings of her Head.” “The truth is, our Lord had neither birth, nor death, nor resurrection on earth, but such as we are to conform to; as he hath neither ascension, nor everlasting life, nor glory in heaven, but such as we may have in common with him.”

The hymns bear out this theological commitment. The saints “pant for full conformity/To our exalted head” (HLS 130). As they imitate “our bleeding Lamb,” their sacrifice and his are “mingled in a common flame” (HLS 141). In this way, the saints are “sharers with the dying God/And crucified below” so that the “saved and Savior now agree” (HLS 131). Wounded by Christ’s wounds, the believer prays to “mingle all my pangs with thine” (HLS 149). These realities are tasted, taken in, at the Table: “We here thy nature shall retrieve/And all thy heavenly image bear” (HLS 32). At the Lord’s Table, the saints invoke the Spirit with this prayer:

Yet in this ordinance divine
We still the sacred load may bear;
And now we in thy offering join,
Thy sacramental Passion share (HLS 141).

Seen in this way, the Eucharist teaches—or, better, the Spirit uses the Eucharist to teach us—that we are called to share in Jesus’ sacrifice, to bear the dying God’s “sacred load.” As Pete Enns puts it, “in the Eucharist the church is asking the question, ‘What does the suffering of Christ have to do with us here?'” As we embody the Eucharist, realizing its promise in our day-to-day lives, we are offering up our shared answer to this question. Consumed as “living sacrifices” in the faithfulness of the one whose flesh and blood by faith we have consumed, we find ourselves maturing into Christ’s full stature (Eph. 4.13), becoming truly his Body, “the fullness of him who fills all in all” (Eph. 1.23). Going out into the darkness with God, we become the light of the world.

Read more of our articles on the Sacraments.