Did God Just Pass Me By? - Seedbed
close
Menu 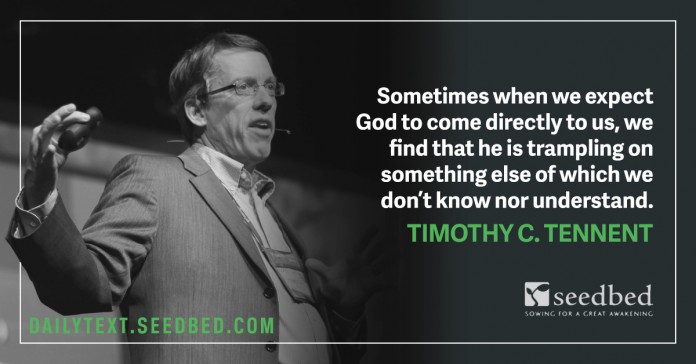 Immediately Jesus made his disciples get into the boat and go on ahead of him to Bethsaida, while he dismissed the crowd. After leaving them, he went up on a mountainside to pray.

Later that night, the boat was in the middle of the lake, and he was alone on land. He saw the disciples straining at the oars, because the wind was against them. Shortly before dawn he went out to them, walking on the lake. He was about to pass by them, but when they saw him walking on the lake, they thought he was a ghost. They cried out, because they all saw him and were terrified.

Immediately he spoke to them and said, “Take courage! It is I. Don’t be afraid.” Then he climbed into the boat with them, and the wind died down. They were completely amazed, for they had not understood about the loaves; their hearts were hardened.

When they had crossed over, they landed at Gennesaret and anchored there. As soon as they got out of the boat, people recognized Jesus. They ran throughout that whole region and carried the sick on mats to wherever they heard he was. And wherever he went—into villages, towns or countryside—they placed the sick in the marketplaces. They begged him to let them touch even the edge of his cloak, and all who touched it were healed.

This is the story of Jesus walking on the water. Like you, I’ve read this passage dozens of times. But there is a little phrase that one might easily just read right over. It is only found only in Mark’s gospel. It says, “He was about to pass by them.” The disciples saw him walking on the water, but they also saw that He was about to pass by them. This suddenly becomes a difficult miracle to get our minds around because we cannot imagine a miracle which is not in some way “for us.” Jesus touches the lepers, lays his hands on the blind, prays for the lame, etc. It is all about God coming directly to us and ministering to us in our needs.

But here, we catch a glimpse into the inner life of Jesus Christ apart from us. We don’t normally spend much time thinking about God apart from us or apart from our own needs, our own experiences, or our own salvation. Probably the best background passage for this miracle is the book of Job. You will recall that Job was severely tested by God and lost all of his possessions—even his health. Yet, he remained true to his faith in God. Job’s entire tragic experience is misinterpreted by his four friends, largely because they fail to understand the possibility of God acting apart from Job. The whole tragedy must be about God and Job. So later, when Job comes before God, he gets a big ear full of God’s perspective on the whole thing. Job is stunned and silent. Job even describes God as the one who “treads on the waves of the sea” (Job 9:8) which seems to foreshadow this miracle. The Jewish people identified the sea with chaos and fear. But Jesus is not consumed by all the chaos and tragedy of this world.

In fact, in this passage, Jesus exercises his divine authority over the chaos. He was about to pass them by because this miracle is not to do with them, per se. It is much grander than that. Jesus is asserting His very reason for coming to earth at all. He is asserting His divine prerogative against all fallenness, sin, chaos, and tragedy. When I read this passage, I don’t see Jesus walking on the water, but trampling on the water. Like Job 9:8, Jesus is treading over the angry waves, exercising his dominion over all chaos.

Sometimes things happen to us that we don’t understand. Our prayers seem to go unanswered, and God does things which don’t seem to make any sense. This passage reminds us that His ways are higher than our ways, his thoughts are higher than our thought. Sometimes when we expect him to come directly to us, we find that he is trampling on something else which we don’t understand. 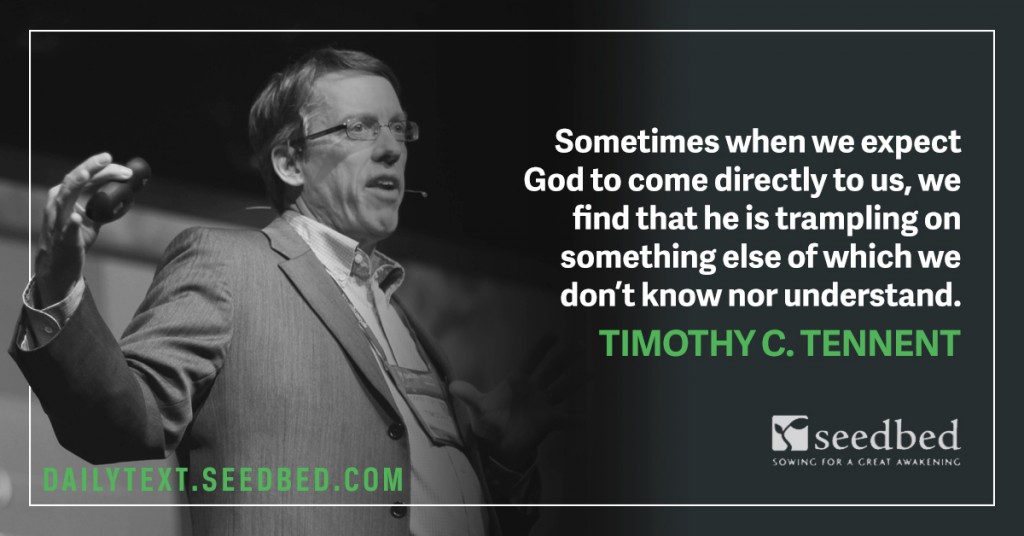 Is there some problem looming in your life, and God doesn’t seem to be coming to you as quickly as you would like? Can you trust in His sovereignty and grace and know that His plan is bigger and grander than anything you can imagine?