Do We Believe Our Prayer Makes a Difference? - Seedbed
close
Menu 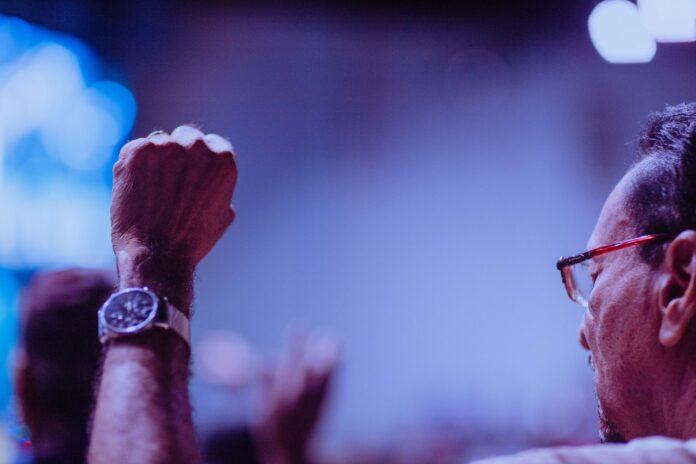 So Peter was kept in prison, but the church was earnestly praying to God for him. The night before Herod was to bring him to trial, Peter was sleeping between two soldiers, bound with two chains, and sentries stood guard at the entrance. Suddenly an angel of the Lord appeared and a light shone in the cell. He struck Peter on the side and woke him up. “Quick, get up!” he said, and the chains fell off Peter’s wrists. Then the angel said to him, “Put on your clothes and sandals.” And Peter did so. “Wrap your cloak around you and follow me,” the angel told him. Peter followed him out of the prison, but he had no idea that what the angel was doing was really happening; he thought he was seeing a vision. They passed the first and second guards and came to the iron gate leading to the city. It opened for them by itself, and they went through it. When they had walked the length of one street, suddenly the angel left him. Then Peter came to himself and said, “Now I know without a doubt that the Lord has sent his angel and rescued me from Herod’s clutches and from everything the Jewish people were hoping would happen.”
(Acts 12:5–11 NIV)

It should be obvious that prayer was prominent in the early church and prayer is connected with the Holy Spirit and power. No prayer, no Holy Spirit; no Holy Spirit—no prayer and no power.

The above Scripture is a part of a dramatic story. As always, the context is important. King Herod, the grandson of the Herod who presided over the slaughter of the innocent children when Jesus was born, is now persecuting the church. This Herod not only inherited his grandfather’s name, but also seems to have inherited his violent nature, The Bible says that he “laid violent hands upon some who belonged to the church” (v. 1 ESV). One of those was James. Herod arrested James and ordered his execution. When there was no great public outcry against this execution, he decided to do the same with Peter, the leader of the Christian community in Jerusalem.

Peter was scheduled for the same sort of execution that James experienced. However, on the very night that he was to meet his death, he was sleeping, bound in chains, guards inside and outside his cell. An angel appeared in the cell, called for Peter to get up, and when Peter did, mysteriously his chains fell off. The angel instructed him to put on his cloak and sandals and follow him.

Peter thought he was dreaming; this couldn’t be actually happening. He soon became convinced, however, when the cell door was opened, and he followed the angel down a corridor. At the end of the corridor, there was an iron gate that was kept locked at all times. But when Peter and the angel reached the second guard post, the Iron Gate, it swung open. As the Bible puts it, “it opened for them of its own accord” (v. 10 ESV).

Get Maxie Dunnam’s book, The Intercessory Life from our store.

When Peter was finally out on the street, he realized what was happening. He said to himself, “Now I know it is true. The Lord has sent his angel and rescued me from Herod’s clutches” (v. 11).

Peter knew immediately where he was to go. His friends had gathered in the house of one of the believers and were holding an all-night prayer vigil for him. They knew how desperate the situation was, and there didn’t seem to be much they could do about it. They were no match for Herod and the authorities. The one thing they could do, though, was pray. No one left the prayer meeting early that night; they kept on praying during those long, sad hours.

The story gets a bit humorous at this point. When Peter knocked at the door, a young woman named Rhoda responded and asked who it was. When Peter identified himself, she was so overjoyed that she left him standing there, and went to tell her friends that he was alive. Now comes the interesting factor: they didn’t believe her. They had been praying all night, and yet they didn’t believe that Peter had been delivered.

The story tells us about the effectiveness of prayer, but it also reminds us that many times we pray, not expecting anything to happen. It tells us also that many of us think of prayer as a last resort, a kind of last-ditch effort. When everything else fails we conclude, “Guess there’s nothing left to do but pray.”

Incidentally, if you have problems with this story, you will have trouble with the entire biblical witness. Throughout Scripture, God miraculously delivered from desperate circumstances: the Hebrew people crossing safely through the Red Sea; Daniel spending the night in the lion’s den while the king who put him there spent a sleepless night; and on and on it goes. The Bible is full of stories of the miraculous intervention of God, and Peter’s release from prison is one of them.

So, what would happen if we put prayer first? What if the church believed that prayer is the greatest resource we have, not just praying, but praying from the perspective that we are acting as the Lord’s intercessor?

Don’t let the drama hide some sobering truths. Though the Christians were praying, they were obviously not offering bold prayers of intercession, and certainly there was not high expectation that their prayers would be answered. If there had been bold prayers—“in the name of Jesus, Lord deliver our leader; free him from Herod’s evil forces”—Luke would have recorded it. Throughout his account of Acts, he gave careful attention to specific prayers and astounding answers. Had the story been otherwise, he would have wanted to use it as evidence that intercessory prayers were answered.

They prayed, yes, but probably the way too many of us pray, asking that Peter be sustained and strengthened. Though knowing what Herod intended to do, there was no bold, confident calling to the Lord for a miraculous intervention.

Note also that when God did exceedingly more than they asked, thought, or even imagined, they couldn’t believe it. “You’re out of your mind,” they told Rhoda when she tried to tell them that Peter was free and was at the door.

And maybe we should be “out of our minds” if our minds hinder us from boldly interceding. 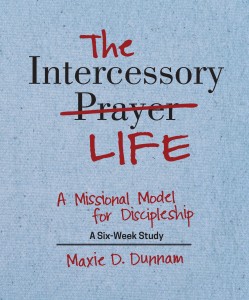 Enjoy this entry? It’s an excerpt from Maxie Dunnam’s work, The Intercessory Life: A Missional Model for Discipleship.

The intercessory life is about discipleship. To be sure, intercession is prayer, but prayer is only one expression of intercession, though much more. Intercession is the pattern for discipleship. Yes, right now. In your world. In your church. In your home. In a prison. In a school. On the bus. In the office. On the street. This book teaches practical ways to bring the world into the prayer closet and to unleash the power or prayer in our everyday world.

Maxie Dunnam’s six-week study challenges us to get beyond the cozy comforts of a devotional life and break into ways of living prayer that open new horizons of possibility. The Intercessory Life: A Missional Model for Discipleship is the pattern for our interior growth in prayer as well as the outward expression of a missional Christ-life in the world.

© Seedbed 2021
Do We Believe Our Prayer Makes a Difference?
MORE STORIES