Do You Believe Jesus Is Really Coming Back? 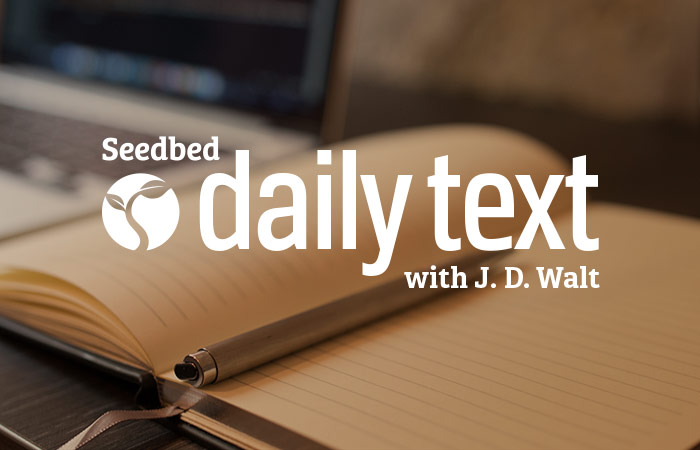 22 “If those days had not been cut short, no one would survive, but for the sake of the elect those days will be shortened. 23 At that time if anyone says to you, ‘Look, here is the Messiah!’ or, ‘There he is!’ do not believe it. 24 For false messiahs and false prophets will appear and perform great signs and wonders to deceive, if possible, even the elect.25 See, I have told you ahead of time.

26 “So if anyone tells you, ‘There he is, out in the wilderness,’ do not go out; or, ‘Here he is, in the inner rooms,’ do not believe it. 27 For as lightning that comes from the east is visible even in the west, so will be the coming of the Son of Man. 28 Wherever there is a carcass, there the vultures will gather.

29 “Immediately after the distress of those days

“‘the sun will be darkened,
and the moon will not give its light;
the stars will fall from the sky,
and the heavenly bodies will be shaken.’

30 “Then will appear the sign of the Son of Man in heaven. And then all the peoples of the earth will mourn when they see the Son of Man coming on the clouds of heaven, with power and great glory. 31 And he will send his angels with a loud trumpet call, and they will gather his elect from the four winds, from one end of the heavens to the other.

Do you believe in the second coming of Jesus?

It seems like an absurdity doesn’t it—that he will come on the clouds. Who does that, right? It also seems like an absurdity that he was conceived by the Holy Spirit and born of the Virgin Mary. And it was an absurdity if this was indeed God in human flesh that he would suffer under Pontius Pilate, be crucified, dead and buried. And yes, even more far fetched is the word that on the third day he arose from the dead. I mean, who does that? And after all that he ascended into heaven and is seated at the right hand of God the Father Almighty.

If you are reading this, you probably believe all that and accept it as settled truth. Despite our inability to scientifically verify these things, a Christian believes these things more deeply than they believe anything else. It is settled history. Case closed. (Or at least closing, right?).

There’s a word I learned a few years back one day reading the newspaper (back when people did such things). The word is absurder. It means even more absurd than absurd. For the record, absurd means wildly unreasonable, illogical or inappropriate.

There remains only one event that has not happened yet. It’s the return of Jesus at the end of the age—that he will return on the clouds. That, my friends, is absurder. Do you really believe he is coming? Why wouldn’t we believe he is coming? His record is flawless to date. He is batting 1000. Still, it has been 2000 years. But consider how many thousand years it was before he came in the first place. He’s coming friends. He could come today, or tomorrow, or in another thousand years, but he’s coming.

According to the Apostle Peter, it’s only been a couple of days on the Lord’s clock.

But do not forget this one thing, dear friends: With the Lord a day is like a thousand years, and a thousand years are like a day. 9 The Lord is not slow in keeping his promise, as some understand slowness. Instead he is patient with you, not wanting anyone to perish, but everyone to come to repentance. 1 Peter 3:8-9

Let’s give the last word today to the late great Clive Staples Lewis from his classic, Mere Christianity.

“God will invade. But I wonder whether people who ask God to interfere openly and directly in our world quite realise what it will be like when He does. When that happens, it is the end of the world. When the author walks on to the stage the play is over. God is going to invade, all right: but what is the good of saying you are on His side then, when you see the whole natural universe melting away like a dream and something else – something it never entered your head to conceive – comes crashing in; something so beautiful to some of us and so terrible to others that none of us will have any choice left? For this time it will God without disguise; something so overwhelming that it will strike either irresistible love or irresistible horror into every creature. It will be too late then to choose your side. There is no use saying you choose to lie down when it has become impossible to stand up. That will not be the time for choosing; it will be the time when we discover which side we really have chosen, whether we realised it before or not. Now, today, this moment, is our chance to choose the right side. God is holding back to give us that chance. It will not last for ever. We must take it or leave it.” 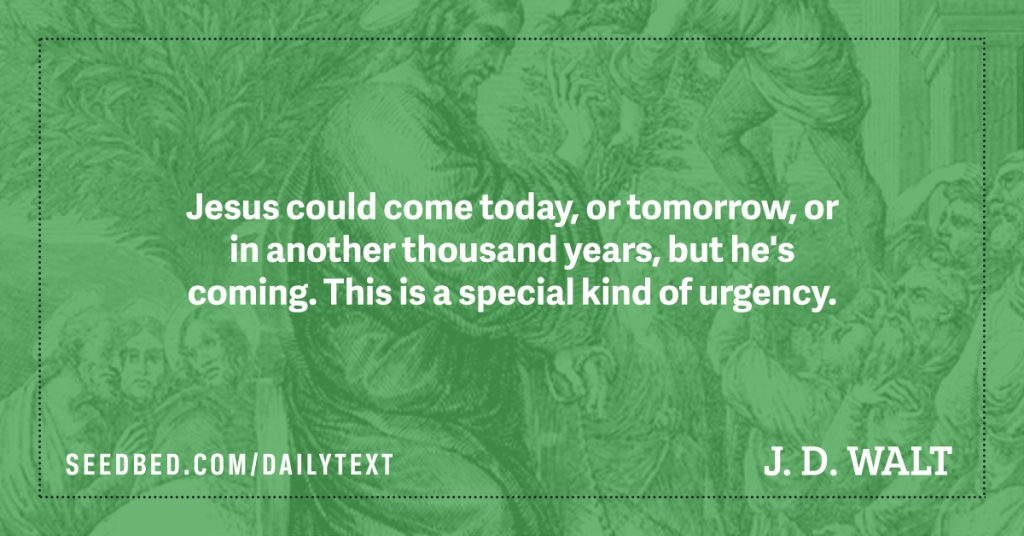 2. Do you have any sense of urgency about the mission of the Gospel to bring everyone to repentance so that none be lost?

3. If no sense of urgency, might it be a sign that you don’t really believe Jesus is coming back?

For the Awakening,
jd

Do You Believe Jesus Is Really Coming Back?