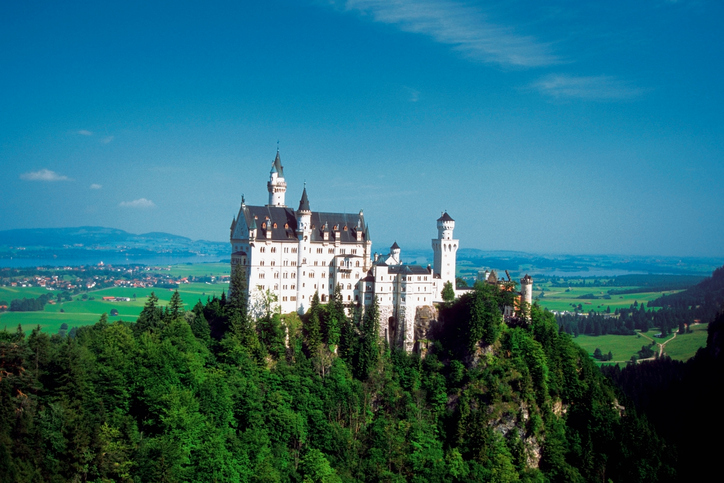 This is the King James Version, familiar to many Christians, its language deeply lodged in Christian hymnody and devotional piety.

Yet this is one of the most misunderstood passages in the Bible. The problem is that Jesus’ comforting words here have been seen through the lens of medieval ideas of heaven rather than in light of the Old Testament and Jesus’ other teachings.

If we examine the whole chapter carefully, what do we find? Some key points:

“Many mansions.” In King James’ day, a “mansion” was a room, not a huge, fancy house. Today most translations say “many dwelling places” (NRSV), or “plenty of room,” as the TNIV helpfully puts it. Jesus’ central meaning is this: There is plenty of room with God. (It apparently has not troubled many Christians that “In my Father’s house are many mansions” is nonsensical as “mansion” is popularly understood.)

“My father’s house.” This does not mean heaven. Heaven is not mentioned once in the whole chapter. What then is the “Father’s house”?

Jesus speaks out of the context of the whole Old Testament revelation. In the older Testament, the Lord’s “house” or “dwelling place” is an immensely rich idea. It essentially means the place or places where God’s presence is manifest. Often in the Psalms God’s “house” or “dwelling” is the temple in Jerusalem. Other times it refers to the whole creation, or even the whole universe. Some Psalms describe God himself as our “dwelling place” (Ps 90:1, 91:9).

The point is: God’s “house” or “dwelling place” is wherever God is and wherever his presence is made evident and his will is done. Jesus assumes this in many of his discourses. The meaning of John 14:2 is, “There is plenty of room with God.”

“I go to prepare a place for you.” Jesus assures his apostles that in going away (through his crucifixion and death), he is accomplishing the next step in God’s plan for his kingdom to come in fullness.

This verse echoes God’s word to Israel in Exodus 23:20, “I am going to send an angel in front of you, to guard you on the way and to bring you to the place that I have prepared.” Jesus very self-consciously fulfilled all the Old Testament promises concerning himself. In Exodus, the reference was to the Promised Land. In the New Testament, in fulfillment of the promises, the Promised Land becomes the whole earth, recreated as “new heavens and new earth.”

Jesus’ words here thus mean: “I go to accomplish the next step in bringing the complete fulfillment of God’s promises of salvation and creation healed.”

John 13–16 is a tightly woven discourse and acted-out parable, capped profoundly by Jesus’ prayer in John 17. John 14:1–3 is to be seen in this context. John 14 itself has several interlinked allusions to home, dwelling, and to coming and going. For instance:

“My Father will love [those who love me and keep my commandments], and we will come to them and make our home with them” (vs. 23).

In these passages, Jesus is explaining the unexplainable. Note the apostles’ many questions and baffled reactions in John 13–16. You see them struggling but often failing to get it.

Like us, the apostles were limited to spacetime categories. That explains much of their confusion. Jesus says: It’s not about when and where; it’s about who; about the relationship.

The point in John 14:2–3 is not the place, but the person—Jesus Christ. The key statement is: “Where I am, there you [will] be also.” And where will Jesus be? For awhile in heaven or Paradise, but then finally and everlastingly on earth when all is made new.

John 14:1–3 is not about heaven. It is about our “dwelling place” being eternally with God—beginning now on earth and in “the heavenlies” (Eph. 1:3, 2:6) as we love him and keep his commandments; for awhile in heaven before Jesus returns; and finally in the new creation—the new earth and heaven.

The point in John 14:1–3: Not the place. Rather, the Person and the relationship. In the end, Jesus establishes the perfect relationship of shalom between himself, human beings, and the whole creation. For now, Jesus “must remain in heaven until the time of universal restoration that God announced long ago through his holy prophets” (Acts 3:21).