Good and Evil: The Tree of Irony - Seedbed
close
Menu 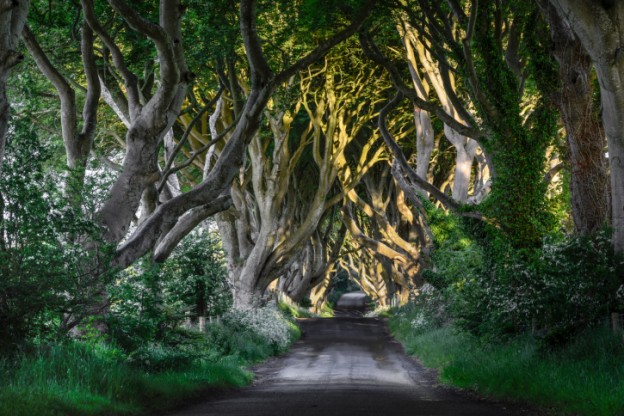 God breaks the rules. Does that raise an eyebrow? Could it be a needed sermon for such a time as this? We live in a world collapsing on the edge of a preoccupation with what is good and bad. This is exacerbated both by those who urge us to be tolerant (typically dismissing a relentlessly holy God) on the one hand and those who urge us to intolerance (typically dismissing an audaciously compassionate God) on the other. No matter where we fall on these continuums the results are the same. First, we divide humanity into groups, which typically escalates into larger groups with greater capacity for greater devastation. Second, we end up reinforcing an ironic blindness resulting from our eating of the Tree of the Knowledge of Good and Evil.

God said in Genesis 2:17, you can eat from any tree in The Garden except the Tree of the Knowledge of Good and Evil for as soon as you eat of it—you will be a sinner? No. A bad person? No. Morally inferior to the perfect people? No. He said, “…you will die.” The real issue may be death—not sin—just try substituting death every time you reference directly or indirectly sin in your teaching, preaching or pastoral care and see people’s answers change. Why did God warn us with such a stark word—death? I’ll take poetic license, as soon as you begin to say what is good and what is evil somebody (most likely somebody not like you) will have to pay and that will mean more and more death. Enter the scapegoat of Israel. Enter the poor Pharisees for Christians. Enter the last person who did something we did not like 10 minutes ago? Enter…Enter…Enter instead into his courts with praise—as God the Father is the only one Jesus said, who could be called good.

And still the critics around me and within me beg my attention. They cry out, “yes but there must be standards! Good and evil are as plain as day. Remember the Scripture, Isaiah warns those who call evil good and good evil (c.f. Isa 5:20)! Yes I know that I know that I know—my knowing what I have thought was good and bad is half of what tore my relationships apart for years. In fact, only in recent years (caution I’m stepping into the deep end without my floaties) did I really plunge into John 3:16. We all know it by heart but what about the context? A seminary professor of mine used to say, “a text without a context is just a pretext for whatever we want it to say.” (i.e. BWIII) I may not be living up to his exceptional teaching but I’d like to press the text in context. I discovered in John 3:17, a little greek word, krino—to judge, to find guilty, to distinguish between and even possibly to label or divide. How many times have we labeled someone and not ended up comparing them to others for better or worse? To judge—divides—I think this the point at the end of the log in our own eye (c.f. Matt. 7:5).

But back to the text at hand and the context around it. Jesus does go on to say, “And this is the judgment: the light has come into the world, and people loved the darkness rather than the light because their works were evil.” (c.f. John 3:19) But could the judgment be that The Light has come into the world—that God is more concerned with His kindness leading us to repentance than what we need repenting from—because God—and not sin or death—is always the subject?

Is there sin in the world? You bet, ask me, I am one of the chiefs. Are there ways of living that lead to life and ways that lead to death? Absolutely, I know this too first hand—physically, emotionally/mentally and spiritually. Yet, I have discovered in my own encounters with sin (life and death choices a la Deut 30) a God who broke the rules to get to me: who hung out with the wrong crowd (tax collectors, prostitutes and me), who dismissed the sacred cows (sabbath, temple and my superficial preoccupations) and who ended his life with a suspicious love—cursed dying on a tree. The irony is the first tree that was delightful to the eye brought blindness and a divisive—blaming—pridefulness while the Second Tree unattractive as it was brought sight to see things as they are and a sense of the precious nature of life was restored.

Duke Walker is a regular contributor for the Soul Care Collective.

© Seedbed 2021
Good and Evil: The Tree of Irony
MORE STORIES