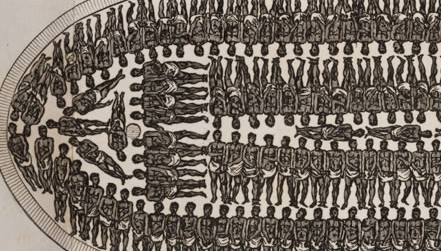 I subscribe to numerous blogs. They arrive in my inbox with regularity and I’m blessed by the collective wisdom of a variety of writers. Frequently when I come across something meaningful, I Tweet the link or post it on Facebook. Occasionally, a post arrives that is powerful enough to warrant more than just a Tweet or a link. It is so deep or it challenges me in such a profound way that I want to capture it, align myself with it and utter a resounding, “AMEN!” Esau McCaulley has provided such a post. Be challenged and blessed.

And He has made from one blood every nation of men to dwell on all the face of the earth, and has determined their pre-appointed times and the boundaries of their dwellings, so that they should seek the Lord, in the hope that they might grope for Him and find Him, though He is not far from each one of us; for in Him we live and move and have our being, as also some of your own poets have said, “For we are also His offspring.’­– from the Acts of the Apostles

I have learned three histories in my lifetime. In school, they focused on the exploits of the descendants of the Mayflower. Theirs is a story of triumph over every obstacle that hindered an inevitable rise to greatness. It glories in America’s interventions at turning points in world history. My ancestors are relegated to the background, only invited forward to speak on the equality that should exist on the other side of our suffering. But that suffering itself must be forgotten. This is a past that gets omitted from the retelling. If some want to hold to their most cherished narratives, it stands as a sign to be contradicted.

I learned the full story of the survivors of the middle passage on my own. Twenty-eight days were insufficient to cover it. That tale had its own esteem, but it initially produced anger. Resentment is understandable when you discover that the neighborhoods and schools that still press hard against the dreams of the children who reside there – places that you too had to survive – did not arise by happenstance or the laziness of your ancestors. They were legislated. I can’t unread W.E.B. Dubois. The poets and novels of the Harlem Renaissance reshaped my imagination and I live in the aftermath. But what shall I do now? Do I use my history as a weapon of mass destruction and locate evil in the flesh of those caused us pain?

That is not the path that I choose to take. A third story and deeper story has intervened. Before there was an “America,” before the slave ships arrived on the shores of West Africa, we were­–all of us– profoundly loved by the one who gave his life in order to welcome us to his father’s home. In the midst of my anger, Jesus has come and spoken words of peace. I now see that our destinies (black, white, Asian, Hispanic) are united, caught up in the one story of God’s people. America’s story is only important as a witness to the gospel’s power to bring beauty out of pain and estrangement. We are penultimate.

To speak plainly, no history will make me hate my brother because God nailed his sins next to mine on the cross. This is not to say that the sins of the slave master and the slave are equal. On that score, the descendants of the

Mayflower carry the greater burden. Hard truths need to be owned or we will forever look askance at one another hindered by mutual distrust. It may be that the last tear that Jesus wipes away will be our shared weeping over what we have done to one another on the basis of the color of our skin. I grant the final reconciliation of the nations is eschatological (Rev 7:9-12), but I would not mind a foretaste.

I have reason to hope because God has already paid the price for our reconciliation in the blood of his Son. There were two boats, but there is one gospel. The church of all nations is the hope of the world. Can the descendants of the Mayflower and the middle passage inhabit one church and, in so doing, function as witness to a world that seems intent on tearing itself apart? Can the church be a symbol of reconciliation when for so much of our history we have failed in that task? Yes we can! Why do I believe this? Check the tombs in and around Jerusalem for the bones of a certain Nazarene. You will not find them; he is risen. Now tell me once more, what is impossible for our God?