Hands to the Plow—Eyes on the Horizon - Seedbed
close
Menu

36 Then he left the crowd and went into the house. His disciples came to him and said, “Explain to us the parable of the weeds in the field.”

40 “As the weeds are pulled up and burned in the fire, so it will be at the end of the age.41 The Son of Man will send out his angels, and they will weed out of his kingdom everything that causes sin and all who do evil. 42 They will throw them into the blazing furnace, where there will be weeping and gnashing of teeth. 43 Then the righteous will shine like the sun in the kingdom of their Father. Whoever has ears, let them hear.

One of the big consistent revelations conveyed by Jesus’ parables about the Kingdom of Heaven is the “already-not yet” effect. Throughout the Gospel Jesus gives the clear message that the Kingdom is “at hand.” He says things like, “The time is fulfilled.” At the same time he also indicates that the Kingdom is yet to fully come.

Today’s parable gives a good example. As Jesus interprets the parable of the wheat and the tares he references three stages of the Kingdom, if you will. There is the sowing stage, the growing stage and the harvest stage. The “already” phase of the kingdom is the sowing and growing stages. The harvest is the “not yet” phase which will finally come at the end of the age. 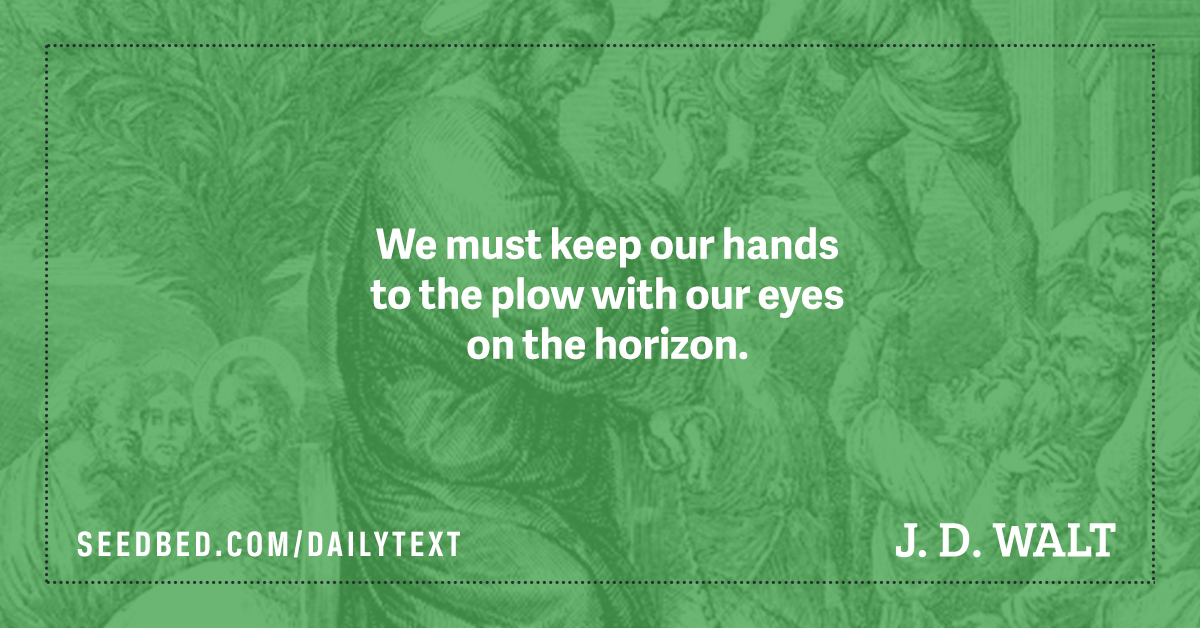 1.Do you find the “already-not yet” effect of the Kingdom of God helpful? How so?

2. What does “sowing” and “growing” look like in your present context?

3. How does the “not yet” harvesting season impact the way you go about the already season? Do you really believe the “not yet” is still coming?