I wrote the following many years ago, having used it in a segment of my Old Testament introduction lectures for seminarians for even more years. I re-post it periodically because I feel it’s still pertinent.

From my earliest youth, I have stared in awe at the famous picture of the airship LZ 129 Hindenburg as it exploded and crashed catastrophically while docking at Lakehurst, NJ on May 6, 1937 after a troubled approach to the mooring pylon. Perhaps it was seeing the picture while listening to the real-time commentary of Herbert Morrison on an old vinyl recording of the radio broadcast that locked the scene forever in my mind. Of course, You can now watch the original newsreel footage. Despite the naysayers, and despite mysteries about how the initial fire started, it’s certain that the catastrophe resulted from something blindingly simple: hydrogen explodes almost spontaneously upon contact with oxygen, and the Hindenburg ws pretty much a giant bag of hydrogen. The entire craft, over 800 feet long, had only 16 separate latex chambers filled with the volatile gas. One puncture, and down it came. You can actually see in the newsreel films the successive detonations of the fuel chambers. The big question is, why did they take the risk of using such a volatile gas? Lots of reasons can be offered, but in the end, the answer was simple: the amazing amount of lift it afforded. They traded reliability for power. The engineers thought they could “handle it” and produce a safe airship.

Many of us have a theology something like the Hindenburg. We love superlatives. We love maximums. We love all-or-nothing dichotomies and ultimatums. So we not only speak of biblical inerrancy, a defensible enough idea in proper context, we operate as though any honest recognition of problems in the biblical text entails a denial of its witness to the will of God, which in turn requires us to deny that any such contradictory evidence or valid contrary views even exist. We almost dare the world to prove us wrong on a single point. It’s a high-wire act without a net. We believe the faith is reasonable, and then proceed to invoke the “domino principle” that any deviation from any one point brings down the whole edifice. We get preoccupied with “presuppositions” so that the slightest impurity in our presuppositions results in defective theology, heresy, and possibly even the forfeit of redemption. So like the engineers of the great airship, we knowingly create a structure capable of being demolished in a smoking heap if one single defect appears, all in the name of…what? While we might have some basis in St. Paul’s claim that “If Christ is not raised, we are of all men most to be pitied,” but the real reason is probably that, like the German aeronautical designers, we love the lift. We love the power, the machismo, of declaring that we have based our lives on a faith system that, if flawed on any one point, collapses like a string of dominos. We love standing up on that high-wire and daring anyone to throw us off balance. We believe, like those engineers, that we can “handle it.”

Among Hindenburg theologies, I would class several types of Christian thought, but I want to focus on my own tribe, protestant evangelicals. First, there are the Hindenburg inerrantists. Now, I confess biblical inerrancy. I just don’t see a future in biblical “errancy.” I believe that when it’s all said and done, we will not be able to charge a single biblical statement with failure to communitcate that degree of focused truth toward which it aspired. But the Hindenberg Inerrantists go much farther. More than simply stating their confidence in the ultimate trustworthiness and reliability of scripture, properly interpreted, they demand that in fact the inerrancy of the Bible be made apparent on every question. No lack of closure, no uncertainty, no periods in which contrary evidence requires a sojourn of faith seeking understanding, no acceptance of tensions and unanswered questions can mar the appearance of perfection. Such a faith is brittle, and invevitably encounters problems of evidence and argument, and often collapses. The collapse is not due to the belief in biblical inerrancy, but in the rigid and even prideful context in which it is espoused. Religious colleges and seminaries are full of professors who are burned out inerrantists. Refusing to bend the evidence to fit the ideology, they think the only other option is an erring Bible, rather than stepping back and re-thinking the whole framework in which both their faith and their learning function.

Of course, there are Hindenburg Critics as well. They have the identical all-or-nothing, dichotomized, ultimatum rich ideology as the Hindenburg Innerantists, except that they have essentially already crashed and burned. Rather than abandon their Hindenburg approach to theology, they just…get on a different Hindenburg! They stake their faith, their integrity and their future ministry and employment now on being champions of biblical criticism who confront evangelicals with their refusal to “take seriously” contemporary scholarship. The problem is that they have simply transferred their inordinate investment in one kind of certainty—a certain view of biblical inerrancy—to another kind of dogmatism, namely historical criticism. Naturally they realize that critical views change over time, but the underlying attitude remains a fundamentalism of the left, aggravated by the soul-wounds suffered as they found themselves unhappily housed in their former communities of faith and professional life. They have a hard time affirming the objectivity or honesty of scholars who have not taken the same path they have. Because their all-or-nothing approach allows no middle ground, they can alienate the very people who might agree with them on many points, but who reject the all-or-nothing attitude and cannot subscribe to the stridency of their positions. Eventually, their confidence in modern biblical historical criticism gets shattered, whereupon they board the Hindenburg of… post-modernity!

I also put certain types of creationists in the Hindenburg Theology category. Taking the Genesis creation narratives to be a documentary description of God’s first week at work, they make the entire edifice of Christianity depend not on the resurrection of Jesus Christ, but on the earth being less than 10,000 years old, on there being no new species since the creation and on a whole chain of increasingly questionable exegetical moves. Anyone departing from this absolute ideological orthodoxy is not simply mistaken, but a betrayer of the faith. But eventually, ideas like God creating the earth with the appearance of age to fool the scientists appear for they are: utter nonsense, and usually the result is to abandon evangelical conviction and in bitter cynicism abandon any confidence in the trustworthiness and reliability of the biblical witness.

I had the privilege of leading a brilliant young Japanese man to Christ while I was at Yale. He was a PhD student in genetics, and in his residence hall, a group of Hindenburg Creationists students convinced him that if any macro-evolutionary theory was true, then Christianity was false. He knew that the rudiments of evolutionary science were true because he was working with them every day in the laboratory. After a year of vibrant growth, his own intellectual integrity demanded that he abaondon the Christian faith. Hindenburg Theology is not only wrong, it’s damaging!

Then we have Hindenburg Apologetics. As a young Christian, I remember being thrilled to hear a dynamic campus speaker declare that he had come to Christ because he was compelled by “the evidence” and was “overwhelmingly intellectually convinced” that Christianity was true, and therefore he put his faith in Christ. I remember being nagged by the thought that maybe the Holy Spirit also had something to do with this guy’s conversion, and maybe his intellect had help in the form of compelling Christian behavior that the speaker observed…but the triumphalist claims of the speaker soundly drowned out that quiet nagging. But over the years, I’ve watched the intellectual pendulum swing back and forth, and I noticed this man’s faith has not swung with the pendulum. He continues to follow Christ even when some of his rational arguments don’t seem as all-powerful any more. Apparently even for him, faith in Christ is more than merely assent to an intellectual argument but involves a weave, a fabric of devotion and trust to the Person of Jesus Christ even when the chips are down, the evidence is ambiguous and the arguments inconclusive. Sadly, every one of my friends from that era who proudly claimed they had been converted by the “weight of evidence” are no long following Christ. Hindenburg Apologetics set them up for disaster. One refutation, one unanswerable question, one successful challenge, and the whole thing goes up on flames and down in a devastating crash.

Hindenburg Theology is a lot like hemophilia. Hemophilia is a disease of royal bloodlines. Intent on preserving the absolute purity of the royal bloodline, royals marry relatives, pooling recessive genes and bearing children increasingly frail, prone to insanity, and most notably, hemophilia. The hemophiliac has blood that cannot clot. In extreme cases, cut him once, even superficially, and he bleeds to death. All in the quest for absolute purity.

What’s the answer? For starters, it involves…other kinds of aircraft! Stay tuned. 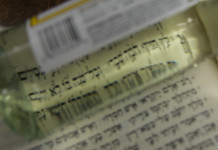 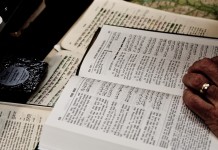