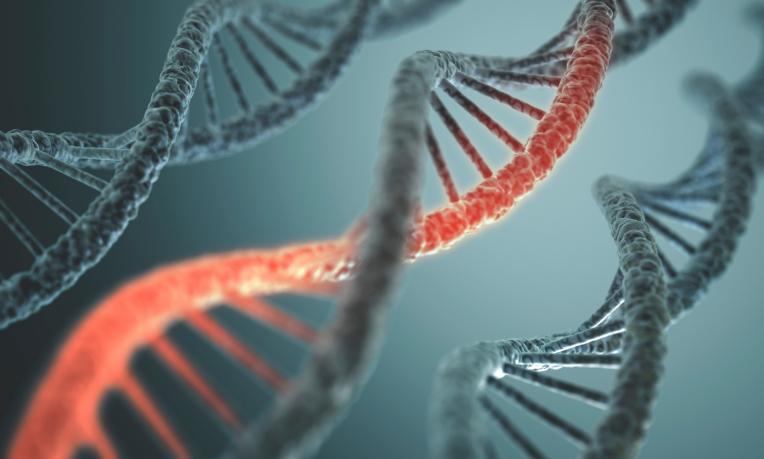 Why do I want to look at pornography? Why can’t I stop eating so much food? Why do I get so angry when I feel threatened? At the Free Methodist college where I teach Christian ethics, philosophy, and philosophy of science, I encounter these questions on a daily basis. Like most genuine struggles in life, the answers do not rest solely in spiritual insights. The physical also matters. After all, we are complicated beings—made in the image of God—who are physical, emotional, intellectual, mental, and spiritual. So what does science have to do with discipleship? Everything.

Even with various theological perspectives, from Wesleyan/Arminian to Reformed, most Christians believe in some kind of free will and some kind of original sin. But what about the biological influences on our moral decision making? And what about environmental factors like a traumatic brain injury that alter one’s personality? A question we must wrestle with is how discipleship might function if our moral reasoning is, in fact, influenced as science suggests.

Let me illustrate with an example: A man lives in a rural part of the Ontario Province in Canada in a poor community. Everyone around him drinks excessively, and so does he; the difference between this man and his peers, however, is that he happens to be a First Nations Canadian (the Canadian equivalent of “Native American”) compared to his European-descended friends. Unfortunately for this man, he has a genetic disadvantage that his friends do not have: he’s lacking an enzyme that quickly breaks down alcohol, making him more predisposed to alcoholism than non–First Nations people. Are there ways he might overcome the biological roulette that led to his disease? Are there certain discipleship programs that can help him navigate his complex physical makeup?

From my own Wesleyan/Arminian perspective, I think some answers are readily found in Wesleyan communities. John Wesley had the idea of developing holiness through close-knit groups (bands and select societies). While Wesley surely wasn’t fully aware of genetics and contemporary science—that would be anachronistic—he intuitively capitalized on the idea that God works with the Christian in the total human context by providing the grace by which a Christian can overcome negative genetic proclivities.

Wesley encouraged his followers by developing a regimented system of checks and balances that created an environment whereby individuals were much more likely to nurture positive moral choices that are naturally developed in humans. He thought that Christians had free will to choose good action, despite the many constrictions placed on the individual (whether biological constraints or constraints from the fall). Yet he also saw God as being intimately involved in an individual’s salvation journey. One can see this in the way he brings forth the idea of prevenient grace to help mitigate the potency of original sin. One can also notice the concept of grace and free will at work in concert in Wesleyan doctrines of justification, regeneration, and the process of sanctification. Thus, it would follow that Wesley viewed Christian perfection as both an endeavor of free will and divine grace.

With this Wesleyan understanding of the human condition, Christians in a state of perfection have not replaced their genes, nor is the individual living with the parallel of dualism where the body and the soul are functioning side by side as two distinct and separable entities. Instead, the Christian in a state of perfection has overcome her or his genes, not being totally constrained by the proclivities of her or his own biology, rather having her or his whole desire focused on God through grace in Christ.

This overcoming does not mean that free will does not exist for the perfected Christian. On the contrary, the individual has the ability to retreat through her or his own volition, allowing her or his biological selfish tendencies to have dominance again. In this way, this concept of “overcoming” maintains a holism of body and soul, displaying how the Christian can remain completely in the body yet enacted upon by the divine grace of Christian perfection.

It is John Wesley’s theological understanding of the human person, influenced by both original sin and works of grace enabling perfection in this life, that laid the foundation for his accountability groups that moved individuals toward a lifestyle of holiness and positive moral action. We can take a cue from this 18th century Anglican. Any good discipleship program must recognize the holistic free individual and create a structure that can encourage good natural and environmental virtues.

Learn more with Matthew’s book, Evolution and Holiness: Sociobiology, Altruism, and the Quest for Wesleyan Perfection.

Find out more about such spiritual formation groups with Kevin Watson’s book, The Class Meeting: Reclaiming and Essential (and Forgotten) Small Group Experience.