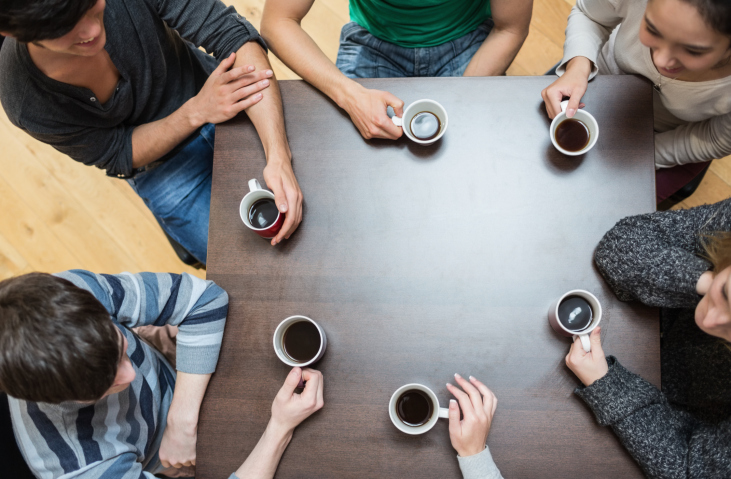 One of the most important and lasting contributions that the Methodist movement made to the church is the rediscovery and systematic implementation of class meetings as a means of grace for spirituality vitality. In many ways, what led to the success of John Wesley’s evangelism ministry and the sustenance of the Methodist movement, in contrast to some of his colleagues, was the value he placed on shared communal life. George Whitefield commented on this practice, “My Brother Wesley acted wisely, the souls that were awakened under his ministry he joined in class, and thus preserved the fruits of his labor. This I neglected, and my people are a rope of sand.” This is in keeping with the theological emphasis Wesley placed on sanctification—it would not be enough to “get people saved” through field preaching or revival meetings, God desires that we orient our entire affections toward him. Following the pattern of the early church, which met regularly and shared meals together, Wesley implemented at least three levels of small groups—classes, bands, and select societies—which would meet together for instruction, confession, and like practices.

For many people, especially the poor, these gatherings outside of the formal church meetings were the first time they would hear the gospel message, having never set foot inside an Anglican church. What often resulted was a group of diverse men and women gathering together for a purpose that transcended and defied the social boundaries in place at the time, even in the Church. In an important way, the small groups that Wesley encouraged were challenging the popular British cultural notions and offered people a new identity that could be seen and felt in lived community. Contrary to the way society and church were structured, people could encounter a God who welcomed all men and women equally. Kenneth Collins says of the meetings, “the destitute were no longer alienated but embraced, no longer dispossessed but empowered, no longer forgotten but cherished.”

What Wesley understood so well and what the Apostle Paul was communicating when he used the term “in Christ” is that the new identity offered to us by God through his Son grounds our life in the Spirit. We live and act out of who we are, and those who seek to define themselves—or who are defined by others—by anything less than Christ will invariably fall short of ultimate fulfillment, meaning, and a God-glorying life. The Methodist class meetings then were the place where people could learn that in their deepest being they exist in the image of God, have value, and their salvation was bought with the price of Jesus’ life. What greater news could a person receive than the free offer of salvation, irrespective of their gender, race, age, or wealth?

Here are some ways in which Wesleyan small groups positively contribute to identity formation:

Small groups gather together a diverse group of people.

The community Wesley envisioned was one that included people of all social backgrounds. While groups based on affinities have their place, life is most rich and our spirituality most positively challenged when we are in relationship with people different from ourselves.

Small groups are a felt way of living a common identity.

It is one thing to preach equality abstractly, it is another for an outsider to see it lived by people of diverse backgrounds gathering together for worship. Sharing intimate moments during meals, confession, song, and material needs go beyond the opportunities afforded at regular worship gatherings.

Small groups offer a vision of community based on Christ’s work for us.

Doing life in small groups challenges the individualism so prevalent in our culture. Having our identity affirmed by a community that has Christ in common offers us rest from our own strivings to prove our worth through accomplishments.