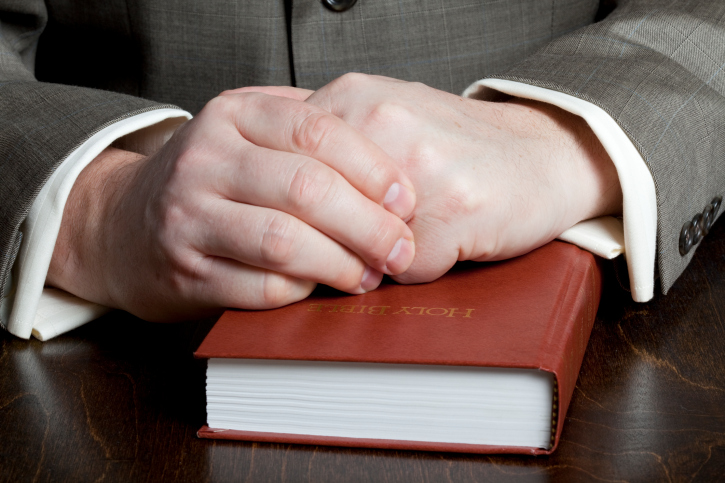 The Moravian Peter Bohler once urged Wesley to “Preach faith till you have it, and then, because you have it you will preach faith.” John Wesley received this advice after sharing his personal feelings of inadequacy with Bohler. The demands of missionary ministry in Georgia led Wesley to believe his faith was somehow deficient. This counsel from Bohler would prove to be perfectly in line with how Wesley later came to understand the means of grace.

Who was John Wesley, really?

In his sermon, “The Means of Grace,” Wesley defined them as “Outward signs, words, or actions ordained of God, and appointed for this end—to be the ordinary channels whereby he might convey to men preventing, justifying, or sanctifying grace.” By acknowledging his need and continuing in his preaching ministry, ultimately Wesley was able to receive the grace he needed to experience both the power and peace that were missing from his faith. God used his continued participation in the ministry of the Word to work faith into Wesley.

The means of grace then are all the ways God works grace into our lives, from before the time we come to know him through to the day we are glorified with Christ in the next life. Some of the means are general, such as denying ourselves and taking up our cross. Others are particular and instituted, like prayer, searching Scripture, the Lord’s Supper, fasting, and attending Christian gatherings. Even the infrastructure of Methodism, with its focus on discipleship and sanctification through small group meetings, may be considered a means of grace.

Generally the means move from hearing, to reading, to talking, and finally praying. Stepping into these channels opens us up to the work of the Spirit. Engaging in the means of grace, as opposed to passively waiting on God, is a form of active participation. In Wesley’s day especially this was important because of the tendencies of quietism, which denies the beauty and meaning that God created in special observances. In other words, receiving grace is not about idly standing by waiting on God. This helps explain why Wesley was an advocate of the “open table” view of the Lord’s Supper.

But he was quick to defend his doctrine of the means of grace from misunderstandings. He counseled Christians to remember that: 1) God is above all means; 2) there is no power in the means; 3) they are not meritorious; 4) grace is dispensed by the power of his Spirit and the merits of his Son; 5) seek God alone.

To be mistaken on any of these points will only lead to the form of religion without its power. According to Wesley, one can participate in the means of grace before one becomes a Christian. But Christians need to continue in the means as well for the purpose of sanctifying grace.

Recognizing both the general and particular means as ways God chooses to impart grace into people’s lives should inform our Christian witness. Understanding the means of grace sheds light on our own participation in reaching others.

The means of grace affirm the goodness of our world.

Certain ideas go hand-in-hand, like the quietism mentioned above with certain escapist theologies of God removing us from this world. In contrast, practicing the means of grace as envisioned by John Wesley coheres well with the goodness of creation and affirms our humanity. Actively participating in the means of grace honors the way God designed humans to learn and to grow in our affections for him.

Recognize that liturgy has the power to reinforce theology to Christians and introduce the gospel to nonbelievers.

Christian gatherings, whether in the form of public worship services or small groups, are extraordinarily powerful. The verbal and nonverbal elements all shape our understanding of God. This is why all of the visual, musical, and homiletical elements should be truthful representations of the gospel message. Liturgy is where people can encounter the grace of God in a powerful way, so we should thoughtfully design these elements.

Trusting that God is using the means of grace to reach people offers us peace and rest from our own work.

It is easy to become weary for work and lose sight that we are just called to be witnesses to God. God’s providence and sovereignty remind us that we do not push or pull people into the kingdom—the Spirit draws them in through any of the means he wishes. We can participate in this work by creating space for people to witness who God is, but ultimately it is his work. Invite people into relationship with God by encouraging participation in the means of grace.