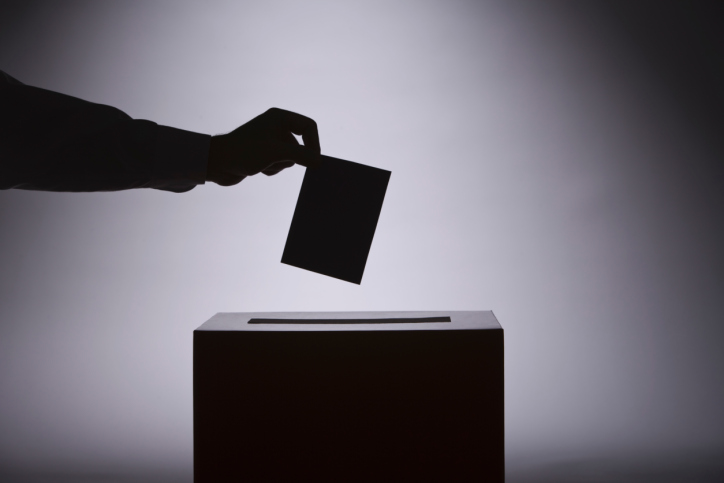 If you live in the United States—or anywhere else, for that matter—you may have noticed that a major Presidential election is looming. So let’s ask: Why do people vote the way they do?

Whom you vote for turns on two hinges: What issue you think is most crucial, and what you see as the role of government.

Voters who believe one issue is so crucial that it trumps all others will vote solely on that basis. This vastly simplifies things.

For many folks I know, the one overriding issue is abortion. The election therefore turns on each candidate’s stand on this issue; all other issues fade away.

Such voters may link this issue with others, such as homosexuality and “the sanctity of marriage.” So this issue, or tight set of issues, becomes the overriding factor in voting.

I believe there are times when one issue is so critical that it does indeed trump all others. I don’t think abortion however (or issues surrounding homosexuality) qualifies as such an overriding issue, for three reasons:

1. Abortion is wrong in all but the rarest of circumstances. But this is primarily a moral and ethical issue, not one of government policy. Government policy affects it relatively little. The factors that most affect the incidence of abortion are the character and stability of family life and the moral values taught in the home. The major Christian concern should be to instill biblical teachings about the sanctity of life, love, and marriage in our own families and churches—and also, of course, to evangelize! The best way to keep a young woman from having an abortion is to introduce her early to Jesus Christ and to ground her in a loving Christian community where healthy relationships and the sanctity of life are deeply instilled.

People who decide elections solely on this issue, in my view, abdicate their responsibility as citizens to speak out on a whole range of other big issues.

2. A broader pro-life stance makes more sense than focusing solely on abortion. If we want to protect human life from conception to physical death, we will look at issues such as healthcare (especially disease prevention), education, and a range of related factors. We will recognize for example that failing to curb pollution or protect our water supply is anti-life, not pro-life.

Jimmy Carter points out, “It has long been known that there are fewer abortions in nations where prospective mothers have access to contraceptives, the assurance that they and their babies will have good health care, and at least enough income to meet their basic needs” (Carter, Faith & Freedom: The Christian Challenge for the World [2005], 74).

I am concerned not only that human fetuses not be aborted, but also that the children whose life is preserved come into a world where life is worth living. Christians would do well to support a comprehensive pro-life agenda, as the Evangelical Environmental Network and many other Christians advocate.

3. The largest, most critical issue facing humanity today is climate change. Earth’s climate is changing due largely to our abuse of the physical environment. Add up massive increases in the use of fossil fuels over 200 years, various kinds of pollution, deforestation, over-fishing, species depletion, the industrialization of food production with heavy use of fertilizers and herbicides, and what do you get? Climate change—not only global warming, but a whole raft of interlinked problems due to complex feedback loops within the physical environment.

The most obvious symptom here is the growing unpredictability of weather patterns: prolonged droughts, disappearing Arctic and Antarctic ice, rising sea levels, unprecedented forest fires, unusually heavy rains coming at the wrong times, newly invasive species, and the spread of diseases into areas where they were previously rare or unknown.

Get the picture? These are all connected. This is the nature of ecology, as we’re discovering more and more. In the U.S., climate change has become a major drag on economic recovery, due especially to droughts.

The good news is that Americans are gradually wakening to this, making the connections as their own lives are touched. The bad news: So many harmful effects are already built into earth’s climate that it will take half a century or more to begin reversing the consequences. Things will get worse before they get better. The longer the U.S. and other industrialized and industrializing countries delay in adopting sustainable policies, the worse the consequences.

The consequences are not just environmental. Environmental destruction in turn triggers widespread famines, political conflict, and massive migration. Invariably the principal victims are the poor—especially women and children.

For me therefore, as one trying to be a biblical Christian, the nearest thing to an overriding issue is climate change and the protection and stewarding of the Good Earth God has given us.

There are many other issues. Sex trafficking and slavery is a growing problem and concern (which incidentally is aggravated by environmental despoliation). I honor those activists who work on this and related issues.

When it comes to national, statewide, and local elections, however, climate change is the largest issue and the one where government policy plays the biggest role.

That of course leads directly to the other determining factor in how we vote: The role of government.

The U.S. has seen a huge libertarian swing in the past decade or so. In the current election cycle, the libertarian mantra (government is the problem; regulation is bad; taxes and federal programs should be drastically cut) has largely captured the Republican Party, at least for now. What it means to be a Republican today is vastly different from what it meant when I was a Young Republican in my college days.

(A libertarian is “one who advocates maximizing individual rights and minimizing the role of the state.”)

This libertarian swing is overrated, though. Its energy comes mainly from middle-aged white males, who understandably feel threatened by the demographic changes happening in the U.S. This sense of threat energizes a reactionary conservatism. The libertarian contingent is not as numerically strong as media coverage might suggest, however. And demographics make it clear that it will gradually fade—though certainly not disappear.

Meanwhile the Democratic Party is something of a mess. Many of us would happier with a more multi-party system where not every issue gets caught in no-win gridlock. The founders of the U.S. political system envisioned open debate and common-good compromise, not what we have now.

Libertarians see very little (or no!) role for government on the environment, education, and business. So voters who lean this way will oppose any large-scale efforts to deal with climate change.

Extreme liberals at the opposite end of the spectrum give the impression that every problem calls for a new government program. People with this viewpoint would over-regulate, in the end making problems worse and running the danger of ruining the economy.

But most Americans are in between. Most want personal liberty and the freedom to live according to their conscience. But they also believe in “the public good,” “civic virtue,” and “the general welfare”—traditional values that in recent years have fallen on hard times.

The point here: People who see almost no role for government, even if they’re really concerned about climate change, will not support government action to address it. People who believe government is indeed responsible to protect and “promote the general welfare”—and who are thus concerned about more than their own individual liberty and private rights—will want government to directly address climate change and related issues. If these Americans are concerned about the “general welfare” of all humanity, and if they understand that their own personal well-being is caught up with that of the whole earth, they will of course expect their government to work cooperatively with all nations to achieve a sustainable environment.

We the People of the United States, in Order to form a more perfect Union, establish Justice, insure domestic Tranquility, provide for the common defence, promote the general Welfare, and secure the Blessings of Liberty to ourselves and our Posterity, do ordain and establish this Constitution for the United States of America. (Preamble to the U.S. Constitution, which many of us memorized in school.)

In the current U.S. Presidential campaign, people are making up their minds according to their views on these two points: Overriding issue, and the role of government. Of course many other factors play into people’s decisions, some quite extraneous and some quite silly. Many decide intuitively, based on their sense of the candidates’ character and credibility, which is not a bad test. But to the degree that voting behavior is based on issues, these two hinges are key.

The current election offers stark choices on both these hinges—more so, probably, than any election since 1964. (Don’t tell anyone, but I voted for Goldwater rather than Johnson. Actually the 2012 contest bears a lot of resemblance to 1964. For most of my readers I should explain that that was about a thousand years ago.)

My appeal today is twofold: First, that voters think very carefully about the question of overriding issues and the larger web of interrelated concerns that also deserve attention. Second, that each voter think about, and rethink, the proper role of government.

The Bible has a lot to say about this last point, incidentally, but that will have to wait for another time. (Hint: It has a lot to do with looking after the poor, widows, orphans, and resident aliens.)