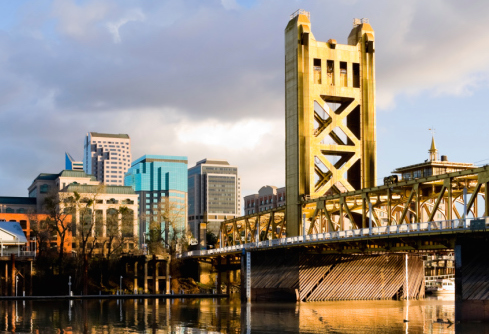 While completing a business degree at a California State University in the mid 1990’s, I felt a slight tug to change course and pursue a seminary education and a career in ministry. Honestly, this tug was easy to ignore for several reasons:

But, this tug reappeared intermittently throughout my life, usually alongside a significant event such as: marriage, career change, financial crisis, etc. It was only after spending nearly 20 years in a secular corporate work space that the seminary tug became a clear calling, and obedience was inevitable.

Are faith and work separate?

Like many congregants today, I had pursued a comfortable life that separated faith and work, like private and public. This is a common structure of life that defines actions, and yet many, like me, are unconsciously incompetent to even recognize this as a problem. In fact, this separation is congruent with the attributes of a modern, inoffensive, controlled and successful life. This separation is the cultural norm.

Potentially, I would be in a similar situation if I had pursued a seminary education and corresponding career at a young age. Many in the pastorate live a life with little or no time spent in the secular workplace of their congregants. This sacred worldview can result in preaching that ignores the need of Biblical insight contextualized for the shop floor. It is possible that many in the pastorate are unaware that those in the workplace need guidance so that faith and work are seamlessly integrated. A biblical perspective of ‘why to work’ and ‘how to live in the workplace effectively’ are critical for our culture.

Do business and theology compliment each other?

Now that I am attending seminary, I sometimes wish I had responded much earlier to this ‘tug’, as I find such joy during this time of growing, learning, and acquiring a new understanding of God’s grace.  But, I am actually thankful to have spent several years in a secular career. I now see how I can use my business education and corporate world experience to compliment a solid theological education. The Biblical understanding of faith, work and economics is the perfect intersection for the unique function of spiritual and economic development for which I feel called.

In many churches today, work and economics are not necessarily lenses through which sermons are created. Most people in the workplace, and even the church, associate their understanding of economics with their preferred political party instead of overarching Biblical truths. This is unfortunate, because a Biblical perspective of work and economics clearly exists. The Bible is full of teachings about the ethics of work, play, serving, and justice; all of which can be shared from a Christian perspective which surpasses political and social preferences.

Can we break down the barriers?

A purposeful effort must be made to share these truths and teachings with congregants to help break down the barriers between the current and individual spaces of work and faith.  Pastors can guide congregants into the marketplace by seeking the Kingdom of God in a place where they spend most of their productive hours so that the unique calling of the Christian can produce a unique outcome by:

So what was this tug that I have been feeling, calling me out of the corporate world and into full time ministry?  If I were to claim a call to full-time ministry, I might give the impression that there are two separate career paths from which to choose: the holy and the secular.  These two lifestyle silos should be integrated by the overarching truths of Biblical teaching. The reality is that all Christians are called to full-time ministry, no matter how economic participation is achieved. There should not be a significant disconnect between the working life and the religious. The two should be connected, just as God became physically connected to his creation in the person Jesus.