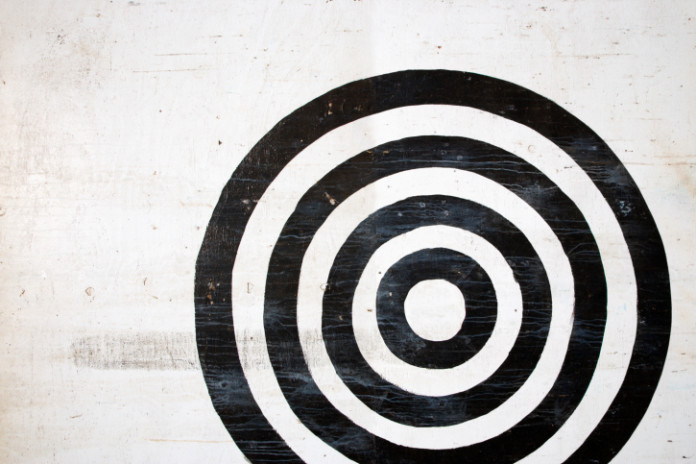 Is homosexuality a core issue of Christian belief? A matter of doctrinal fidelity? Or is it essentially a question of human rights; the current focus in the long battle that progressively has given freedom to slaves and worked for equality for women and other victims of discrimination?

This is a tough issue. Biblical Christians affirm the equality of all humans created in God’s image. We should work to end oppression and injustice; we should help everyone enjoy the full freedom of the Gospel of Jesus Christ.

What, then, about homosexuality, and homosexual practice?

I have become convinced that this is indeed a core issue for Christian faith and witness. It is more than a question of rights and freedom. It involves fundamental issues of Christian doctrine.

Here are four reasons that the acceptance or non-acceptance of homosexual practice is a core issue for Christian faith.

1. The Witness of Scripture

What does the Bible teach?

In his book Slaves, Women & Homosexuals: Exploring the Hermeneutics of Cultural Analysis (InterVarsity, 2001), biblical scholar William J. Webb makes a critical point. Webb carefully examines the “direction of movement within the Bible” on a range of issues “as a criterion for interpreting biblical truth today.” His particular test cases, as his title indicates, are slavery, women, and homosexuality.

When it comes to slaves and women, Webb shows that the trajectory of biblical revelation is consistently toward greater freedom; less restriction and discrimination. As he puts it, biblical texts dealing with women and slaves gradually become “generally ‘less restrictive’ or [show a] ‘softening’ relative to the broader culture, while the homosexuality texts are ‘more restrictive’ or [demonstrate] ‘hardening’ relative to the surrounding environment” (p. 83). An array of other hermeneutical criteria confirm this, he says.

In other words: While the Bible presents us with a hermeneutical “trajectory” toward greater freedom (less restriction) for women and slaves, both within Scripture and in relation to cultural context, no such trajectory is found in the case of homosexual practice. In all the Bible, both Old Testament and New, homosexual practice is forbidden and viewed as sin.

Webb states this more explicitly in the book’s conclusion: “the homosexual texts are in a different category than the women and slavery texts. The former are almost entirely transcultural in nature, while the latter are heavily bound by culture.” This reality furnishes a decisive answer “to homosexual advocates who say the cultural dimensions of the women and slavery texts should lead to the acceptance of homosexuality.” Analysis of the entirety of biblical revelation shows “the fundamental difference between the women’s issue and the homosexuality issue” (p. 252, emphasis in the original).

Homosexuality is thus fundamentally different from the issues of slavery and the roles of women. Since homosexuality goes to the very heart of human identity, it is not at heart a civil rights issue, from a Christian standpoint. Within civil society, however, the rights of homosexuals does become a legitimate issue.

In other words, the Bible (and thus the Christian Church) recognizes and holds to a different and higher standard of moral behavior, by definition, than does a civil society which is by law neutral and “secular” with regard to religion.

We hasten to add, however, that the biblical command to love is a higher-level truth and ethic than the prohibition of homosexual practice. The proper way to reconcile these is conceptually clear, though difficult in practice: Christians must show unbounded love toward homosexual persons, while not accepting homosexual practice as permissible in the context of Christian holiness and discipleship.

Is this the same as saying: Hate the sin; love the sinner? Yes, but with two qualifications. First, Jesus’ practice makes it very clear that Christians are those who sometimes hang around and eat with sinners and social outcastes. Second, we remind ourselves that in itself homosexual sin not greater than heterosexual sin.

The consistent biblical condemnation of homosexual practice, in contrast with the issues of slaves and the roles of women, leaves us with an argument that is unanswerable without compromising biblical authority.

2. The Issue of Family Life

Three additional reasons that homosexuality is a core issue for Christian, beginning with the issue of family stability:

Can a society that condones homosexual practice and homosexual families be a stable one? Perhaps so, though I don’t think it’s ever been tried in human history.

But the health of family life and of society over generations depends on continuing to view homosexual practice as morally offensive from a Christian standpoint, even if it is condoned in society (as it increasingly is in the Western world).

The reason is this: God’s plan as revealed in Scripture has to do with families, and with the maintaining of covenant fidelity over generations. (Note the biblical emphasis on “generations,” which I comment on in Salvation Means Creation Healed.)

Healthy society, and certainly healthy church life, depends on healthy family life. The church is the family of God and the Christian family is the church of God.

True, Jesus did not base his initial community of disciples on biological family units. Christian brotherhood and sisterhood transcends biological brotherhood and sisterhood. On the other hand, the Bible and the Christian gospel clearly teach that the biological family unit (male and female united and normally procreative) is foundational in God’s plan and in the formation and generational fidelity of his people. “For this reason a man shall leave his father and mother and be joined to his wife, and the two shall become one flesh” (Mt. 19:5; cf. Gen. 2:24).

Consider also the many biblical injunctions to “teach your children” the ways of the Lord (e.g., Deut. 11:19). That implies two things: That men and women are (normally) to wed and have children; and that they are to teach them what the Bible says about sexual and gender relationships. If these two things are not done, obviously society will drift away from God’s ways.

The church is based largely (though not exclusively) on marriage and family life, and stable, healthy society is built largely on healthy and stable Christian families. Maintaining biblical standards of sexual and gender relationships contributes to social stability over generations.

“God created humankind in his image, in the image of God he created them” (Gen. 1:27), in full equality, with a commission to jointly compassionately “rule” and steward the earth.

Human creation in God’s image is a hugely important fact, practically and theologically, as John Wesley recognized so profoundly. It has essential implications for salvation, holiness, and new creation. And it has relevance to the issue of homosexuality.

This fact in itself does not resolve all issues regarding homosexuality (as some conservatives seem to think). However it does weigh on the side of biblical morality, with its prohibition of homosexual practice.

Gendered human creation in the image of God is a core matter of human identity. Clearly it establishes a biblical norm for persons, families, societies, and culture. It is basic to the biblical covenants. The consistent teachings of Scripture regarding sexual ethics (both hetero and homo) thus fit naturally and logically into the coherence of the biblically-revealed plan of salvation.

Since salvation means creation healed, salvation it its fullness will always mean healing also in this area of gender relationships—short term, and/or long term, in the fullness of God’s plan and purposes.

The church, in its advocacy of God’s ways, is always countercultural at some key points. Those points vary over time and sociocultural context. Today, an essential point of countercultural identity and witness concerns homosexuality.

There is no point in being countercultural just for the sake of being “counter” or different (which the church sometimes forgets). In every context the church is in some aspects cultural, in others sub-cultural, and in still others countercultural. The key question always is: What does fidelity to Jesus Christ and God’s Covenant and kingdom mean now, in this particular context?

Today—in the West, but increasingly globally—homosexuality is a key and strategic issue of countercultural identity and witness. It is not the only one, nor even the most important. Today’s church needs to be countercultural in caring for the earth, building loving community in the face of individualism and personal isolation, in its rejection of materialism, consumerism, and commodification, in the redemption of the arts, and in other areas. But for all the reasons cited above, homosexuality is a key and core issue.

The issue here is not primarily negative—condemnation. Rather, it is positive: Embodying and incarnating a better, more healthful, more fulfilling and generationally sustainable way. Faithful Christian community models a better way as it really demonstrates the love of Jesus Christ.

Here is a key area where Christians can give a powerful, positive witness—not so much by what they say or what they condemn, but by what they demonstrate in their own lives and loves, embodying the biblical covenant in their relationships with each other, whether in marriage or singleness.

On the Other Hand

So my argument here is at heart positive, not negative. Healthy, pure, licit gender relationships are one of the great blessings of living God’s way. This includes very close but non-erotic cross-gender and same-sex friendships. Jesus’ own life showed this, as did the witness of the early church.

But we need to add some qualifications and clarifications about homosexuality as a core issue.

As Christians, we are called to extend compassion and understanding in this area, just as in others. We should go as far as Christian truth will allow in accepting homosexual persons. Christian doctrine rests on love and truth. Love without truth is not true love; truth without love is actually untruth. So we demonstrate God’s love in fullest, truest possible ways, without compromising on biblical truth with regard to gender ethics.

In this connection, I like very much the approach of Thomas Hopko in his insightful little book, Christian Faith and Same-Sex Attraction: Eastern Orthodox Reflections (Conciliar Press, 2006).

Hopko, former dean of St. Vladimir’s Seminary, says Christians should view same-sex attraction from a revealed biblical perspective, regardless how countercultural that seems—though we can learn also from ongoing social-scientific studies. He writes:

Hopko says Christians must love homosexuals and defend their civil rights, including domestic partnerships. “Civil unions” are not Christian marriage but can provide necessary protections in our fallen world. We must recognize that civil and multi-religious society is not the Church of Jesus Christ.

I am always reluctant to accept “tipping point” or “slippery slope” arguments. “Domino theories” of events are always shaky; often baseless, over-hyped. And yet, homosexuality is indeed a key issue. It is almost (not quite) a litmus-test issue when it comes to adherence to biblical authority.

For two or three of my respected Evangelical friends, and for one Christian magazine to which I used to subscribe, it was exactly that—a very key point. In each case, once homosexual practice was endorsed as acceptable for Christians, other compromises on biblical authority followed. A line had been crossed. The Bible no longer carried the authority it has nearly always had when the church was vital and faithful.

Homosexuality is indeed a core issue. Biblical fidelity requires viewing homosexual practice as sinful and a violation of God’s law, and also requires unqualified compassion and understanding towards homosexual persons in the spirit of Jesus and by the power of the Holy Spirit.