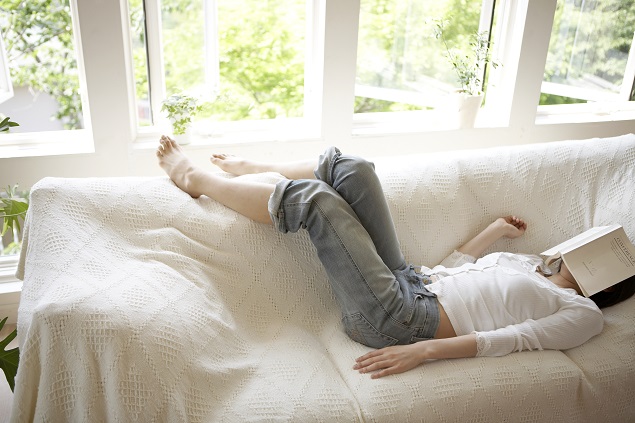 I’m always looking for motivational tools—at least when I have work to do that seems boring. Don’t get me wrong; I have a great job as a professor. All the same, I don’t know any professor who relishes grading a huge batch of student papers, written on the same assigned topic. Nor do I know any colleagues who look forward to proofreading an article for the tenth time, or filling out administrative forms, or preparing a lecture when they’re tired. You get the point. Even the best jobs have times when the work is just plain menial.

And I’ve not yet mentioned the other kinds of work that I, like any other adult, have to do on a daily basis. Sweeping floors, washing dishes, driving children to and from activities, cleaning mud—or worse—from their shoes. It never ends, does it?

The reason we often wish for more motivation in doing menial work is that the alternative is usually to do nothing. It’s one thing for dishes to pile in the sink because we suddenly receive an emergency phone call before we’re able to do them. But much more typically, we don’t do them because we just want to rest for a while on the couch. It’s inertia that is typically our nemesis, as we struggle to find the will to do menial tasks. Procrastination becomes our M.O..

Ingeniously, we humans can even use one kind of work as a way to avoid other, more menial kinds of work. It’s well-known among college students: the only time you clean your dorm room is when a term paper is due!  Yes, cleaning is somewhat tedious. But trying to start writing a term paper is super tedious.

Once again, inertia is so often our enemy in working to the fullest of our abilities (and our callings). We have to exert willpower in trying to pull free from it. It takes effort to get up from the couch and do a household chore. The ‘fallback position’ is always, in a real sense, doing nothing.

The Christian philosopher Richard Swinburne has pointed out that this tendency toward idleness makes it possible for us to have moral freedom. We can choose to visit a sick neighbor or just to relax at home. We can choose to write an encouraging note to a friend or just to stay put on the couch. We can choose to respond to others’ needs when we see them—or opt for less taxing activities.

Swinburne points out that God could have made moral freedom possible for us in another way. He could have ensured that we have continual, malevolent desires to harm others. Moral choices would then always be a matter of choosing whether to help someone or to do that person serious harm. In this kind of world, we humans would constantly have to ‘rise above’ the hateful desire to see others suffer at our own hands.

Of course, in our own actual world, our moral choices don’t usually amount to choosing whether to visit a sick neighbor or to try to make his condition worse. Or whether to listen to a troubled friend or to try to injure her. Once again, it’s typically the pull simply of inertia (not malevolence) that we have to fight against, in performing the Godly work we know we should do.

Swinburne concludes that it is actually a good thing, a blessing, that God has ensured that we humans feel the pull of inertia. Yes, we have to fight against it; and the human ‘fallback position’ remains one of procrastination and lethargy. But the alternative—again, if God is to ensure that we have moral freedom—would be systemic, malevolent desires toward everyone around us. Much better, Swinburne concludes, to have to fight the battle against laziness.

For me at least, Swinburne’s analysis serves as a useful motivation. When there’s a job that needs doing, and I’m feeling weary and indifferent, I can remind myself: “It could be worse!”  The alternative could be desires much worse than mere lethargy. It may sound odd to say that the human battle against laziness is a divine mercy. But given the alternative, a mercy it is.