Is Your Christianity a Box or a Path? - Seedbed
close
Menu

There is power in understanding faith as a path rather than a box. Perhaps I can understand this paradigm so well because, by God’s grace, we are reaching some pretty rough folks. Most have logged a lot of time in bars and behind bars, so the term “church fights” has a whole new meaning at our church Ashes to Life.

Though our church is small, we go against the grain of the usual demographics. We have more men than women, more tattoos than gray hair, and piercings abound in places more than just ears. My hospital visits take me to the psych unit far more often than to the other floors. Some attendees come from the local halfway house, some from three-quarter-way houses, and a few from the homeless shelter.

Want to worship with us? Then arrive early before the coffee pot is drained. And sorry about the cigarette smoke outside the front door. The language can be a bit rough as well.

Take Gary, for example. Gary was active in our discipleship group and also a weekly cell group when he first became involved. God had used his father’s death and a rigorous rehab to set him free from thirty-seven years of drinking. At the end of cell-group meetings, when asked how to pray for him, he always said, “Yeah, I need help with my profanity. I just can’t seem to stop!”

And so week by week we prayed. One day he walked from his three-quarter-way house to the Family Dollar down the street. Two young men from a Box-type church began to witness to him. (It may have been the church that has the sign saying, “Independent, Fundamental, Bible-Believing, KJV.” That’s my guess.)

With a brief introduction, they began with their questions. Did Gary know that he needed to get saved? Well, yes, that’s what he had learned at Ashes to Life. Was he sure if he was actually born again? Well, he thought so. Was he baptized the right way? After all, God would want more than just sprinkling.

“Well, that’s not what I’m learning about God.”
“Look, you simply need to come to our church!”

After a short expletive, he fired back, “I go to Ashes to Life!” (Ah, yes! Thank you, Gary, for that advertisement! Not quite how most of us would have worded it.)

So does his language and angry hand gesture mean Gary isn’t in the kingdom? Hardly. While he may not fit into the Box of those two men, his feet are firmly on the Path. God has delivered him from alcohol and is in the process of cleaning up his language. He’s been set apart for God’s sake, and God is making the separation clearer for all to see week by week, month by month, year by year.

The Path does that for faithful folks. Now holiness is certainly about obedience. And one should not be put in a position of spiritual leadership unless they have some degree of maturity and control over obvious sins that cause people to stumble. They should be a good bit further down the Path than the average Joe. But the desire to obey God and to live a holy life, whether a leader or not, flows from a different source depending upon how you understand belonging. 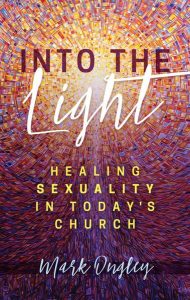 The obedience rising up from the Box is driven by fear and obligation. If you don’t comply, you are out. You won’t belong anymore. But the Path says, “Hey, you already belong. This is who you are, so live it out” (see Ephesians 5:1–2). It is walking in step with the Spirit of Jesus and finding his enabling so that you put to death the works of the flesh because you want  to out of a holy love for God, not because you have to in order to remain in the Box.

I write more about path Christianity vs. box Christianity (and even circus Christianity!) in my book, Into the Light: Healing Sexuality in Today’s Church. You can get it here.

Maintaining purity of heart in a sex-saturated world is a challenge for all believers. Sensuality has always grabbed our attention, but with the Internet, explicit and highly addictive material is jus ta click away. A glance becomes a gaze, a gaze can become an obsession, and obsession unchecked can bring the chains of addiction. Getting free can be maddening. 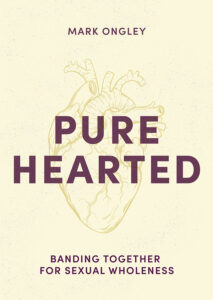 But freedom is possible! Studies reveal that abstinence from addictive behavior for ninety days can place you on a new plateau of victory. But you can’t do it alone. Gritting your teeth and making more promises leads only to disillusionment and despair. Banding together with a few trusted friends, however, is a key to liberation.

Arm in arm with a few others, this approach goes beyond mere sin management and aims for the root issues that feed sexual obsession. Are you ready for a journey toward purity of heart? Get Pure Hearted from our store here.

© Seedbed 2021
Is Your Christianity a Box or a Path?
MORE STORIES