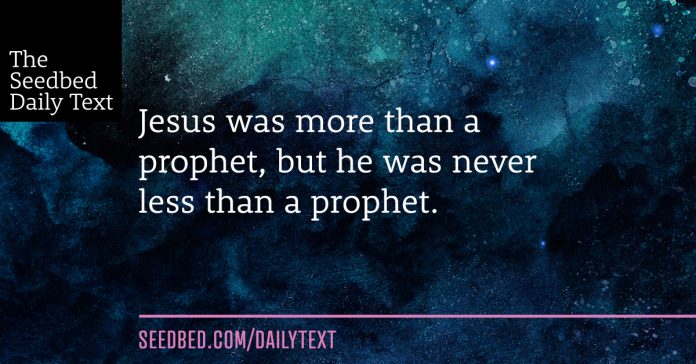 “After three days they found him in the temple, sitting among the teachers, listening to them and asking them questions. And all who heard him were amazed at his understanding and his answers. When his parents saw him they were astonished; and his mother said to him, ‘Child, why have you treated us like this? Look, your father and I have been searching for you in great anxiety.’ He said to them, ‘Why were you searching for me? Did you not know that I must be in my Father’s house.’ But they did not understand what he said to them.”

It is my opinion that Jesus lived the most remarkable life that has ever been lived. Nearly everything that we know about this life comes to us through the gospel accounts. We have a substantial amount of information regarding his brief but truly awesome ministry. We have a few stories regarding his infancy. Of his childhood, we have only this single story from Luke 2. It’s quite a story though. The boy Jesus has apparently spent the better part of several days sitting among the scholars in the temple. He impressed them with his answers, but also asked questions and listened carefully to the replies. This was all done to the great bewilderment of his very concerned parents.

When I read this story of the twelve-year old Jesus, sitting in humility and absorbing the wisdom of the sages, I can’t help but flash forward to a very different scene toward the end of Jesus’ earthly life. This Jesus who sat contemplatively among the scholars of the temple would one day come unglued within the confines of that very same temple. I wonder if there were any folks who got to witness both events…if any of these teachers who were impressed by the dignified intelligence of this very special young man were also there when he started tossing tables and spilling coins. If so, they must have sincerely wondered what had happened to him.

I think these two temple events go together in a very important way. Putting them side-by-side, we see a Jesus who slowly internalized the religion of his people. He questioned it, he pondered it, and he applied himself to walking by its light. But over time, Jesus came to some radical conclusions. Some of these conclusions led him to make a rather sudden break with establishment Judaism. By the time that his official ministry began, Jesus had cast his lot with the prophets. His final incident in the temple was the culmination of this change. There were aspects of the temple system and of its oppressive hierarchy that Jesus flatly rejected, and he let everybody know it.

Like everyone, Jesus had to get there in his own way and in his own time. But when he got there, it was a sight to behold. As it has been said, Jesus was more than a prophet, but he was never less than a prophet. He followed in the footsteps of the prophets, and yet fulfilled their words at the same time. His words and his actions were perfectly on time, because he took his time. His most radical actions emerged from a deeply cultivated disposition of inquisitive humility.