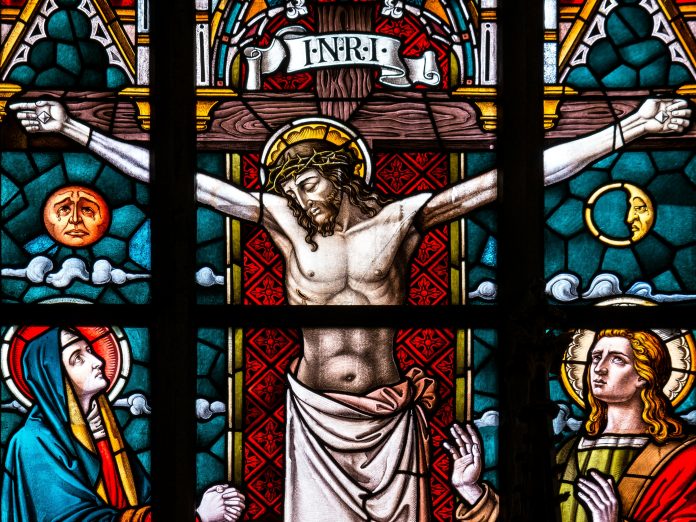 Jesus Christ not only comes to earth as perfect man (the second Adam), but He also comes as our High Priest, our Prophet-Redeemer, our Final Sacrifice, our Lawgiver and our King. These prophetic, redemptive, priestly, and kingly streams all flow into the mighty rushing river of messianic expectations that reach their fulfillment in the Lord Jesus Christ.

Devout Jews would have all been familiar with these themes. Everyone knew that when the Messiah came, He would fulfill these expectations. However, we know from reading the New Testament that when the incarnation actually happened, it caught everyone by surprise. If Jesus had come forth like a mighty warrior and overthrown the power of Rome, many would have said that this was exactly the way they expected His kingly role to be fulfilled. What we discover, however, is that Jesus fulfilled these roles in ways that were unexpected. No one could have imagined that Jesus would come to suffer and die on the cross. It was completely scandalizing to think that this suffering Jesus was actually God in the flesh. There was no preparation to consider the possibility that God Himself would come to earth as the Great High Priest and then offer Himself as the sacrifice before rising again as the victorious King. Or was there? Throughout the pages of Israel’s history, there was indeed a more subtle strand, a nuanced preparation for this unexpected revelation of Messiah that would only be understood in retrospect, as the early Christians looked back upon their own prophets’ message. This is the surprise fifth figure of Christ as Suffering Servant.

Biblical References to the Suffering Servant

There are four passages in Isaiah that highlight this fifth major figure, which is mysteriously known simply as the Suffering Servant. These texts are found in Isaiah 42:1–9; 49:1–6; 50:2–9; and 52:13—53:12. There are several important themes that are found in these passages. First, the Suffering Servant is sent on a mission from God. Second, the mission involves suffering on behalf of another. Third, although the Servant will suffer and be rejected, he will, in the end, be exalted and vindicated. Finally, his suffering will bring justice, salvation, and blessing to all nations.

This devotional will focus on the fourth Suffering Servant song found in Isaiah 52:13–53:12. The song is preceded by a scene in heaven where God declares how beautiful are the feet of His messenger who will bring good news and announce salvation (Isa. 52:7). The servant is sent on a mission from God. God declares that “my servant shall prosper” (52:13 NRSV). He will receive a threefold blessing of being “raised and lifted up and highly exalted” (52:13). The language reflects the coronation and exaltation of a king being exalted in God’s presence. However, this extraordinary exultation is set against the backdrop of suffering.

As the passage continues, we see that He is “marred” and “disfigured” (52:14). He is “despised and rejected by men, a man of sorrows, and familiar with suffering” (53:3). The song goes on to declare that the Servant will suffer on behalf of another: “Surely he took up our infirmities and carried our sorrows” (53:4). “He was pierced for our transgressions, he was crushed for our iniquities; the punishment that brought us peace was upon him, and by his wounds we are healed” (53:5). It was the will of God that this Servant experience suffering, for it was through the vicarious suffering of the Servant that “my righteous servant will justify many” (53:11) and bear the sin of many, making intercession for the transgressors (53:12). The unfolding picture of the Servant is predicted to cause astonishment among the nations, and silence the kings of the earth (52:15). The quotation of the Suffering Servant songs in the New Testament makes it clear that the early church understood that Jesus Christ was the Suffering Servant. He was sent on a mission from God that would involve suffering on behalf of others. It was only through that suffering that the nations would be redeemed and God’s ultimate plan would be accomplished.

When Jesus came and began to heal the sick and cast out demons, the gospel of Matthew identifies Jesus with the Suffering Servant, who “took our infirmities and bore our diseases” (Matt. 8:17 NRSV, quoting Isa. 53:4). Later, after the resurrection, Philip encountered an Ethiopian eunuch in his chariot, reading the Suffering Servant song from Isaiah 53. The book of Acts specifically quotes the passage, which says, “Like a sheep he was led to the slaughter, and like a lamb silent before its shearer, so he does not open his mouth” (Acts 8:32 NRSV, quoting Isa. 53:7). We are told that Philip joined the Ethiopian in the chariot, and “starting with this Scripture, he proclaimed to him the good news about Jesus” (Acts 8:35 NRSV). The Ethiopian was baptized, becoming not only the first African Christian, but also signifying the global, multi-ethnic reach of the redemption found in Jesus Christ. The apostle Peter also identifies the Suffering Servant with Jesus when he declares about Jesus that “He committed no sin, and no deceit was found in his mouth” (1 Peter 2:22, quoting Isa. 53:9).

Jesus as Both Priest and Sacrifice

The earliest believers were totally disillusioned when Jesus was sentenced to die upon the cross. All of their messianic hopes seemed to be dashed to the ground. They did not see how Jesus’ death could fulfill all of the kingly, prophetic, and priestly roles that they expected in their long-anticipated messiah. What they did not realize, however, is that there was a deeper plan that they had not anticipated: namely, that God would reveal his greatest glory through suffering. God would be exalted through humiliation. God would ultimately be victorious through apparent defeat. Christ would be both priest and sacrifice!

In C. S. Lewis’s well-known story The Lion, the Witch and the Wardrobe, the evil witch demands the life of young Edmund, who had been revealed as a traitor. She demands exact and unmerciful payment. What he owes her must be paid and paid in full—with nothing less than Edmund’s life.

The great lion Aslan, who is the Christ-figure in the story, comes forward and tells the evil witch he will be willing to suffer and die in place of Edmund. The witch agrees and kills Aslan and celebrates her victory over her archenemy, the lion. However, at the dawn of a new day, Aslan rises from death to life. Aslan explains that although the wicked witch knew the “deep magic,” which demanded the death of one who is a traitor, her knowledge only goes back to the dawn of time. Aslan knew a “deeper magic from before the dawn of time.” That knowledge was that if a willing victim who had committed no treachery offered up his life for the traitor, then death itself would be overturned.

This is a picture of what God has done in the gospel of Jesus Christ. All of the great themes and figures in the Old Testament are brought together and fulfilled through the life and work of the Suffering Servant. Wesley summed up this amazing truth in his hymn “And Can It Be?”

He left his father’s throne above, so free, so infinite his grace,
Emptied himself of all but love, and bled for Adam’s
helpless race;
’Tis mercy all, immense and free, for O my God,
it found out me!
’Tis mercy all, the Immortal dies! Who can explore his
strange design?
In vain the firstborn seraph tries to sound the depths
of love divine.
’Tis mercy all! Let earth adore, let angels minds
inquire no more!

The mystery of the Suffering Servant is, indeed, a strange design. Yet, this is what led the apostle Paul to declare that he determined “to know nothing while I was with you but Jesus Christ and him crucified” (1 Cor. 2:2). It is in the presence of the Crucified One, God’s Suffering Servant, that we finally begin to see the full contours of God’s great plan. In the gift of God’s Son into the world—One born to suffer and die—we finally come to fully know and comprehend the love of God.

You may have been disappointed in the love you received from your parents, or, if you are married, from your spouse. However, in Jesus Christ the fullness of God’s love is revealed. It is love alone that transforms us. We will never hate our sin enough to leave it. It is God’s love that transforms us and empowers us to change. It is in the arms of His great embrace that we discover what it really means to be a child of God, adopted into His family. There are many wonderful things we can say about God. We can joyfully declare that our Triune God is a great King or our High Priest or the greatest Prophet, but there is no greater declaration than the profound truth that God is love, holy love. Yes, God is love—we know it because Jesus Christ came into the world as the Suffering Servant. “For God so loved the world that he gave his only Son, so that everyone who believes in Him shall not perish but have eternal life” (John 3:16).

Prophets told of one whose suffering borne in love would end our pain;
Jesus, perfect Suffering Servant, You have made us whole again.
Jesus, Lord of all creation, Word of God in flesh made known;
You have purchased our salvation—now our lives are Yours alone.
Jesus, all our hopes fulfilling, second Adam, Abraham,
Moses, David, Suffering Servant—God Himself, the great “I Am!” 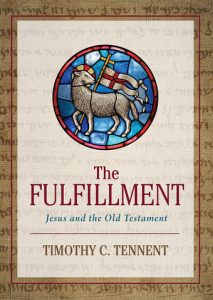 Did you find this entry helpful? Then you’ll enjoy Timothy Tennent’s book, The Fulfillment: Jesus and the Old Testament, where he explores how Jesus Christ fulfills many Old Testament characters, stories, themes, and practices. Get your copy from our store here.