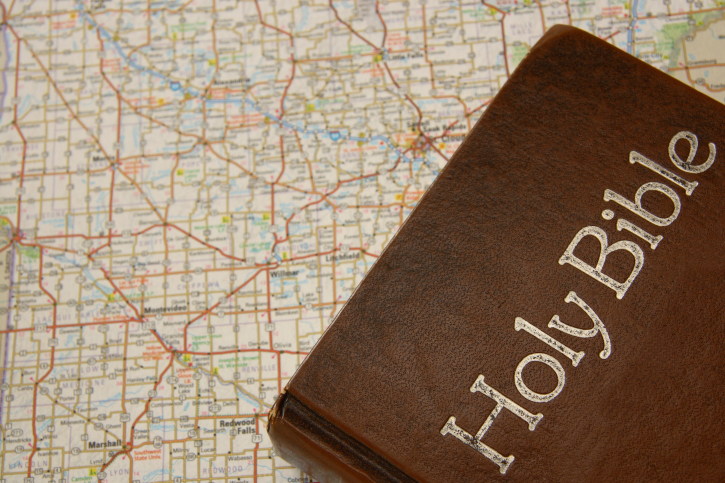 Caleb Friedeman’s recent post titled “Eight Things Wesleyans Could Learn from Neo-Calvinists” seemed to be right and true. It got me thinking, however, about the abundance of distinctive Wesleyan doctrinal tenants that we hold either uniquely as a people, or have long posited in our theological understanding. It is helpful to note that as Caleb’s list of eight items is reviewed, one can recognize that Wesley himself would have affirmed those statements. Almost all of those “Calvinist” virtues were either explicitly written and preached by Wesley or clearly modeled in his sixty years of active ministry. Similarly, true to the Anglican Wesley, orthodox Christians will find nothing new in the following list of Wesleyan ideals. Wesley expounded no special biblical truths, he simply shined a light on those longstanding doctrines or disciplines that had been well-known, but little understood or practiced. The following are 9 Wesleyan distinctives that, if recovered, have the power to awaken the life of the Church and transform the world:

1. Witness of the Spirit.

John Wesley famously searched for “that faith that no man could have without knowing that he had it.” He longed for an intimate experience of the Holy Spirit’s empowering presence in his life. His soul’s search was decisively satisfied in 1738 at Aldersgate Street where he “felt his heart strangely warmed.” It was during a reading of Luther’s Preface to Romans which described the change that occurs in the heart of the believer through faith alone. The undeniable ever-present experience of the indwelling Holy Spirit has been a cardinal testimony of Wesleyan-minded folks ever since.

The tension of living between the unlimited loving grace and forbearance of heavenly father on one hand and on the other hand the awful righteous holiness of a sin-rejecting divine authority has vexed believers since the beginning of time. Truly God loves the sinner but hates the sin. No group of believers were more dogged in their pursuit of purity of thought and life than were Wesley’s Methodists. Also, there was no greater advocate for the truth that God’s love is greater than man’s sin. Wesley’s emphasis on God’s empowering love risked being misunderstood as antinomianism, which rejects the legalistic teaching against sin. Wesley was comfortable living in this tension and we are called to do the same.

The most compelling and joyous of Wesley’s emphasis was the “love of God shed abroad in the heart.” Believers were to expect that the sanctifying work of the Holy Spirit included an all-new inner person that was saturated in an irrepressible love for God and neighbor. As a person experiences New Birth there is an astonishing reorientation of desires and priorities. Anger and jealousies melt away as personal self-interest is turned towards sacrificial compassion for the needs of others. This radical transformation becomes a contagious testimony of peace and love that changes families and communities.

4. Living the Means of Grace.

Wesley referenced the “expulsive power of a positive affection” as a key to sustainable life change. Methodists always had before them a number of ongoing disciplines that were known to bring an increase in spiritual authority. This list often varied depending on the context, but it typically included: Prayer, Bible Reading, Worship, Holy Communion, Fasting, Acts of Mercy, and Accountable Relationship. Persons proactively engaged in these empowering disciplines found an increase in the virtues for which their hearts deeply longed.

The foundation stone of primitive Methodism was the bands and classes. Wesley understood early on that accountability lived out in small intimate community was the key to personal transformation. He admonished his new converts to join together and “work out their salvation with fear and trembling.” He knew that transparent friendship and shared feelings were the key to sustained life change. Ironically, Methodists today struggle to reclaim this model, while rapidly growing high-impact churches across the world emphasize some variation of “cell groups” as their organizing principle.

Wesley spoke constantly against divisions within the body of Christ. He emphasized that the enemy won when Christians became opponents of each other. Wesley’s own resolve to this belief was tested in his relationship with George Whitefield who was a strident Calvinist. These two anointed evangelists never came to agreement but never fully broke from fellowship with each other. Wesley’s much quoted belief was that “In essentials unity; in nonessentials liberty; in all things charity.” In an era when Christ followers seem quick to turn on each other over perceived doctrinal disagreements we should all look to Wesley and Whitefield for our role models.

Much maligned, often misunderstood, and excessively abused, Wesley’s teaching on what has variously been called Entire Sanctification, Christian Perfection, Holiness, or Perfect Love has never failed to elicit debate inside and outside traditional Wesleyan tribes. Wesley himself declared in the last months of his life that the doctrine of sanctification was the “Grand Depositum of Methodism, that for which we were chiefly raised up.” We live in a generation bound up in countless addictive disorders. A Wesleyan understanding of the power of the Holy Spirit to redeem and restore provides a hope that life can be reclaimed and with God’s help despair can become joy.

Following Wesley’s Aldersgate experience the Methodist movement became intense. Sinners set free from the bondage of sin acted emotionally and strangely. Falling “thunderstruck,” uncontrolled laughter, convulsions and shaking, and other manifestations were commonly seen. At first Wesley was distressed by these outpourings, but he soon became reconciled to the emotional expressions as appropriate to the situation, especially as he saw the same occurrences in his travels to numerous distant places. The radical transformations that occurred in the liberated believer could simply not be contained. Proper formality and prejudice was set aside as captives were freed and spirited worship ensued. Today’s Pentecostals still embrace this exuberant expression of their primitive Wesleyan roots. All worshipping communities today could gain from occasionally laying their self-conscious stiffness aside and becoming lost in the “joy of the Lord.”

9. Salvation for any or all.

Its difficult for non-Calvinists to reconcile their notion that salvation is not offered to “whosoever calls on the name of the Lord.” The great urgency in Wesleyan evangelism was the fear of eternal death for lost sinners who died without confessing the name of Jesus. Methodists were taught to fear the wrath to come. Wesley characterized himself as “an arrow passing through the night hoping to land safely on that happy shore.” Wesleyan believers offered conversion and heavenly comforts to all without precondition or limitation. Wesleyans believe that the only thing that limits salvation is an individual’s rejection of the open invitation of Jesus to accept His Lordship and live with Him forever.

Yes, as unlikely as it would seem, Calvinists would gain mightily from embracing these core biblical precepts. But it is of vastly greater urgency that us modern day descendants of Wesley—Methodists (of all varities), Nazarenes, Holiness folks, Penetcostals—and every other living person, really, find full life in Christ through these still powerful spiritual truths. Alarmingly, few persons today have more than a passing knowledge of what is outlined above. The recognition that most of these Wesleyan fundamentals are unknown to our people is the true explanation for the spiritual anemia afflicting this generation. Wesleyan leaders must fully awaken themselves—and subsequently be capable of leading this discouraged and defeated tribe of “Methodists” back to its rich treasure of Holy Spirit empowerment and doctrinal vitality.

What Wesley discovered—or more accurately what God revealed to Wesley—was an ageless truth that exploded organized religion and reverberated for centuries and is echoing still. The task before all Christ followers today—Calvinist and Wesleyan—is to lay down nonessential differences and join in the unity of believers to reach a desperate humanity which now—as in Wesley’s own time—is “looking for love in all the wrong places.”