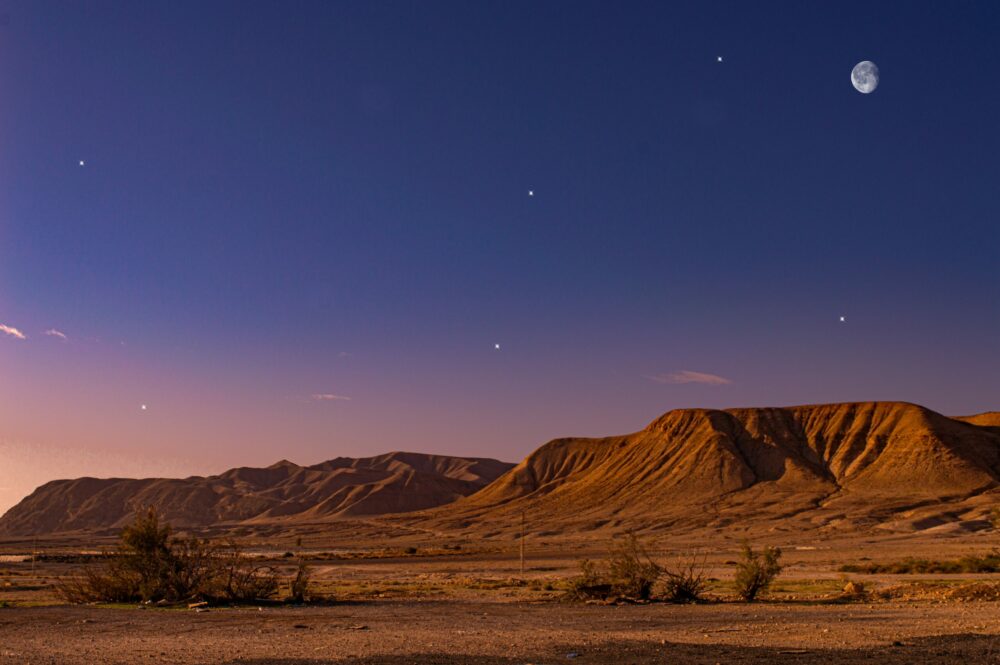 What is a theocracy? The word is actually two words: theos + kratos (<kratew) meaning god + rule. Thus, a “theocracy” is a government ruled by God. Not symbolically or metaphorically, but actually ruled by God. Yahweh was enthroned in the Holy of Holies, “above the cherubim.” Here God does what all kings do: he meets with his people, adjudicates legislative issues, receives tribute, and decrees policy. This means that Israel, from the days of the settlement through the exile, was indeed the kingdom of God on earth.

I find that many Christians are surprised to hear the term “kingdom of God” applied to the Old Testament. Many think this is a New Testament idea. But as Israel was, indeed, “ruled by God” this means that Israel’s territory was actually God’s territory. Because of this, Israel’s enemies were God’s enemies. And Israel’s political interests were God’s political interests. This is an extremely important piece of the theological puzzle when one attempts to understand the nature of the Mosaic Covenant, the monarchy, and how these Old Testament realities relate to the New Testament. Many of the perennially perplexing moral questions that arise between the Old and New Covenants derive from a misunderstanding of this one concept.

So how did God set up his theocratic nation? Deuteronomy 17:14–18:22 tells us that there were three theocratic offices established in the Sinai covenant. Staffed by human representatives, these were the prophet, the priest, and the king. The job description of the priest was to represent the people to God via mediation and sacrifice. The priests maintained and facilitated the cultic system. The prophet spoke for God to the people, essentially as Yahweh’s messenger to his vassal nation. Thus, Isaiah, Jeremiah, Ezekiel, and the Twelve received their messages from God as might a diplomat being sent from one head of state to another. The king was the “type man” of the nation. His job was to keep the people of Israel on track in their adherence to the covenant and to live his life as the ideal, covenant-keeping Israelite. As heirs of monarchy, Americans typically assume that out of these three officers, the king was the most powerful. But in Israel’s government, this was not the case. In Israel, the human king was only a steward of the true king, Yahweh. It was the prophet (whose job was to speak for the true king) who held the ultimate authority.

In this God-centered government, the priests (all descendants of Levi, Num 3:1–13) ran the central cult site. From Moses onward, there were two levels/castes of priests. The sons of Aaron inherited the first tier—they assisted in sacrifice at the altar, offered oracles and judgment, spoke before the army, and enforced orthodox worship in all its facets. They always served in the central cult site, whether that was at Mount Ebal, Shiloh, or Jerusalem. The Levites, on the other hand, were the second tier. They served throughout the tribes and were on rotation at the central cult site.

What This Meant for Israel’s Leadership and Everyday Life

As we think about our Israelites as real people, we need to ponder how the role of the theocratic officers affected their everyday lives. In Deuteronomy 10:8–9 (cf. 18:1–5) we are told that because of their role in the central sanctuary, “the Levites have no share or inheritance among their fellow Israelites; the Lord is their inheritance, as the Lord your God told them.” This is completely unique among the citizenry. Every other Israelite tribe, clan, and family had been given land by which to support themselves. Not the Levites. Their occupation, therefore, was not to farm or fish or craft; their job was to serve the religious needs of the people. As a result, the Levite is regularly listed along with the “widow, orphan, and resident alien” as someone to whom the citizenry should show hospitality and charity. Interesting to me as well is that the Levite was in some sense the “cheerleader” for the army. It was the priest who addressed the army before they would go into battle—not the prophet or the king (see Deut 20:1–4).

As for the prophet, this officer essentially acted as a divine diplomat, bringing the message of the nation’s sovereign Yahweh to their steward, the human king. As you noted in your study above, the prophet’s job description is fashioned after the role of Moses. God speaks directly to his prophet, and the prophet speaks to the people. If the prophet alters the word he has been given (cf. Deut 13:1–5), he has committed high treason, a capital crime. Keep in mind that in other nations, prophets pretty much told the king what he wanted to hear (in 1 Kings 22:1–28 we see this going on in Israel as well). Thus, being a prophet was not always a popular vocation—people ancient and modern rarely want to hear when they’ve messed up.

As for the king, in addition to leading the nation in their military and political endeavors, he was to “write for himself on a scroll a copy of this law” and to “read it all the days of his life.” Why? Because in Israel, unlike the rest of the ancient Near East, the king was not above the law. “Insider status” did not deliver the king from God’s scrutiny. Rather, the king kept a copy of the law “so that he may learn to revere the Lord his God.” As Lawson Stone says it in his Judges commentary: “Kings in Israel were called not to exercise power, create opulent palaces, temples, and capital cities, but to stand as guardians of Yahweh’s covenant, upholding the spirit and letter of his moral law. Just as Adam was to tend and guard the garden, the king was to tend and protect the covenant people.”

What would our local communities look like if every officer of our government played by the same rules, and those rules were God’s rules? 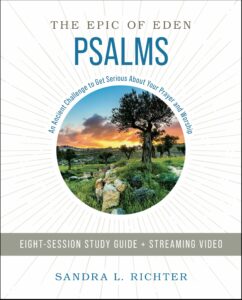 Did you enjoy this entry? It’s an excerpt from Sandra Richter’s latest Bible study, Epic of Eden: Psalms. Epic of Eden brings our ancestors in the faith to the table where we learn from them in a cross-cultural experience bridging historical and modern day life. This eight-session study of the Book of Psalms masterfully mixes scholarly and practical teaching through the most-known wisdom Book of the Bible.