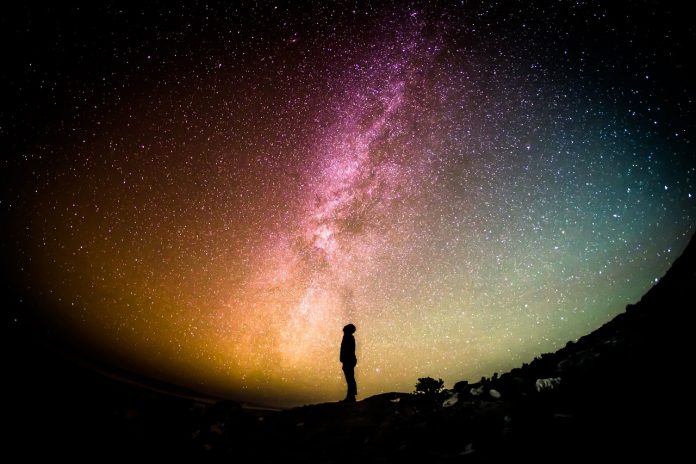 What distinguishes a Methodist? Ask John Wesley (1703–1791), the person who started it all, and a core point of his response would be, “Holiness of heart and life.” This is at the center of what we need to recover. Throughout Christian history, there have been those who rejected the beautiful fullness of orthodox faith. For example, the antinomians took liberties by rejecting what they considered to be legalism. Enthusiasts, on the other hand, gloried only in an emotional fanaticism. Still others embraced a form of Phariseeism that focused on the letter of the law to the exclusion of grace and mercy.

The lingering threat of becoming nothing more than a dead sect is ever before us. We need a recovery of holiness of heart and life, the antidote of the relativism that is the operative dynamic of our culture. The Christian apologist Francis Schaeffer (1912–1984) once wrote, “If our reflex action is always accommodation, regardless of the centrality of the truth involved, there is something wrong. Just as what we may call holiness without love is not God’s kind of holiness, so also what we call love without holiness is not God’s kind of love.” (Francis Schaeffer, The Great Evangelical Disaster [Wheaton, IL: Crossway, 1984], 64.)

Holiness is not a tangential option for Christians. At the same time, it must also become unbridled from the pejorative term “holier than thou.” Holiness is not about casting judgment on others. Holiness, in the biblical sense, means living in sync with God’s purpose and ways. So many of our painful trials and tribulations occur when we are living out of step with the holy rhythm of heaven. Holiness puts us back on track. The Trinity is our witness and provides a compelling exhortation. We read in the Old Testament that God said, “You shall be holy, for I the Lord your God am holy” (Lev. 19:2 NKJV). At first reading, that can appear like a heavy burden to carry, but as we grow in our relationship with God we discover that he is the one who enables and encourages us to walk the path with his guidance. Jesus said something similar to the Old Testament passage in different words, “you shall be perfect, just as your Father in heaven is perfect” (Matt. 5:48 NKJV). Within a grace-filled faith, we make a clear distinction between the trap of “perfectionism” and the “being made whole” that Jesus meant. It is important to remember that the Greek word telos that is translated in English as “perfect” can also be understood as “mature, accomplished, or made complete.” The Holy Spirit, through inspiration given to Peter, confirms the call: “as He who called you is holy, you also be holy in all your conduct” (1 Pet. 1:15 NKJV). Throughout the Scriptures, there is the call for the people of God to be set apart as a holy people, living in sync with the will and way of God and moving forward with maturity to be made complete.

It is a common understanding among most scholars that holiness became Wesley’s most distinctive doctrine. In 1733 he preached a sermon called “The Circumcision of the Heart,” his most careful and complete statement of his understanding of “salvation from all sin, and loving God with an undivided heart.” Noted Wesleyan scholar Dr. Albert Outler (1908–1989) stated that this sermon expounded “what would thenceforth become his most distinctive doctrine: Christian perfection understood as perfect love of God and neighbor, rooted in a radial faith in Christ’s revelation of that love and its power.” (John Wesley, The Works of John Wesley, vol. 1, ed. Albert C. Outler (Nashville, TN: Abingdon Press, 1984), 398–99.) This is the only sermon Wesley preached before his pivotal Aldersgate experience in 1738, where his heart was “strangely warmed,” that he kept primarily in its original form, and used throughout his life in teaching Methodists.

Wesley’s thoughts were rooted in Paul’s call for a “circumcision” of the heart (see Romans 2:17–29). The Jews had allowed circumcision, the unique mark of their identification as a covenant people, to become superficial and meaningless. “Circumcision has value if you observe the law, but if you break the law, you have become as though you had not been circumcised”(Rom. 2:25). Paul follows this assessment of the situation by making his case clearly: “A person is not a Jew who is one only outwardly, nor is circumcision merely outward and physical. No, a person is a Jew who is one inwardly; and circumcision is circumcision of the heart, by the Spirit, not by the written code. Such a person’s praise is not from other people, but from God” (Rom. 2:28–29). Wesley never abandoned that sermon’s ideal of holiness. However, prior to his Aldersgate experience, he consistently misplaced holiness. He was driven by the idea that one must be holy in order to be justified or made right with God. This futile notion drove him to deep despondency, which eventually took him to Aldersgate. One of the most decisive shifts was a reversal of the order of salvation: justification preceded holiness, not vice versa.

How Then Must We Live?

First, exercise faith. The One who saves is the One who sanctifies. God does not require what is not possible by grace through faith. “Such a faith as this cannot fail to show evidently the power of him that inspires it, by delivering his children from the yoke of sin, and ‘purging their consciences from dead works,’” wrote Wesley, “by strengthening them so that they are no longer constrained to obey sin in the desire thereof; but instead of ‘yielding their members unto’ it, ‘as instruments of unrighteousness’ they now ‘yield’ themselves entirely ‘unto God as those that are alive from the dead.’” (See Romans 6:12–13; The Works of John Wesley, 406)

Second, don’t give up pursuing freedom from sin. Inherent in God’s call to holiness and maturity is the promise of fulfillment. God makes gracious provision for all he asks of us. Climatically, after the glorification of Christ, the sanctifying grace of the Holy Spirit was accorded in full measure to believers. So by the power of the Holy Spirit, sanctifying grace gives us power over sin.Paul admonishes us, “Count yourselves dead to sin and alive to God in Christ Jesus” (Rom. 6:11). No longer are we to be “slaves to sin” (Rom. 6:6). Settle this truth solidly in your mind, and call often to awareness: God’s grace is more powerful than the lure of temptation.

Third, be willing to be equipped for ministry. By the power of the Holy Spirit, sanctifying grace equips us for ministry.One of the biblical meanings of sanctificationis to be “consecrated for the services of God.” Being equipped for ministry has special relevance to the notion of holiness. The way someone introduced Mother Teresa makes the case: “She gave her life first to Christ, and then through Christ to her neighbor. That was the end of her biography and the beginning of her life.”

Holiness is a call not just to individuals but for the community of faith to act as the body of Christ in the world. As the body of Christ, the church is to be his presence in the world, seeing with the eyes, speaking with the voice, healing with the hands of Christ among the poor and the elderly, among those who are economically deprived and politically oppressed, among the strangers in our midst, among the emotionally and mentally ravaged, among those in the tenacious grip of alcohol and drugs, among our ethnically divided communities, among the homeless and the single moms living on the edge of despair, and among prisoners and ex-convicts who see little hope of acceptance and jobs.

In all of this and the unrecognized suffering around us, we must also breathe with Christ’s Spirit. As his body, we are not only a human organization, we are a spiritual organism. Our life is the life of Christ, empowered by the Holy Spirit. The Spirit continues to blow through the church, which is Christ’s body. And as the Spirit blows, the gates of hell cannot prevail against the church.

Last, embrace experiences that will require you to grow. By the power of the Holy Spirit, sanctifying grace provides us an experience in which we can grow. We are completely cleansed from sins committed. Though our sin nature may not be completely eradicated, we can be so perfected in our bent toward love that our sin nature is sorely diminished in power and no longer dominates our will. Our spiritual disciplines will enable us to be moment-by-moment dependent upon God under the lordship of the indwelling Christ.

Did you enjoy this entry? It is an excerpt from A Firm Foundation, authored by several leaders in the Wesleyan movement. Get it from our store here.