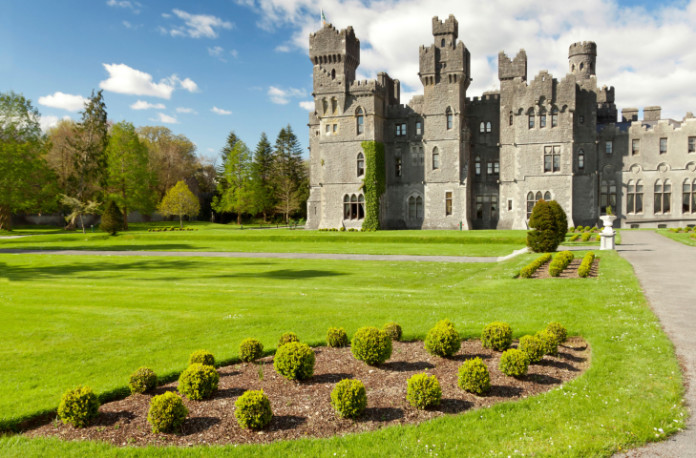 In Europe’s Middle Ages (500-1500), people knew nothing about bacteria and other microbes. So they suffered the consequences in disease and plague.

Today in North America people know next to nothing about ecology and the complex interplay between human life and well-being and that of plants, animals, insects, and earth, air, and water. So we suffer the consequences in diseases of body and mind, society and environment.

Farfetched comparison? No. The parallel is surprisingly exact.

Consider these similarities between Medieval Europe and modern-day North America:

Ignorance plays a role. For the most part, medieval folks had no idea what actually caused disease. Or they had wrong ideas. So when the Black Death (the plague) devastated much of Europe from 1348 to 1350, people died as much from ignorance as from disease. Perhaps as many as 200 million died from a bacterial infection spread by fleas carried by rats and other rodents. The Black Death profoundly shaped European history. It had a huge impact socially and spiritually as well as demographically.

That is but one example among dozens.

Science plays a key role. Science is cumulative; it adds up. Each generation of scientists builds on the work of their predecessors.

In the case of human diseases, it would be centuries before the existence of bacteria and their role in disease was understood. Morton Thompson’s 1949 novel The Cry and the Covenant tells the dramatic story of Ignaz Semmelweis (1818-1865), the Hungarian-born Viennese physician who discovered that if doctors would simply wash their hands before delivering babies, the incidence of the death of mothers could be cut drastically, to below 1%. Doctors were carrying disease from one mother to another.

Wikipedia gives a good summary: “Semmelweis’ observations conflicted with the established scientific and medical opinions of the time and his ideas were rejected by the medical community. Some doctors were offended at the suggestion that they should wash their hands and Semmelweis could offer no acceptable scientific explanation for his findings. Semmelweis’ practice earned widespread acceptance only years after his death, when Louis Pasteur confirmed the germ theory and Joseph Lister . . . practiced and operated, using hygienic methods, with great success.”

The church plays a key role, both positively and negatively. On the plus side, Christians were at the forefront of caring for the sick and promoting health. Today’s nursing profession and hospital system trace back directly to the church, and particularly to orders of Christian women.

On the minus side however, the church sometimes blocked or held up scientific advance through ignorance, superstition, or too-narrow interpretations of Scripture, especially before the Renaissance and Reformation. Only gradually did the church adjust its theology, worldview, and practices to accommodate irrefutable scientific discoveries.

On the plus side again, it’s worth mentioning that most of the great medieval and early-modern scientists were devout Christians. Others were Jews, Muslims, or perhaps agnostics.

Finally, change is a struggle. It takes time. Today social scientists study the process of the diffusion of innovation; leading adopters; tipping points, and all that. Change is always a struggle. And of course change can be good, bad, or mixed.

In medieval Europe, it took centuries for the accelerating pace of scientific discovery to bring about the lengthened life spans and relatively high level of overall health that Europe today enjoys.

Things do change with time. New discoveries, wedded to growing concern for the public good, eventually have their effect. True then; true now.

What’s the point, then, for us today?

First, many of us live in Medieval America. We are like Middle Ages folks in our ignorance of the basic science of how God’s good creation actually functions ecologically. We are just beginning to understand the meaning of ecosystems and the inescapable interdependence between our own thriving and the flourishing of the rest of creation. Most of us still know nothing about the essential interplay between our own wellbeing and that of God’s other creatures and of earth, air, and water. So we suffer the consequences in diseases of body, society, and environment.

As I argue in Salvation Means Creation Healed, you can’t have healthy people or a healthy church on a sick planet.

This is not criticism; it is mere observation. This is the state of our knowledge. We are in the midst of an environmental plague. Finally we are beginning to understand this, even as millions still die from lethal environments.

Second, we should celebrate and encourage genuine scientific research on the created order and our place within it. The church should seek to promote genuine science, not criticize or politicize it.

Today scientists are mapping the Human Microbiome, following on from the Human Genome Project. This will hugely advance our understanding not only of human health but also of the complex interaction and interdependence between human health and ecosystem health. Your microbiome is the humongous community of trillions of microorganisms that live all over and inside your body and (mostly) help maintain health. (Google Human Microbiome if you want to be amazed.)

Third, as Christians we need constantly to reexamine our Bible and our traditions in light of verified new discoveries of science. Like medieval folks, we will again and again find ourselves surprised at how up to date God’s Word is. We will discover for example that the Bible is much more ecological than we thought. Increasingly we’ll read it through ecological eyes. This will enhance, not undermine, our confidence in biblical inspiration and authority.

Today’s Semmelweises, Pasteurs, and Listers are just now doing their scientific work on the links between environmental health and human flourishing. Or maybe they are our own children. We would be wise to pay attention, as part of our Christian discipleship.

Now: What do you think? Does this all make sense?

Note: This blog expands a brief item I posted on Facebook on March 3. 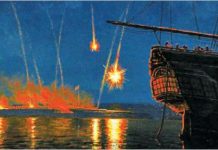